The three key reasons that triggered the immense Bitcoin correction were: strong multi-year resistance area above $10,000, whales moving to short the market on BitMEX, and extreme volatility heading into the halving.

Since mid-2018, the $10,200 to $10,500 range served as a historically strong area of resistance for the top-ranking cryptocurrency by market capitalization. 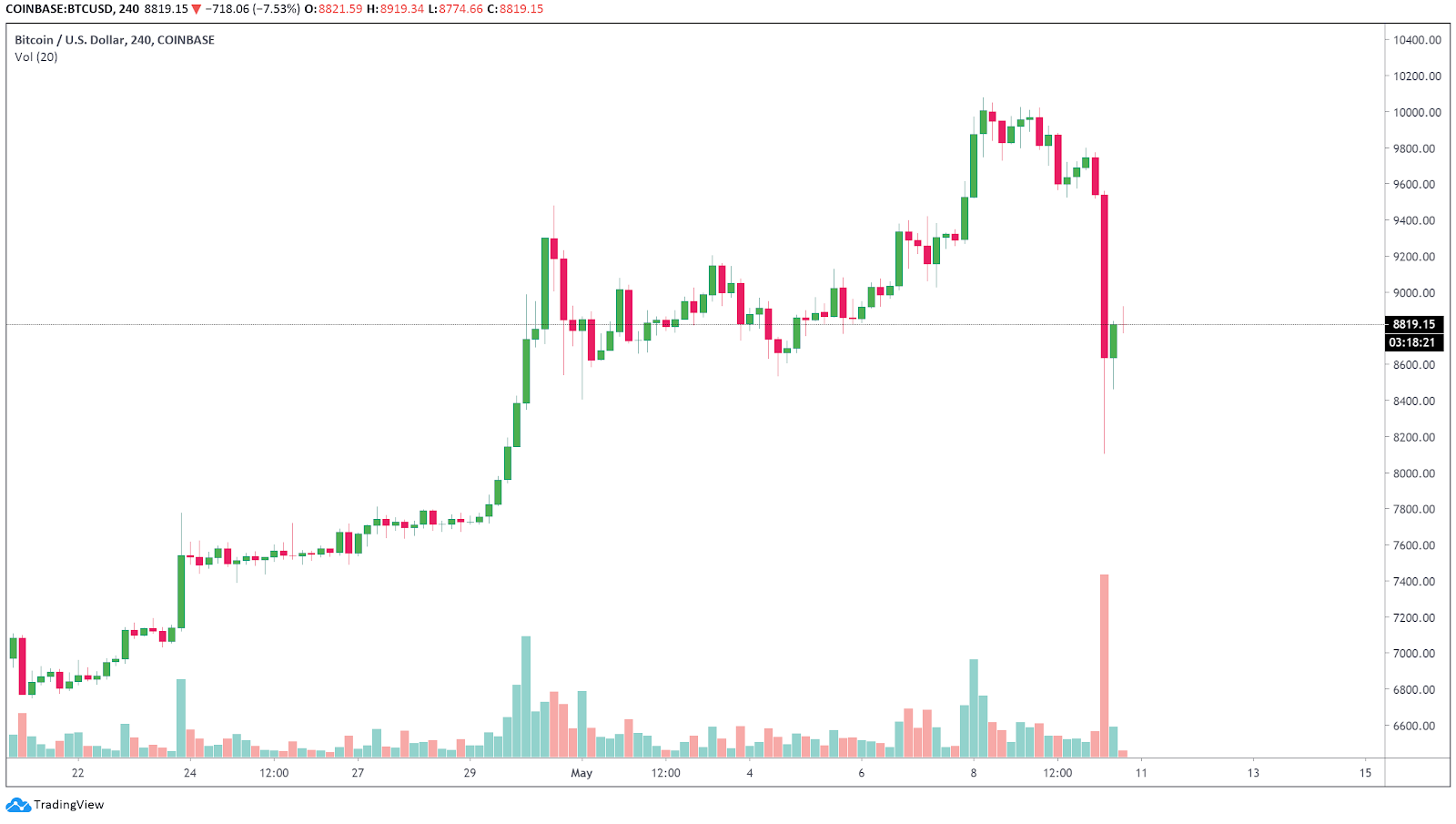 When the Bitcoin price initially broke down at $10,100 on May 8, it signaled the rejection of a key resistance level and left BTC vulnerable to a steep correction.

As whales started to sell at $9,900, it led to a cascade of long contract liquidations primarily on BitMEX and Binance Futures. In one hour, more than $200 million worth of longs were liquidated.

Whales quickly moved to sell BTC at the point of rejection

Almost as soon as the rejection of $10,200 was confirmed, whales started to fiercely short Bitcoin across major cryptocurrency exchanges.

The open interest on the big four derivatives exchanges that include Binance Futures, BitMEX, Deribit, and OKEx plunged. The term open interest refers to the total amount of long and short contracts open at a given time. 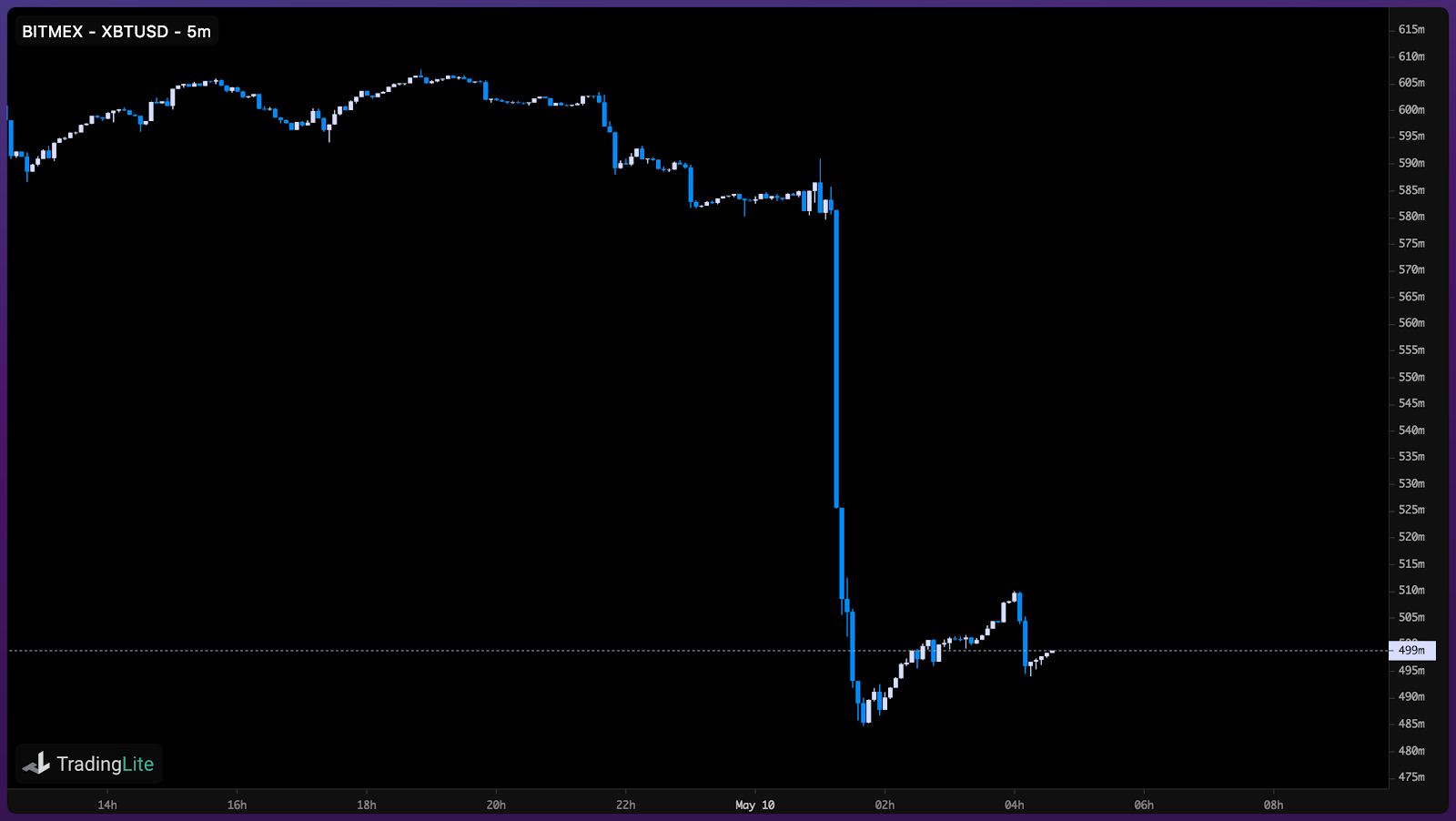 The rapid decline in open interest meant that as selling pressure began to build up, it caused over-leveraged buyers in the futures market to get trapped in their positions.

The funding rate on Bybit, Binance Futures and BitMEX remained at around -0.05%. A negative funding rate when the price of BTC is going down means that the overwhelming majority of the market is holding short contracts, expecting BTC to drop further.

In other words, many traders, especially whales, betting against BTC at a critical reversal point of a long-term trend triggered a sharp drop in a short period of time.

Massive volatility ahead of halving

Ahead of the Bitcoin block reward halving set to occur on May 12, trading activity on all major cryptocurrency platforms surged significantly.

When many new investors enter the market in anticipation of a major event, it opens the market up for a steep selloff.

For instance, after the 2016 block reward halving, the Bitcoin price dropped by more than 30%, as traders reacted with a sell-the-news response.

A confluence of an over-extended Bitcoin rally to $10,000, whales front-running retail investors with a sharp sell-off at $9,900, and high anticipation for the halving are triggering a near-term pullback prior to the May 12 Bitcoin halving.