Auditing giant Deloitte’s latest survey shows that almost 40% of respondents from major technology companies worldwide currently have blockchain in production — and almost nine in ten think blockchain will become more important in the next three years.

According to the results of Deloitte’s 2020 Global Blockchain Survey conducted from Feb. 6 to March 3, 2020, 39% of 1,488 senior executives and practitioners in 14 countries said they  have already incorporated blockchain into production at their companies —  a 16% increase on last year’s figures. The number rises to 41% when considering companies with over $100 million in revenue.

Blockchain is an increasing priority

The survey revealed many firms are increasingly prioritizing blockchain technology and the potential of digital assets in the future.

According to Deloitee, these high numbers may be related to hiring practices. The auditing giant reported 82% of respondents said they will be hiring staff “with blockchain expertise” within the next 12 months. Nearly the same percentage—83%—said they would lose a competitive advantage if they didn’t start adopting blockchain. 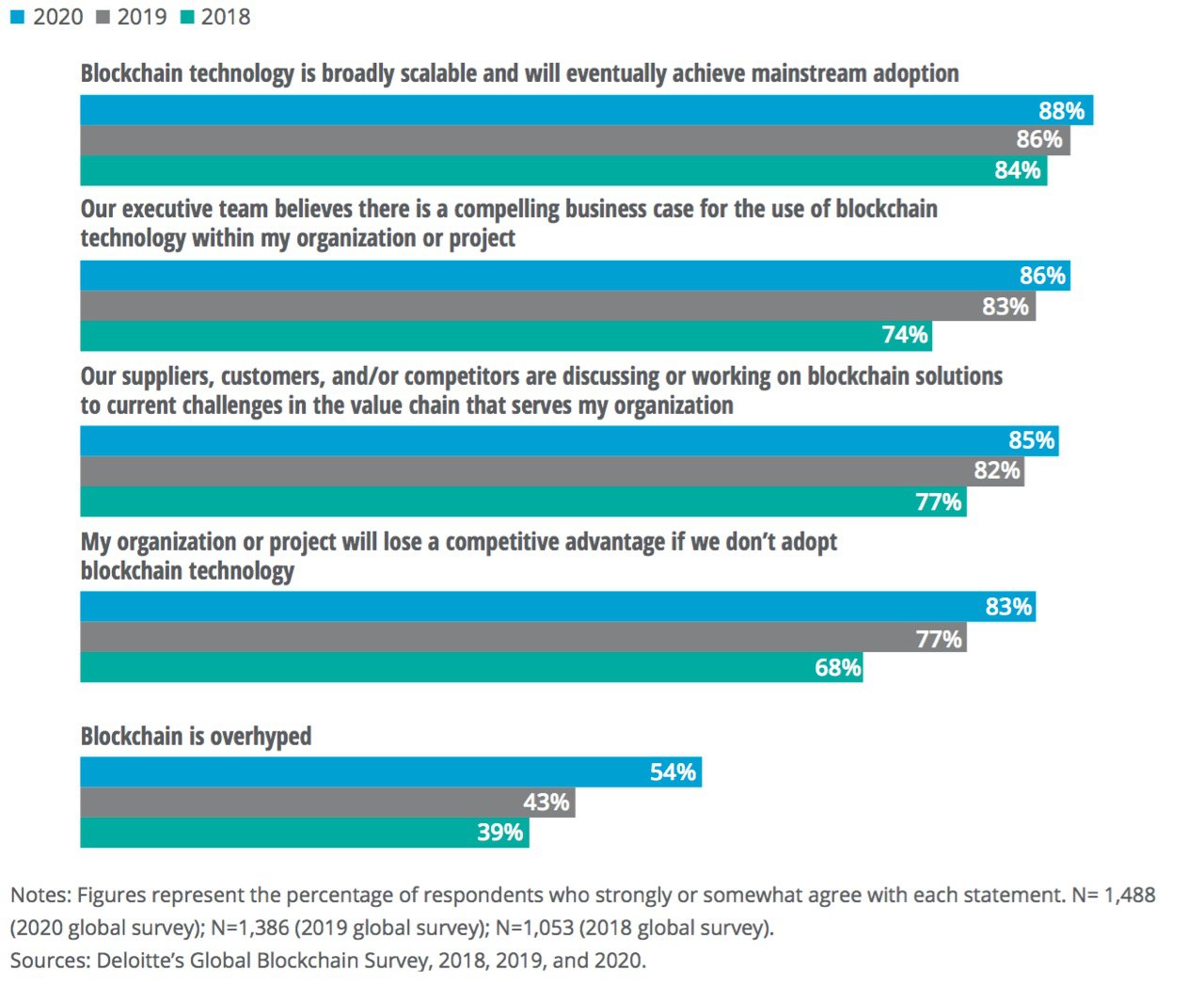 However, not all responses to blockchain innovation were positive. The survey showed 54% of respondents believe “blockchain is overhyped”, an increase compared to the 43% who said the same in 2019 and 39% in 2018.

Deloitte reported blockchain adoption was more accepted in certain countries. For example, while 31% of respondents in the United States said they already had blockchain in production, this number was nearly double—59%—in China.

Digital assets are increasingly popular in Asia. Of those surveyed from China, 94% said they “strongly” or “somewhat” believe that digital assets will serve as an alternative or replacement for fiat currency in the next 5-10 years.

Though the Deloitte survey was conducted in the early stages of the pandemic, Cointelegraph reported on a similar survey in April showing the interest for blockchain in China had significantly waned, with 70% of respondents remaining optimistic about its potential.

Ethereum Volatility Drops Below Bitcoin’s but ETH Options Are Bearish

Emily Parker: Why We Should Take Dogecoin Seriously