Bitcoin (BTC) has consolidated gains nearer $8,000 — but does the coming week have in store for the asset leaving stocks in the dust?

After jumping 10% in a day last week, BTC/USD has managed to keep hold of its gains over the weekend. Cointelegraph considers the major factors which traders should keep an eye on to avoid a nasty surprise.

Stocks continue to move higher, and Bitcoin continues to move in line with stock market sentiment.

While reducing its correlation in recent weeks, Bitcoin still remains sensitive to major moves on Wall Street. This week, prices there continue to trend upwards, but all is not what it seems, analysts warn.

“Sharp declines in market breadth in the past have often signaled large market drawdowns,” Bloomberg quoted strategists at Goldman Sachs as saying on April 27.

Narrow breadth can last for extended periods, but past episodes have signaled below-average market returns and eventual momentum reversals. 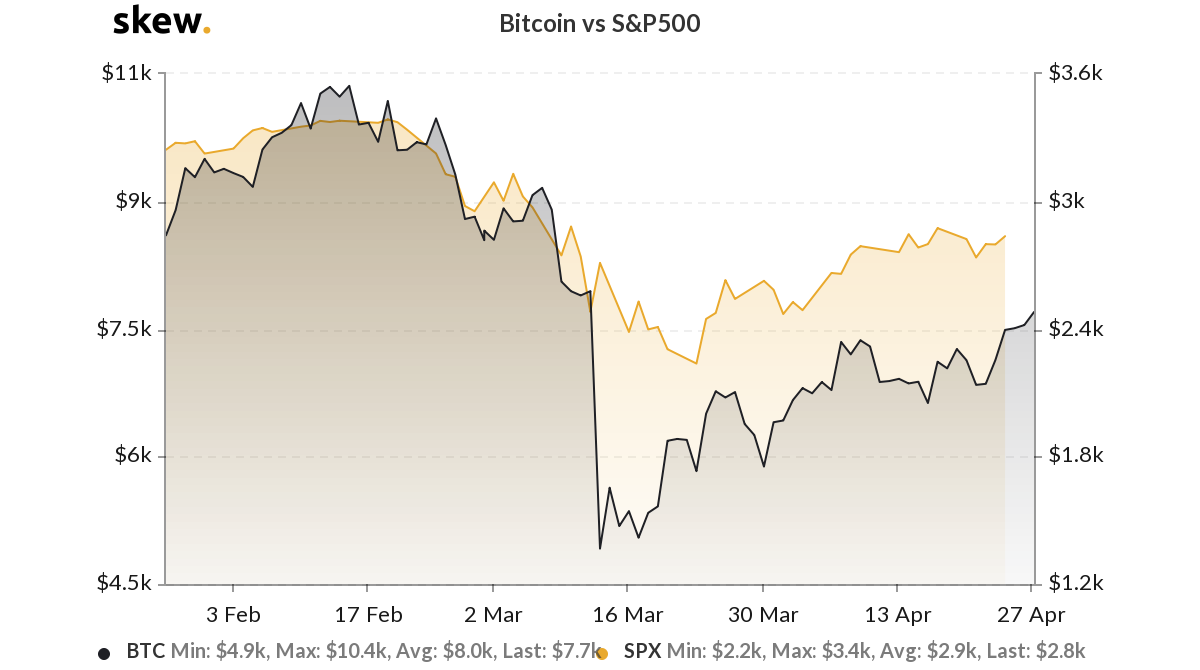 The warning that current swift gains could turn to losses capitalizes on existing concerns about the paradoxical status quo on markets. Despite millions of newly unemployed, small business implosions and trillions of dollars of money printing, stocks keep improving.

Oil is steaming ahead with its protracted sell-off. In Asian morning trading on Monday, WTI plunged by almost 10%, while Brent slumped 3.2% to near $20 a barrel.

No respite seems in sight for a market hammered by unprecedented negative prices last week — demand is unlikely to pick up for several months, while storage facilities have all but run out.

A previous effort by OPEC+ countries to cut production was not enough, commentators have said.

Bitcoin is overall impacted less by oil’s issues than those of other markets.

On Monday, it was the Bank of Japan’s turn to announce a flood of paper, signaling it would buy unlimited bonds in order to incentivize borrowing.

Questions remain over whether the United States Federal Reserve and European Central Bank will follow suit, the former having already inflated its balance sheet to a record $6.6 trillion.

For Bitcoin network participants, meanwhile, the picture is increasingly — and verifiably — positive.

Hash rate has recovered well since it dipped following the March price crash, consolidating at around 115 quintillion hashes per second (h/s). According to estimates from Blockchain, this is just 7 quintillion h/s below all-time highs seen earlier last month.

Mining difficulty is also set for a healthy uptick of 3.2% at the next adjustment in around eight days’ time. This follows a larger 8.5% boost that Cointelegraph reported on previously. 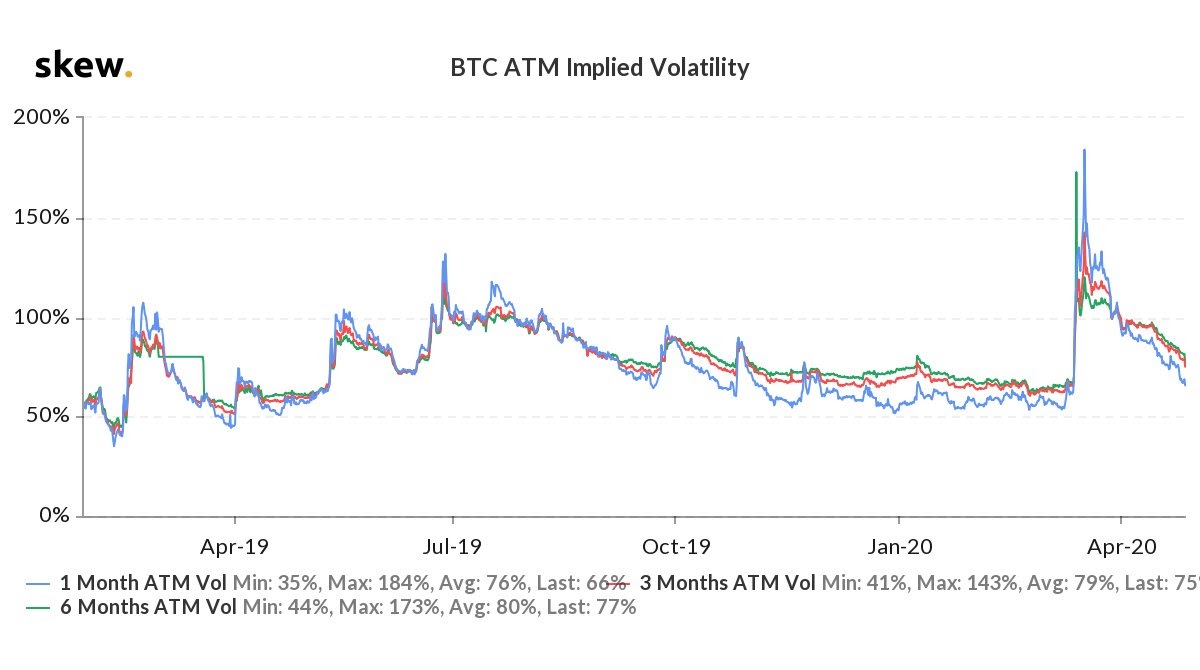 It is now just over two weeks until the third Bitcoin block reward halving. At that point, Bitcoin’s block subsidy will drop from 12.5 BTC to 6.25 BTC per block.

This reduces miner income significantly, while also drives up Bitcoin’s stock-to-flow ratio, as there will be fewer “new” Bitcoins created relative to the existing supply.

Some analysts have become worried that the drop in revenue will spark problems for miners, but the creator of the seminal stock-to-flow price model for Bitcoin now believes otherwise.

“2012&2016 halving data shows that difficulty will NOT adjust downward, but will keep rising post halving,” a tweet from PlanB on Friday reads.

Miners have ALREADY invested in new hw and are prepared for -50% revenue.

3 Signals Show That Ethereum Is Primed to Bounce After 35%...