Tuesday, Sept. 17 — Altcoins are showing massive upward price movements, while the No.1 cryptocurrency trades flat at around $10,200.

While the number of Bitcoin (BTC) wallet addresses holding a minimum of 10 BTC — worth over $100,000 — has hit an all-time high, the Bitcoin price continues to trade sideways, with an intraday high of around $10,320.

BTC has been slowly trading downwards to its current trading price of $10,216 and is showing a small gain of 0.8% on the day, according to data from Coin360. 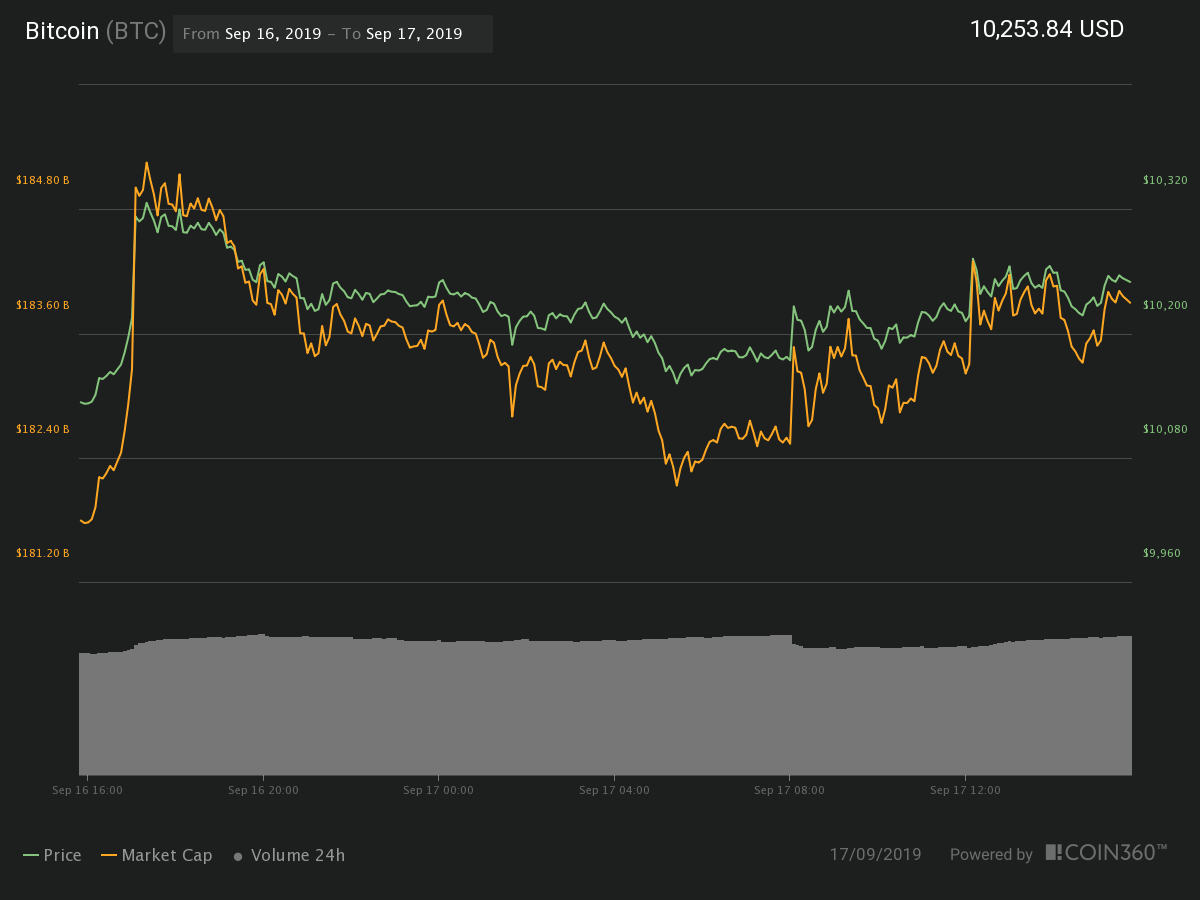 Cointelegraph reported previously that London-based law firm Michelmores LLP surveyed affluent millennials in the United Kingdom and discovered that 20% have invested in Bitcoin and other cryptocurrencies.

That millennials around the world love Bitcoin is supported by the results of another, United States-wide survey which indicated that cryptocurrencies are three times more popular among American millennials as a top-choice, long-term investment option than for Generation X.

While Bitcoin stalls, Ether (ETH) is continuing its bullish move to well above the $200 price mark. The most popular altcoin is currently trading at $208.26, showing impressive gains of 8.76% on the day. 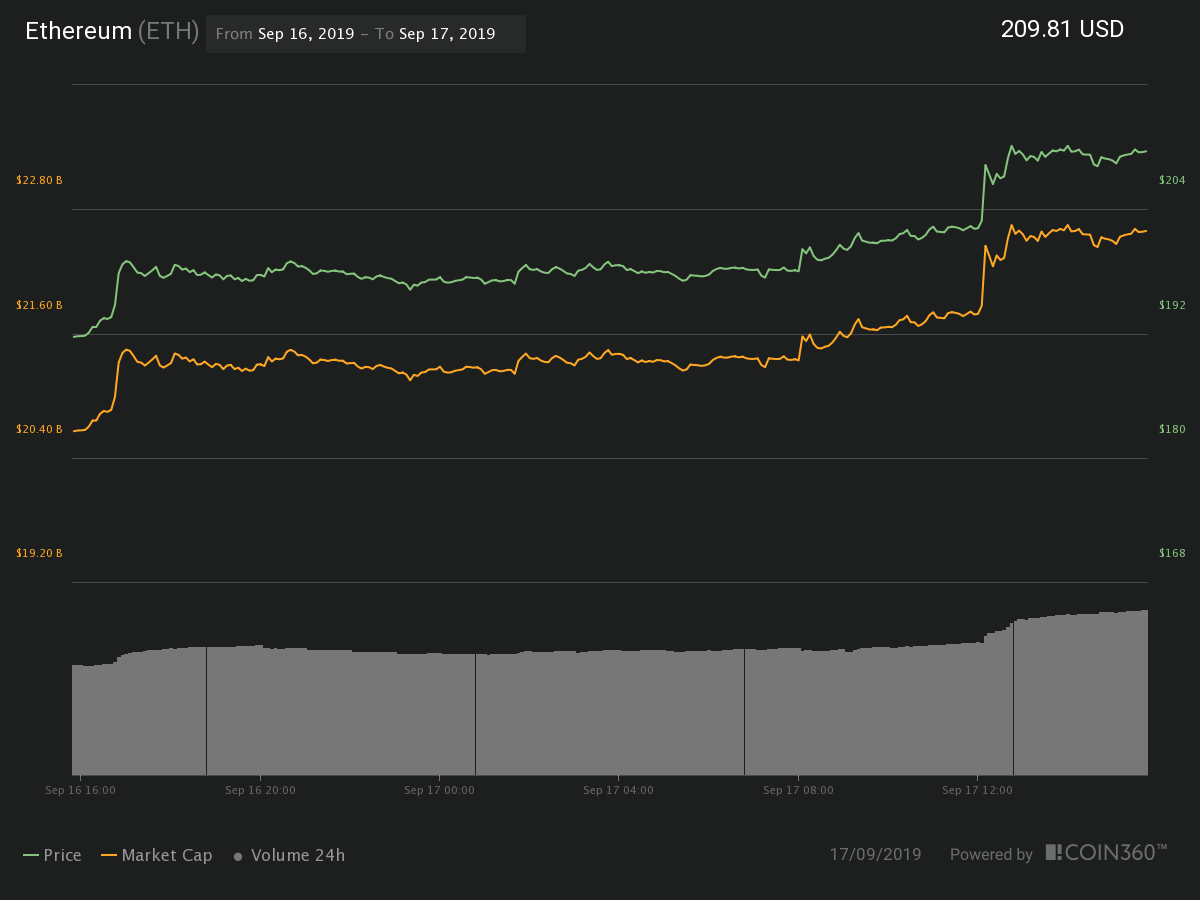 After weeks of sideways trading, Ripple’s XRP token is taking the lead in the top-20 altcoins with a massive gain of more than 10% on the day. At press time, the world’s third-most popular coin is trading at $0.286 per coin. 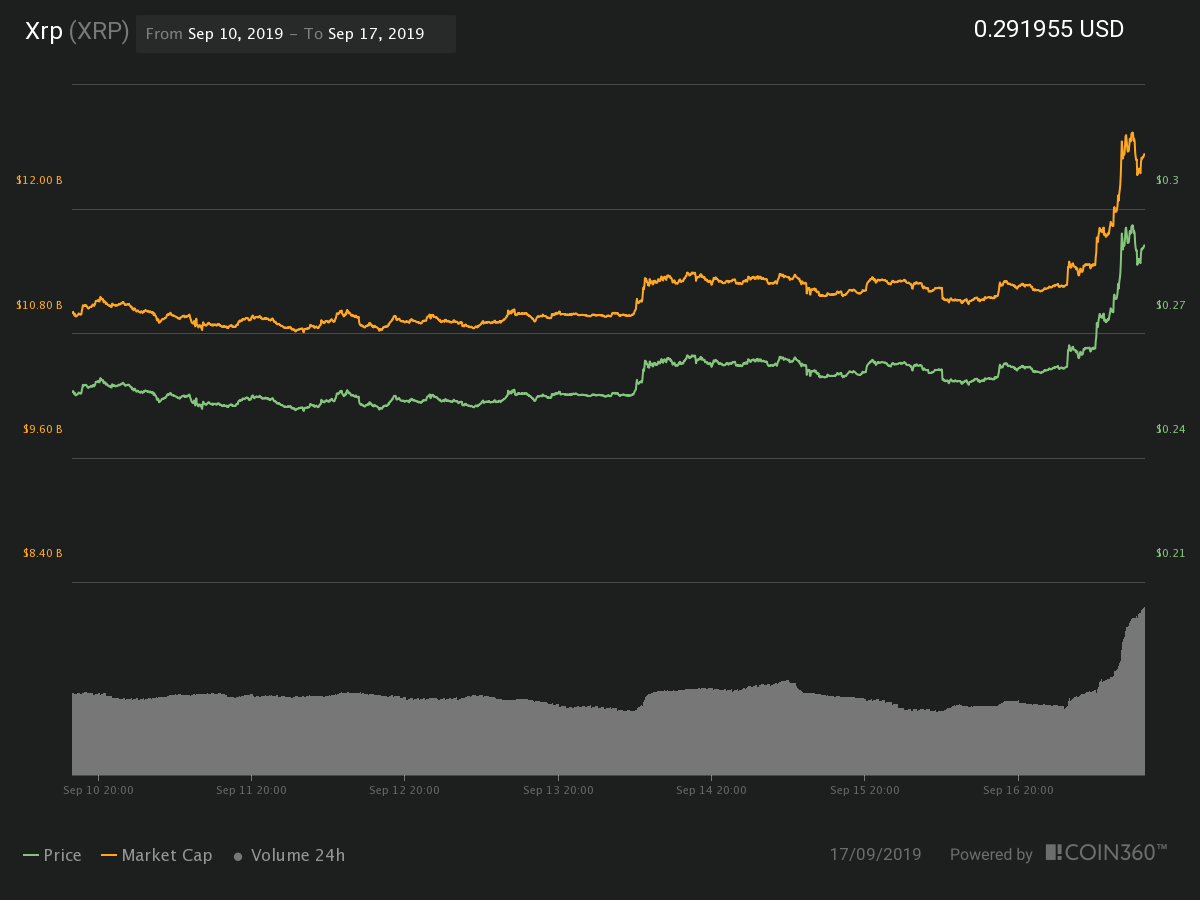 Cointelegraph reported previously that Ripple’s CEO Brad Garlinghouse rejected accusations that his company manipulates XRP price in an interview with CNN anchor Julia Chatterley. The CEO added that “In the XRP community, Ripple is the largest owner, and we are the most interested party in the success of the XRP ecosystem.”

Altcoins are currently on a roll, with XRP taking the lead, closely followed by Tron (TRX) and Tezos (XTZ), which are showing gains of close to 10% on the day each. Other notable gainers are IOTA and Stellar (XLM) with each more than 7% gain.

The overall cryptocurrency market cap sits at $270.1 billion, with Bitcoin making up 68.3% of the total.