Over the past few days, Bitcoin has struggled to cross $10,000. Just yesterday, the cryptocurrency was rejected from the key resistance for the second time in a week, plunging to $9,200 just hours after it failed to break into five digits.

But analysts are becoming convinced that Bitcoin is poised to rally past $10,000 in the coming weeks.

According to the same trader that predicted Bitcoin would bottom at $3,200 in 2018 six months in advance, BTC is on the verge of rallying past $10,000.

Sharing the chart below, the analyst remarked that “Bitcoin [recently] smashed past” a key technical resistance while the cryptocurrency has held crucial historical levels, leading him to the conclusion that a move towards $11,500 in July is possible. 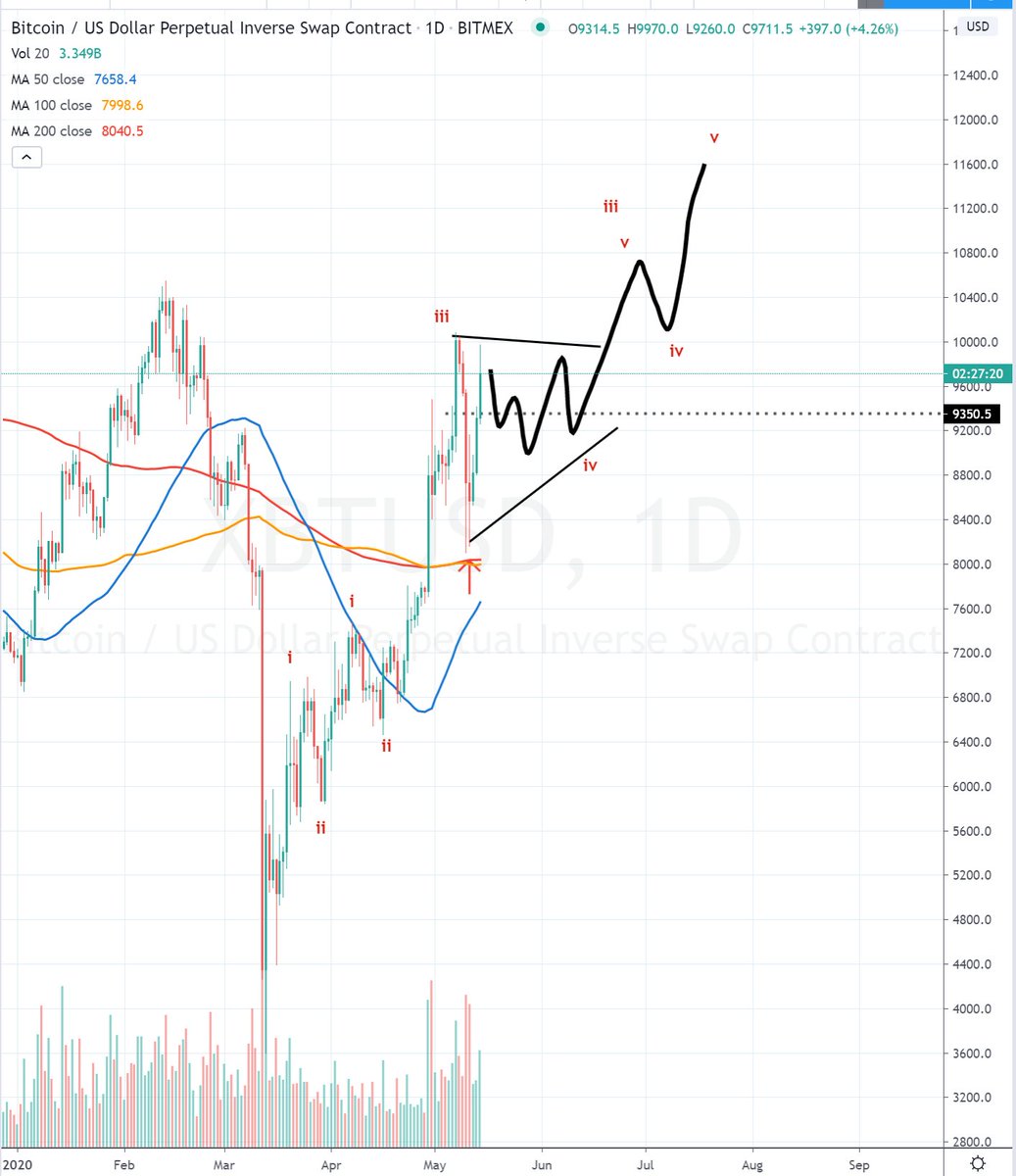 Chart from @SmartContracter indicating that Bitcoin is poised to rally higher in the coming days.

The positive outlook has been shared by other analysts.

As reported by NewsBTC, One popular trader remarked that as long as Bitcoin holds $9,350 on notable time frames as it has over the past few days, the cryptocurrency could be cleared to pass $10,000:

“BTC access granted for bulls. Price trading above my bull trigger, let’s see if it holds. Above both the Monthly + Weekly S/R levels as well as the low time frame range high. Continue to hold above ~$9350 and I see us gunning for $10.5k.”

While the technical outlook is shaping up in favor of bulls, there’s a sell wall building at the $10,000 level that presents a short-term threat to Bitcoin.

According to a noted crypto trader, there’s a notable amount of sell pressure building at $10,000.

Should BTC fail to catch a bid during any attempt at rallying in the coming days, it could be strongly rejected by the Binance sell wall, which will act as resistance for the cryptocurrency market as long as it remains on the order book.

While $25 million may not seem like a lot, the last time Bitcoin saw a sell wall, it crashed.

As reported by NewsBTC previously, on May 9th the cryptocurrency encountered a massive $30 million sell wall from the price of $10,010 until $10,230.

In the two days after this sell wall was encountered, the cryptocurrency plunged $2,000, crushed as bulls failed to surmount that key level.