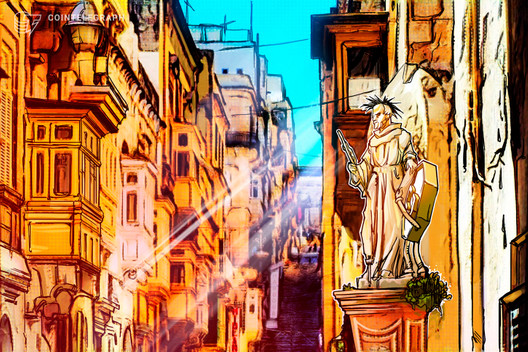 It seems that Malta is becoming both less popular among and less populated with crypto firms. The European Union country attracted dozens of industry players in 2018 on the back of the “blockchain island” agenda championed by the local government, but the relevant framework has not yet proven to be effective. Meanwhile, the official rhetoric apparently started to shift away from the blockchain sector, as the government now aims to consolidate it with “other niche sectors.”

Meanwhile, the Malta Financial Services Authority, continues to pluck out non-registered crypto agents — be it the world’s top crypto exchange or smaller startups. But in reality, no businesses have been licensed under the blockchain framework yet, despite it being released in the summer of 2018. As a result, a number of companies have decided to leave the island over the past months. So, who is currently based in Malta, and why?

Crypto regulation was off to a fast start

The latter, which is the most essential act out of three, required businesses to be licensed by the MFSA if they launch initial coin offerings, trade digital assets, or provide electronic wallets and brokerage activities. The act also introduces VFA Agents — the so-called “gatekeepers,” or entities that advise and support crypto firms.

The agency approved the first VFA Agents in May 2019. Currently, there are 21 authorized VFA Agents, according to the MFSA’s financial register. However, no VFA licenses have been issued under the framework yet, meaning that VFA Agents have few potential clients that are willing to apply for it.

Local politicians actively addressed the crypto bills when they were passed, arguing that the island nation had become a pioneer in the area. For instance, Silvio Schembri, who acted as a junior minister for financial services, digital economy and innovation, said that Malta was “the first world jurisdiction to provide legal certainty to this space,” even though nations like Canada, Japan and Belarus had already enacted cryptocurrency-specific laws.

Then-Prime Minister Joseph Muscat was also among the crypto-friendly officeholders. In September 2018, he went as far as to present his country as a “blockchain island” at the United Nations General Assembly.

Consequently, the Maltese government was especially close with crypto actors throughout 2018. In March, Muscat publically welcomed Binance to the island on his Twitter. The crypto exchange decided to move to Malta after facing regulatory difficulties in Japan, where it was previously headquartered.

A few months later, Binance held a private event at the official residence of the President of Malta. “How many of you have attended a blockchain even at the presidential palace?” CEO Changpeng Zhao, aka CZ, asked while giving a speech there, saying, “Malta came at a time when regulatory clarity was very much needed.”

It wasn’t just Binance that was looking for a friendlier jurisdiction and low corporate tax rates — which is set at 5%, the lowest in the EU. More crypto companies soon began relocating to the island, including fellow exchanges OKEx and BitBay. On Nov. 1, 2018, the cryptocurrency framework finally came into effect — but instead of getting the long-awaited clarity, local players were left dealing with more legal ambiguity and sluggishness.

Most regulatory problems for crypto firms in Malta stem from the fact that no businesses have been licensed under the VFA framework yet, despite the fact that it’s been more than a year since it was enacted.

For instance, reports suggested that local banks were declining crypto and blockchain firms’ applications to open bank accounts, saying that it was beyond their “risk appetite.” As Schembri explained to the Times of Malta at the time, banks were reluctant to engage with crypto and blockchain firms because they were waiting for them to obtain MFSA licenses first, which he said was understandable.

In 2018, major crypto exchange OKEx successfully migrated to Malta from Japan after facing warnings from the local regulator. “Malta is getting crowded,” community commentators noticed at the time, when Binance was in the process of its relocation. Soon, OKEx received permission to operate and provide its services from Malta under the transitory provision granted by MFSA for a period of one year until the license is obtained, but the exchange is still waiting for a VFA license after almost two years.

As the time goes by, fewer firms remain hopeful. Leon Siegmund, a board member of Malta’s Blockchain Association and founder of Bitcoin Club Malta, criticized the VFA license in a comment to crypto publication Decrypt, saying, “It’s too expensive; it doesn’t provide any value.” The MFSA reportedly requires a fee of 10,000 euros to process a pre-application for the VFA license.

Additionally, Malta’s regulatory approach toward crypto businesses seems to be as stringent as that of other EU countries, given that the AMLD5 directive also applies. As Wayne Pisani, a partner at registered VFA Agent Grant Thornton, previously told Cointelegraph, “It was never the intention to create a soft touch regulatory framework.”

Therefore, some actors, such as derivatives exchange Deribit and a noncustodial exchange KyberSwap, have chosen to leave the island. In January 2020, KyberSwap announced it was moving out of Malta to the British Virgin Islands. The decision to relocate was driven by practical considerations, Sunny Jain, the company’s head of product, told Cointelegraph:

“KyberSwap anticipated that Malta will adopt a very strict implementation of new EU regulations for crypto companies. Under these new regulations, KyberSwap would require an extensive amount of information from our current and future customers, and overall costs might increase.”

Other companies that have cut ties with Maltese regulators include Bittrex and even the once-darling Binance. Bittrex announced it was relocating its headquarters to Liechtenstein in October 2019, just one month after the MFSA declared that it would “actively monitor” licensed crypto firms in the country (Bittrex declined to comment on this story nor to clarify the specific reasons for leaving Malta), while Binance was unexpectedly called out by the regulator, which issued a statement saying that the exchange “is not authorized by the MFSA to operate in the crypto currency sphere,” to which CZ said that Binance “is not headquartered or operated in Malta.”

The MFSA has now clarified to Cointelegraph that it issued the press statement to correct an article published by the Times of Malta, “which gave the impression that Binance was licensed to operate as a crypto exchange in and from Malta.” The spokesperson for the MFSA added that the agency is currently processing a number of applications, most of which are for crypto exchanges, adding that the aim is to establish the “highest standards of compliance and governance” for local businesses:

“The MFSA’s stance has always been the same and remains unchanged: to operate in the virtual financial assets sphere in Malta, the highest standards of compliance and governance in the conduct of business, including AML/CFT standards, have to be adhered to, both at on-boarding stage and throughout the lifecycle of the licensed activity.”

Either way, it seems that Binance’s relationship with local authorities has apparently worsened, especially since Muscat stepped down due to a political crisis in the country at the end of 2019, which was followed by a cabinet reshuffle. The exchange has yet to respond to a request for comment.

Other companies that have seemingly left Malta include an Indian exchange Zebpay. The company moved to the island in October 2018 after the Reserve Bank of India banned crypto-related transactions in the country. Although things seemed good at the start — with CEO Ajeet Khurana saying in March 2019 that he was pleasantly surprised at how open-minded the Maltese government was — the company ultimately closed down its Maltese subsidiary.

In August 2019, less than a year after it moved to the EU country, the exchange informed its users that Zebpay Malta was shutting down. When asked to comment, however, a representative for the company said it is not “relevant” to this article because “ZebPay still has our Malta entity.” The spokesperson added, “We have just put EU operations on the backburner while we review our overall operations and refocus on core competencies.”

Further, investment trading market Coinvest, which once announced it was joining leading blockchain companies in moving to Malta, has since decided not to move forward with its registration in Malta citing a lack of progress, as confirmed to Cointelegraph by the firm’s representative.

Not everyone has left

The political crisis, which was largely fuelled by allegations of corruption and lead to Muscat’s resignation, might be a crucial factor for the current regulatory stagnation, according to Sidharth Sogani, CEO at crypto-focused research and intelligence firm Crebaco, who told Cointelegraph:

“At this point, Malta doesn’t seem to have a proper loophole-free regulatory framework that takes care of illicit activities arising out of the Crypto industry and maybe that is the reason why the new licenses are delayed and the existing businesses are facing regulatory and compliance hurdles.”

“Over the last few months, we have seen an exodus of companies leaving Malta,” Cal Evans, the founder of compliance and strategy firm Gresham International, summarized in a comment for Cointelegraph, elaborating that the local regulation seems to be the main reason:

“The island made great steps toward creating crypto-friendly laws, but made little to no steps in implementing them. To date, it is rumored that only two licenses have been issued. The Maltese authorities seemingly unwilling, or unable, to issue the licenses companies so desperately wanted to prove legitimacy.”

“Whilst the consensus is that the VFA act is overly onerous and that its implementation leaves much to be desired, the Maltese jurisdiction as a whole remains a very attractive prospect for blockchain companies. Therefore, apart from the few who made the decision to relocate to other jurisdictions very early on, most remain based here operating under their transitional period provisions.”

Similarly, a representative for OKEx reiterated the exchange’s commitment to stay in Malta in a comment to Cointelegraph, saying that there is still room for the crypto sector to grow on the island:

As for now, the future of the crypto industry in Malta seems uncertain — the VFA act has yet to be implemented in full after almost two years. As Sogani suggested, this process might take even more time due to the pandemic: “I believe we won’t see any concrete revised regulation coming in the next six months, as a lot of things have been delayed due to the coronavirus lockdown.” The MFSA did not reply to Cointelegraph’s request for comment by press time.

When asked for a statement, Malta’s junior minister for financial services and digital economy, Bartolo Clayton, repeated his previous comment given to Cointelegraph, stating that “the Government of Malta is committed to consolidate blockchain together with other niche sectors,” adding that, “the Government of Malta is opting for an overarching and holistic strategy for the Digital, Financial and Innovative services in Malta.”

Ethereum Trading Near Make-or-Break Levels: Can ETH Bulls Save The Day?