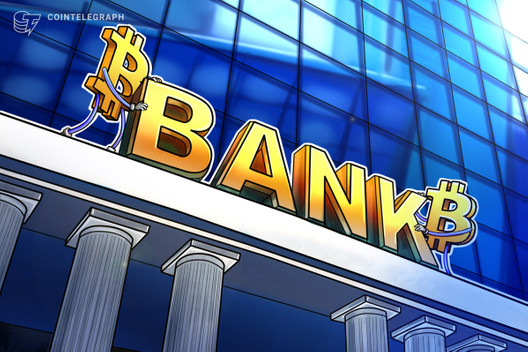 Policymakers around the world have committed unprecedented amounts of fresh money in a bid to stave off an impending recession, or worse: a total depression. In the United States, the Senate approved a $2 trillion stimulus package in late March, and now Congress is set to review a proposal from House Democrats for another $3 trillion meant to ease the needs of Americans who are facing an unemployment rate of nearly 15%. As a response to COVID-19, the Federal Reserve has undertaken a wave of quantitative easing unparalleled in its history.

As the monetary body responsible for managing the world’s reserve currency, the Fed uses quantitative easing as a means of infusing the economy with fresh liquidity. Having total control over money printing allows the Fed to print as many dollars as it wants, which it then injects into the financial system by purchasing assets on the open market.

Market observers recall the aftermath of the Great Recession in 2008, when the Fed brought up over $1.2 trillion worth of assets in just four months as a way to pump fresh capital into the markets. However, the scale of quantitative easing undertaken in the wake of the COVID-19 crisis dwarfs anything that happened before, with the Fed putting no cap on the amount of money it plans to infuse into the system.

Over the past 2 1/2 months, the Fed has purchased around $2.8 trillion worth of assets. Unlike in the aftermath of 2008 when the governing body limited its asset purchases to secure U.S. Treasury bonds, this time around it has committed to buying riskier assets such as corporate and municipal bonds as well.

What should crypto investors expect?

U.S. bailout money is expected to go toward helping public companies and preventing shareholders from losing their value. This new money is expected to inflate the cost of assets, but since most Americans don’t own assets, the only result they will experience is a weakening purchasing power. Beni Hakak, the CEO of LiquidApps, sees an opportunity for Bitcoin (BTC) to establish itself as a store of value:

“The COVID financial crisis is the first crisis that Bitcoin is experiencing as an asset class, and while some expected it to perform similar to gold, it led to a sharp decline in Bitcoin’s price. As the world economy has started to open up, Bitcoin has recovered quite nicely, outperforming the S&P since their respective lows. With the Bitcoin halving behind us, an event that has historically been followed by a bull run, it will be interesting to see if Bitcoin can gain acceptance as a hedge against inflation and a store of value.”

Contrast the seemingly unlimited money printing taking place with the Bitcoin halving, an event that happens once every four years and cuts down Bitcoin’s issuance by half. For crypto believers, this is further proof of Bitcoin’s status as the “hardest money in the world.” Bitcoin’s provable scarcity is drawing attention from average investors and users concerned about money printing and the potential it has to cause runaway inflation.

While the system may be “baked” with transparency and non-regulations, Avi Rosten, a product manager at CryptoCompare — a crypto data and research platform — says that through his tracking he’s finding the market to be fluctuating a lot. The high volume signals distrust, noting big fluctuations in the U.S. stock market between March 12 and March 13 when CryptoCompare counted 11,000 trades per second. Rosten says everyone is flying away from risk-on assets to the U.S. dollar with Bitcoin as no exception. He added that this is the optimum time for Bitcoin to prove its value as an asset as all eyes are on it:

“We are likely seeing increased interest due to the excitement surrounding the Bitcoin halving, as well as record spot exchange volumes. Our April Exchange Review found that April 30th saw the second highest spot volumes in crypto history.”

The U.S. may be at the epicenter of the financial storm, but it doesn’t mean that other economies aren’t feeling the tremors. Quantitative easing measures such as the recently proposed $3 trillion have caused currencies such as the Brazilian real, Mexican peso and South African rand to experience a more than 20% loss in value to the dollar since the beginning of the coronavirus crisis.

The uncertainty following the mid-March crash pushed Bitcoin into taking the place of what historically has been gold. While markets are slowly climbing their way back up from the trenches, many countries are experiencing a second wave of the coronavirus, pumping the breaks on the recovery process.

The year is 1973, and an oil crisis sends shockwaves throughout global markets. Governments, especially in the U.S., go the route of money printing as a move to stimulate the job market. Attention shifts to scarce commodities such as gold as investors look to hedge against the risk of rising inflation.

While this description of uncertainty adequately fits today’s climate, it also pairs nicely with the economic condition of the 1970s. The decade, which began with the U.S. abandoning the gold standard entirely, ended with a crippling 13.3% annual inflation rate in the country, even as wages and economic growth trended sideways. A combination of stagnant growth and rising inflation, or “stagflation,” pushed gold into the limelight as an inflation-resistant store of value.

Fast forward to now, and fiat currencies are expanding their supply at the same time as the Bitcoin halving. With inflation fears beginning to pop up in the markets again, assets with provable scarcity are considered well-positioned. Mati Greenspan, an analyst and the founder of Quantum Economics, believes that following the large-scale quantitative easing rollouts, Bitcoin will maintain its future value due to its scarce supply:

“It [Bitcoin] acts as a hedge against inflation like gold and silver. So if the likely scenario of this money creation happens to induce inflation, then it’s very likely that gold, silver and Bitcoin would hold their value against that currency and act as a valid hedge.”

Related: Bitcoin Gains Ground on Gold, Bolsters Claim as the Asset of Tomorrow

Black Americans are changing the face of crypto and blockchain through...