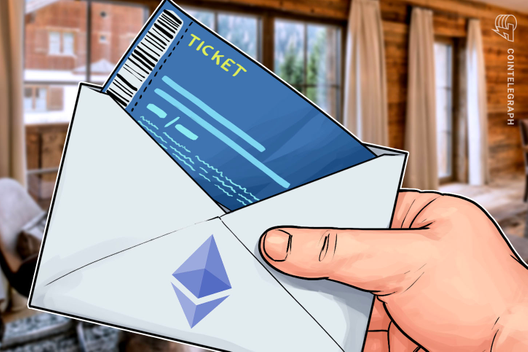 On Sept 12, Aventus Network announced in a blog post the release of Aventus Classic, a fully decentralized open-source Ethereum-based ticketing protocol designed to stop fraud and provide more transparency to the event ticketing industry. The announcement goes on to say:

“This release marks our first real step in engaging with the open-source community, as Aventus Classic will now be open to contributions from anyone and will no longer be solely developed by official partners of the Aventus Protocol Foundation.”

The release of the new ticketing protocol coincides with a $15,000 prize competition for blockchain developers. In partnership with The Satoshi Awards, developers are asked to build a blockchain-based ticketing system, where the winner will be awarded $15,000 worth of Ether. The winning build will be presented at The Satoshi Awards’ in mid-2020.

Steve Ellis, CEO, and founder of The Satoshi Awards said they are thrilled to have partnered with Aventus and engage the open-source community to help build its ticketing system with Aventus as the backend. He added:

“We are excited to see the entries start rolling in and couldn’t think of a better way to manage our tickets than through blockchain to promote trust, transparency, and innovation.”

Cointelegraph reported last year that global ticketing giant Ticketmaster had acquired blockchain-focused live events firm Upgraded, to tackle issues in the event ticketing industry. The company stated at the time that it planned to use blockchain technology as a way to provide more transparency and better control ticket distribution.

Front-running scams rampant on YouTube with 500% surge in 2022: CertiK