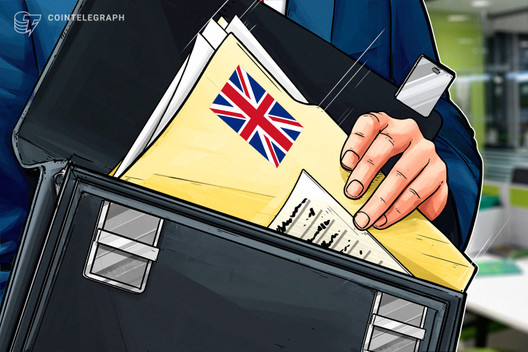 The Bank of England (BoE) is seriously weighing the pros and cons of issuing a central bank digital currency (CBDC) denominated in pounds sterling. Britain’s central bank recognized that a digital pound could be destabilizing for the current banking system. However, a digital currency could utilize the latest FinTech and make transactions easier and faster for consumers.

The Bank has just released a 57-page report examining how CBDCs could be introduced to existing markets, performing as both a store of value and used in everyday transactions.

As cryptocurrencies and other digital currencies become more mainstream, fiat money issued by central banks is — albeit slowly — losing its market stronghold.

Bank of England looking ahead

Blockchain-based platforms offering quick, cheap, and secure transactions are becoming increasingly popular. Without first issuing a digital currency on the blockchain, the BoE is currently only maintaining control of fiat currency and unable to get in on this new market. Facebook’s announcement of the stablecoin Libra in particular, has forced a number of countries to seriously consider implementing a CBDC.

“We are in the middle of a revolution in payments. Banknotes — the Bank’s most accessible form of money — are being used less frequently to make payments. At the same time, fintech firms have begun to alter the market by offering new forms of money and new ways to pay with it. These developments create major new opportunities, present some new risks, and raise a number of profound questions for the Bank.”

Challenges and risks to introducing CBDCs

The BoE issuing a digital currency would be a significant innovation, as such trading in currencies typically offers more secure transactions and easier ways to send and receive funds. However, this would bring with it changes to current monetary policy and the risks of volatility associated with some cryptocurrencies.

“If significant deposit balances are moved from commercial banks into CBDC, it could have implications for the balance sheets of commercial banks and the Bank of England, the amount of credit provided by banks to the wider economy, and how the Bank implements monetary policy and supports financial stability.“

At this time, the BoE has not yet reached a decision on whether to launch a CBDC. The BoE governor has publicly stated he would be open to the possibility of a state-issued digital currency in 2018, but his successor has expressed doubts about cryptocurrencies like Bitcoin.

In the report, central bankers said any digital currency from the BoE “would be denominated in pounds sterling.”

The public is invited to write responses to the paper until June 12.

The Bank of England is far from the only central bank to consider minting a digital currency. Though China’s plans for a CBDC have been delayed due to the effects of the coronavirus, Sweden is also testing a new digital currency, as is Japan.

Bitcoin Mining and ESG: A Match Made in Heaven