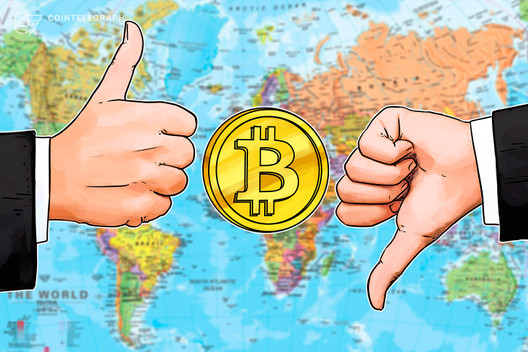 Barstool Sports’ millionaire founder, Dave Portnoy, recently re-tweeted his 2017 video on Bitcoin, saying his view on the asset has not changed.

Active on social media, Portnoy has made noise since the start of the COVID-19 pandemic for his comedic stock day trading videos, in which he alludes to his lack of market prowess.

In his 2017 video, Portnoy said he was a “Bitcoin investor” that year, due to the hype around the asset at the time. Most of the video includes Portnoy explaining his confusion on the asset, its ecosystem and its underlying technology.

“I don’t know how to spend em. I don’t know how to get em. You gotta go to this think called Coinbase, which is how ya buy em and they keep shuttin down because too many people are trying to buy Bitcoin. The whole thing is run by the Winklevoss twins.”

Portnoy then proceeded to call Bitcoin a scam, although he did say he wanted involvement so as not to miss out on all the gains boasted by those around him.

“Ok I’ve decided I like you even though I think you and your brother are robots,” Portnoy said in a June 20 tweet referring to Tyler Winklevoss.

Bitcoin’s Big Advertising Blitz and ‘Doctor Who’ on Blockchain