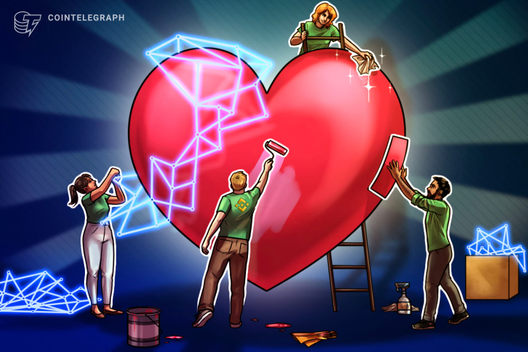 On Sept. 5, Binance Charity started accepting cryptocurrency donations for a campaign that will help provide food and aid for hurricane victims through local organizations in affected areas.

On the campaign website, Binance states that donations in Bitcoin (BTC), Binance Coin (BNB) and XRP will be distributed to the Hurricane Relief Project. At press time, the campaign has received 14 donations for a total of 0.558 BTC ($5,852.90). None of the funds have been distributed yet.

According to Binance Charity, the donations and eventual disbursements will be recorded on a blockchain, making the process more transparent. In addition to asking the blockchain and crypto communities for donations, Binance Charity has also asked for recommendations on how to make disbursing aid faster and more effective.

The scale of Hurricane Dorian

Hurricane Dorian has currently left the coast of the United States and is travelling towards Nova Scotia, Canada. Citing the International Federation of Red Cross and Red Crescent Societies, Binance states that there are 400,000 people in need of food and other direct aid, while 13,000 homes in the Bahamas have been severely damaged or destroyed.

According to a report by Vox, 40 people in the Bahamas have died from the hurricane while some predict that number to grow as recovery efforts begin. In an interview with Bahamian news daily The Nassau Guardian, Health Minister Duane Sands said:

Cryptocurrency makes its way into charity and philanthropy

As the cryptocurrency sector grows, so too does cryptocurrency’s presence in charitable and philanthropic efforts. Binance Charity has previously supported initiatives for women’s health and education.

Earlier this week, the Rainforest Foundation reached out to the crypto and blockchain communities to ask for support in fighting deforestation in the Amazon. According to the foundation, deforestation in Brazil is up 75% since right-wing President Jair Bolsonaro took office.

Last month, independent public charity Fidelity Charitable announced that it received $100 million in cryptocurrency donations since it began accepting them in 2015.