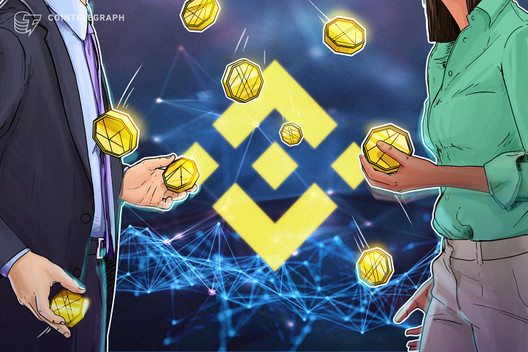 In an announcement published on April 14, the exchange revealed that users are now able to trade cryptocurrencies peer-to-peer (P2P) for Indian Rupees (INR) and Indonesian Rupiah (IDR).

Well ahead of the recent improvements in India’s crypto regulatory climate, Binance had already begun to pave the way towards extending its services to the country’s 1.3 billion people.

Notably, back in mid-2018 — when the Reserve Bank of India’s (RBI) controversial ban on banks’ dealings with crypto-related firms was still in force —  WazirX had been forced to transform its business model into a P2P platform so as to avoid in-house crypto-fiat conversion.

“India and Indonesia are two of the largest emerging markets with tremendous potential in crypto adoption, and we are pleased to empower the massive population with easy-to-use crypto access.”

P2P trading on Binance — designed for both consumer-to-consumer and business-to-consumer use — now supports 20 national fiat currencies.

The exchange moreover claims that over 200 P2P merchants worldwide are now using the platform, where they can access merchant-tailored benefits — such as zero fees on security deposits and targeted customer support — to boost their profits.

Earlier this month, Binance announced its acquisition of crypto data site CoinMarketCap, one of the industry’s most well-known platforms.

Other recent offerings from the exchange include yesterday’s launch of Bitcoin options on the Binance futures trading platform and support for Tezos (XTZ) staking rewards on Binance.US.

The exchange has continuously expanded its fiat gateways in recent months, currently supporting crypto purchases with credit cards in over 50 jurisdictions.

Speaking to reporters this week, CZ said that Binance prioritizes working with domestic exchanges “that have existing banking relationships, which enable them to accept trading in local fiat currencies.”

This spring, Binance and WazirX announced the launch of a $50 million fund aimed at fostering blockchain development in India.

Ransomware Attacks Are Way Down in the Midst of COVID-19