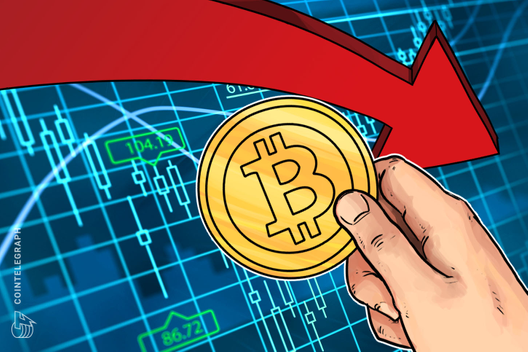 A little earlier this month, experts were optimistic about Bitcoin continuing its rally, citing geopolitical tensions — particularly the ongoing United States-China trade war — as a reason for its possibly continuing success. Galaxy Digital CEO Mike Novogratz commented on Aug. 5 about this possibility, saying:

“With the yuan over 7.0, an FX war, instability in HKG and the beginnings of capital flight, $Btc rally could have real legs.”

Crypto investors are reportedly now divided into three main camps regarding Bitcoin price predictions. The most bearish of the three say that Bitcoin is set to pull back to $8,500–$7,500 while the moderates say it will consolidate between $9,000 and $12,000 prior to its rewards halving in 2020.

The bulls remain unphased by recent price trends and remain confident that Bitcoin will retake its yearly high and continue upwards. Correlatory data with Tether (USDT) suggests that it will reach $20,000 in about a month.

Newest Crypto - December 6, 2022
0
Staking remains restricted in several countries, including the U.S., where the majority of Bored Ape holders live. The Ape Foundation, which is a...

Bitcoin Hits 3-Week High Despite Strong Bearish Signs: Where is it...