Bitcoin has continued to rally higher since our last market update, recently retaking $9,300 for the first time since the crash on the morning of May 10th.

Bitcoin’s price action from May 8 to today charted by TradingView.com.

This strong recovery comes after Bitcoin fell as low as $8,100 due to a sell-off prior to the block reward halving, seen in the middle of the chart above.

Here is what analysts expect for the cryptocurrency market next.

While many believe that Bitcoin’s long-term outlook remains decisively bullish, fears are mounting of a short-term correction.

A top trader shared the chart below, indicating that from how he sees it, $9,300 is an optimal short opportunity because the cryptocurrency is running up against resistance. 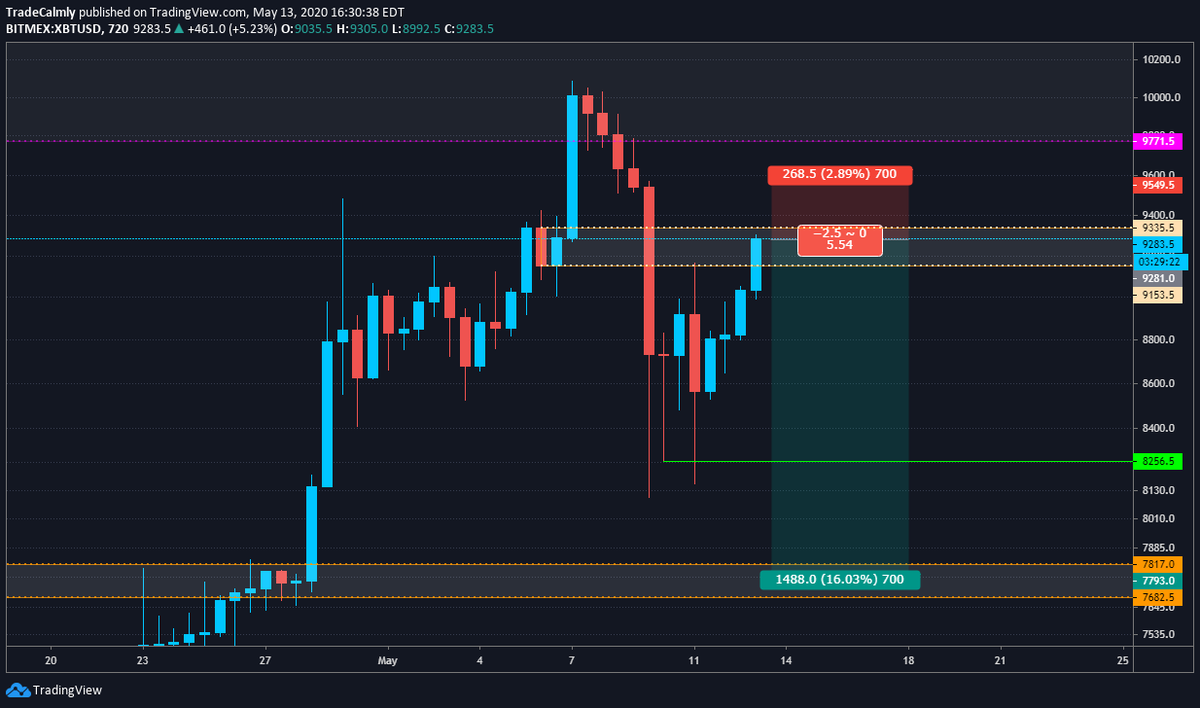 A move above $9,500 would invalidate the bearish scenario, the analyst noted, but the short playing out will see Bitcoin fall all the way to the key horizontal levels around $7,800 in the coming days.

Another prominent analyst — one that has been historically accurate in analyzing Bitcoin — shared the skepticism. He recently pointed to a fractal of a previous rally in BTC’s history that is structurally similar to the one we just saw.

This fractal predicts that the cryptocurrency will fall to $6,400 in the coming weeks, which would be a 0.5 Fibonacci Retracement of the rally from the $3,700 lows. A move to $6,400 would mark another 25% worth of losses from the current price point.

Chart from “Dave the Wave” (@davthewave on Twitter). The chart shows a fractal of a previous parabolic run-up in Bitcoin’s history, much similar to the one we just saw, and predicts a drop towards the $6,000s as aforementioned.

Although there is a potential for a correction in the near term, the long-term trend remains bullish.

‘Digital Dollar’ Reintroduced by US Lawmakers in Latest Stimulus Bill