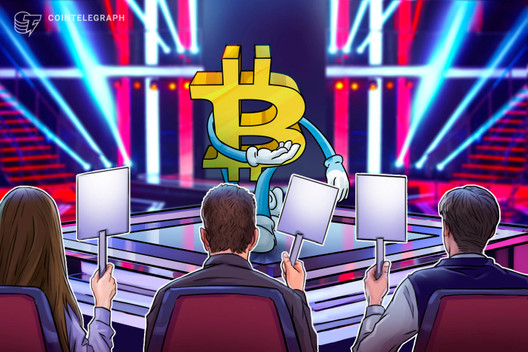 After the mid-March price crash led to a brief exodus of miners operating older hardware, the Bitcoin (BTC) hash rate posted a new all-time high (ATH) of more than 142 exahashes per second (EX/s) on March 3.

The new record beats out the previous ATH of 123 EX/s posted on March 8.

With Bitcoin’s third halving event roughly three weeks away, the BTC mining hash rate is against pushing into record highs.

BTC hashing power crashed 40% in two weeks after setting its previous ATH on March 8, dropping from 123 EX/s to just 75 EX/s.

However, with prices rebonding, the following six weeks saw hash rate gain 90% — with analysts speculating that a combination of rising crypto prices and the impending obcelense of many older ASICs amid the halving have contributed to hash power nearly doubling in less than two months.

Halving is a ‘healthy rebalance’

Speaking to Cointelegraph, Johnson Xu, the head of research and analytics at TokenInsight, predicted that “a large percentage of older generation miners such as S9s will be shut down” shortly after the halving transpires.

Despite the disruptions the event has on the mining sector, Johnson describes the halving as “a healthy rebalance to force the network to re-adjust itself into an efficient network where miners can make sufficient margin.”

“The bitcoin halving will result in the network in short term chaos, however, once the difficulty adjustment kicks in and self-adjust to an equilibrium state, we will see the bitcoin network back to a stable position quickly,” Johnson added.