Bitcoin (BTC) price temporarily passed $10,500 on Aug. 26 as the largest cryptocurrency started the week in a bullish mood.

Data from Coin360 revealed an abrupt change from sideways trading over the weekend, Bitcoin gaining hundreds of dollars in minutes on Monday.

The latest action brings Bitcoin back to its position at last week’s open, while monthly returns for investors have also come almost full circle at roughly 2.7% gains. 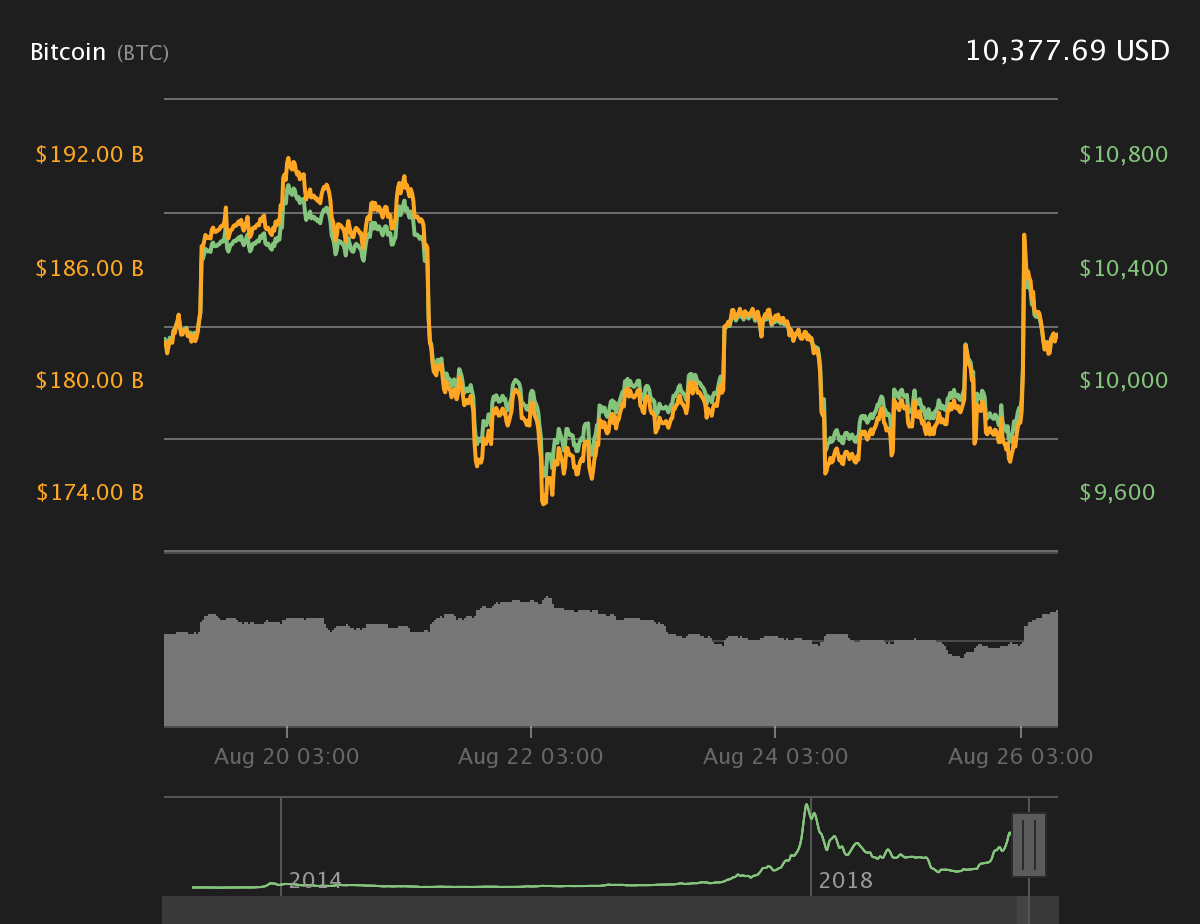 Looking forward, analysts and commentators were buoyant once more after a week of uncertainty.

“Bitcoin is a coiled spring about to explode higher,” RT host and regular Bitcoin bull, Max Keiser, tweeted about the price potential.

Keiser had previously claimed multiple times that the Bitcoin price was due to grow in line with increasing network performance. Specifically, he highlighted mining metrics as a hint markets were about to expand.

Others were attempting to explain why BTC/USD had begun gaining and losing several hundred dollars in minutes at irregular intervals.

One theory revolved around margin trading, the increasingly popular tool offered by major exchanges such as Binance and, most notably, BitMEX.

As the Twitter account known as Squeeze noted, a deluge of margin calls produces just the form of price action on markets which had previously baffled some.

“The effect of cascading margin calls and stop loss triggers causing $300 slippage between XBT perpetual swaps on Bitmex vs Spot BTC,” the account summarized on Monday.

Ether (ETH), the largest altcoin by standard market cap, gained only 0.5% compared with Bitcoin’s 2.7% over the past 24 hours.

Warnings had surfaced last week that ETH/USD was due a further major correction, though not traders are still waiting on any trend change confirmation. 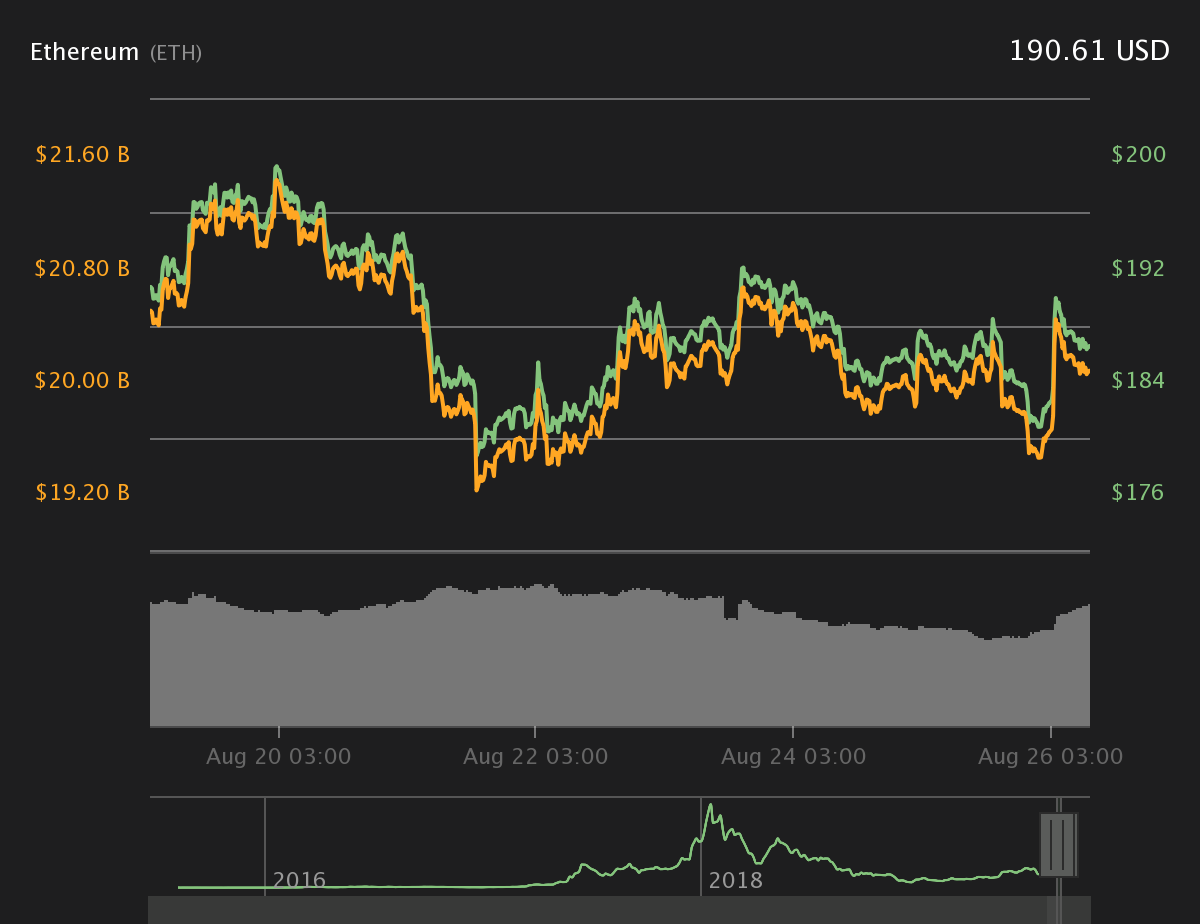 Other tokens in the top twenty produced sideways moves.

The overall cryptocurrency market cap stood at $269 billion on Monday, with Bitcoin accounting for 68.8% of the total.