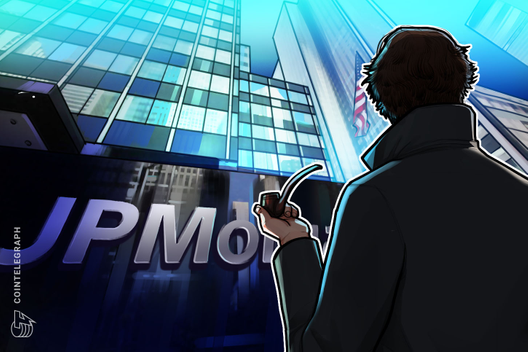 As Bloomberg reported on Sept. 16, JPMorgan Chase is facing an inquiry over the behavior of at least a dozen precious metals traders.

According to investigators, the employees willfully engaged in price-fixing of precious metals on thousands of occasions. Both market participants and JPMorgan’s own clients suffered losses as a result, they claim.

“Based on the fact that it was conduct that was widespread on the desk, it was engaged in thousands of episodes over an eight-year period… We’re going to follow the facts wherever they lead, whether it’s across desks here or at any other bank or upwards into the financial institution,” Bloomberg quoted Assistant Attorney General Brian Benczkowski as saying.

JPMorgan is well known as being one of the more vocal skeptics of cryptocurrencies. CEO Jamie Dimon became notorious for his soundbites, which began in 2017 when he labeled Bitcoin a fraud in itself.

Dimon since appeared to have a change of heart, pledging not to discuss Bitcoin again in public, while denying he disliked it in private comments to Cointelegraph.

More recently, the bank released its own digital currency offering, JPM Coin, which gained similar criticism over its technical characteristics.

The irony of the precious metals scandal was thus not lost of crypto commentators.

“They were charged with wire fraud, bank fraud, and market manipulation. But I was told by the CEO that Bitcoin is the fraud,” Twitter analyst known as Rhythm summarized.

JPMorgan is not the only bank to issue warnings over cryptocurrency’s alleged fraudulent nature while being embroiled in legal turmoil.