Bitcoin investors are no longer as buoyant as they were three months ago, judging by the latest readings from the Crypto Fear and Greed Index (CFGI).

On Aug. 14, the Bitcoin-only index — which plots investor sentiment on a scale of 1 to 100 (where 1 represents doom and foreboding and 100 indicates blithe optimism and greed) — hit its lowest levels since December 2018.

Just under three months ago, in late June, Bitcoin (BTC) investors had seemingly hit a level of unbridled optimism, with the CFGI reporting readings of as high as 95.

These are levels not seen since December 2018, in the depths of crypto winter — when Bitcoin was trading not much higher than $3,000 a coin.

Historical CFGI data reveals that the tipping point from “greedy optimism” to anxiety occurred on July 10-12, when sentiment dropped from 84 to 33 in just 48 hours. This coincides with a sharp drop from nearly $13,000 to under $11,600 in that same time frame.

Over the course of the past 30 days, the highest value reported by the index has been 64 — representing a fleeting recovery in sentiment during several days in early August. 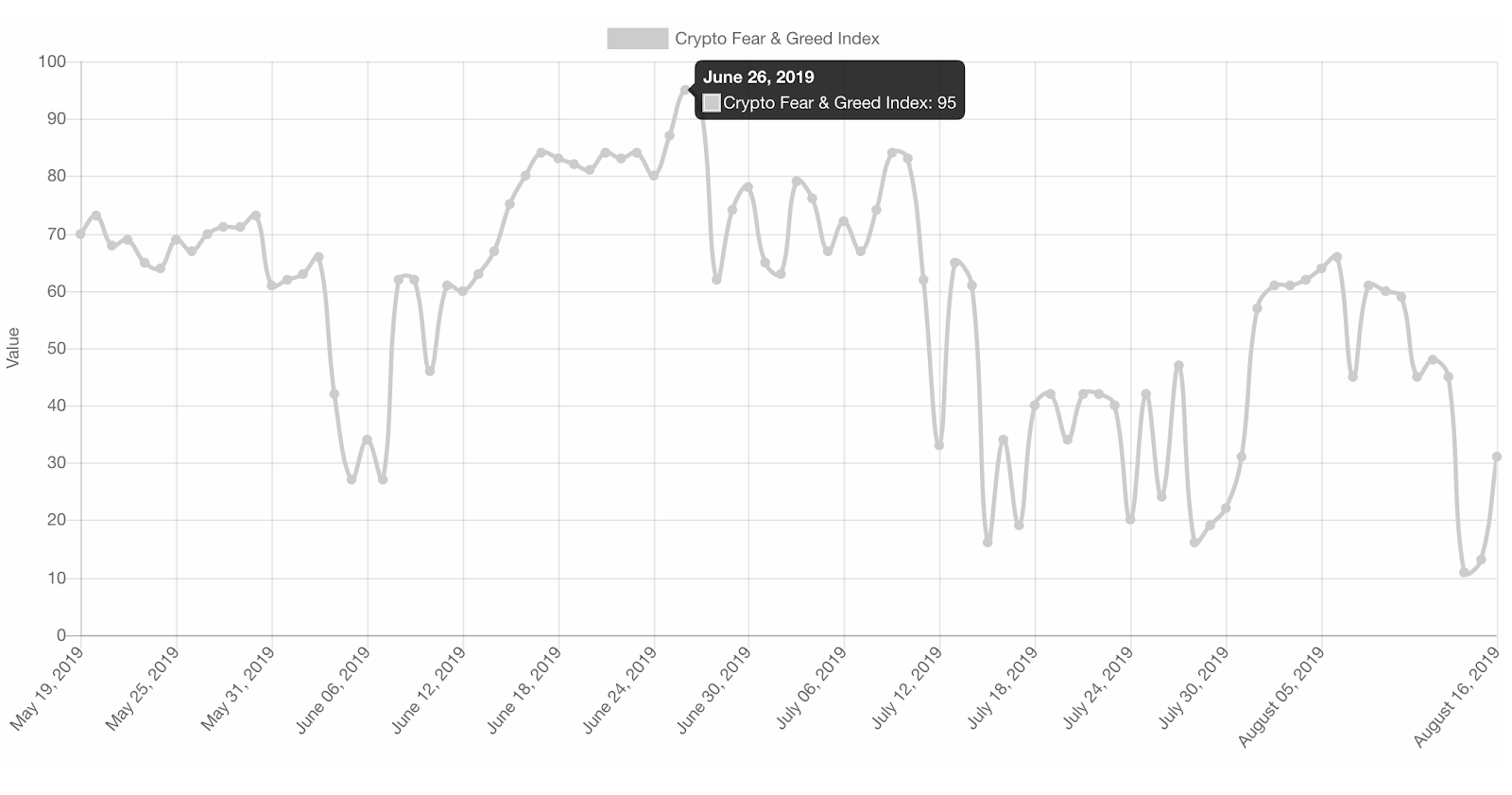 FUD or a buying opportunity?

The index’s creators note that a low reading often, in fact, represents a buying opportunity — whereas high-flying sentiment may be a sign that a market correction is due.

Noting that the CFGI has been “relatively accurate at pinpointing bottoms or nearabouts on the daily,” macroeconomist and trader Alex Kruger tweeted defiantly “Are you afraid? I am not,” adding that the next key level for Bitcoin is at $10,300-10,325.

As reported this month, a recent machine learning-based study of over 48,000 Reddit posts and 7,500 crypto/blockchain-related articles from different media platforms revealed that the overwhelming majority of Reddit posts (85%) were positive.

Conversely, articles published by various mainstream media publications were, for the large part, dismissive of the crypto industry.

Cardano Rejects at Pivotal Resistance After 30% Surge: The ADA Bear...