Saturday, Sept. 7 — Bitcoin (BTC) is trading sideways after falling short of the resistance at $11,000 yesterday, while Ether (ETH) is making a slight recovery from its dip earlier this week 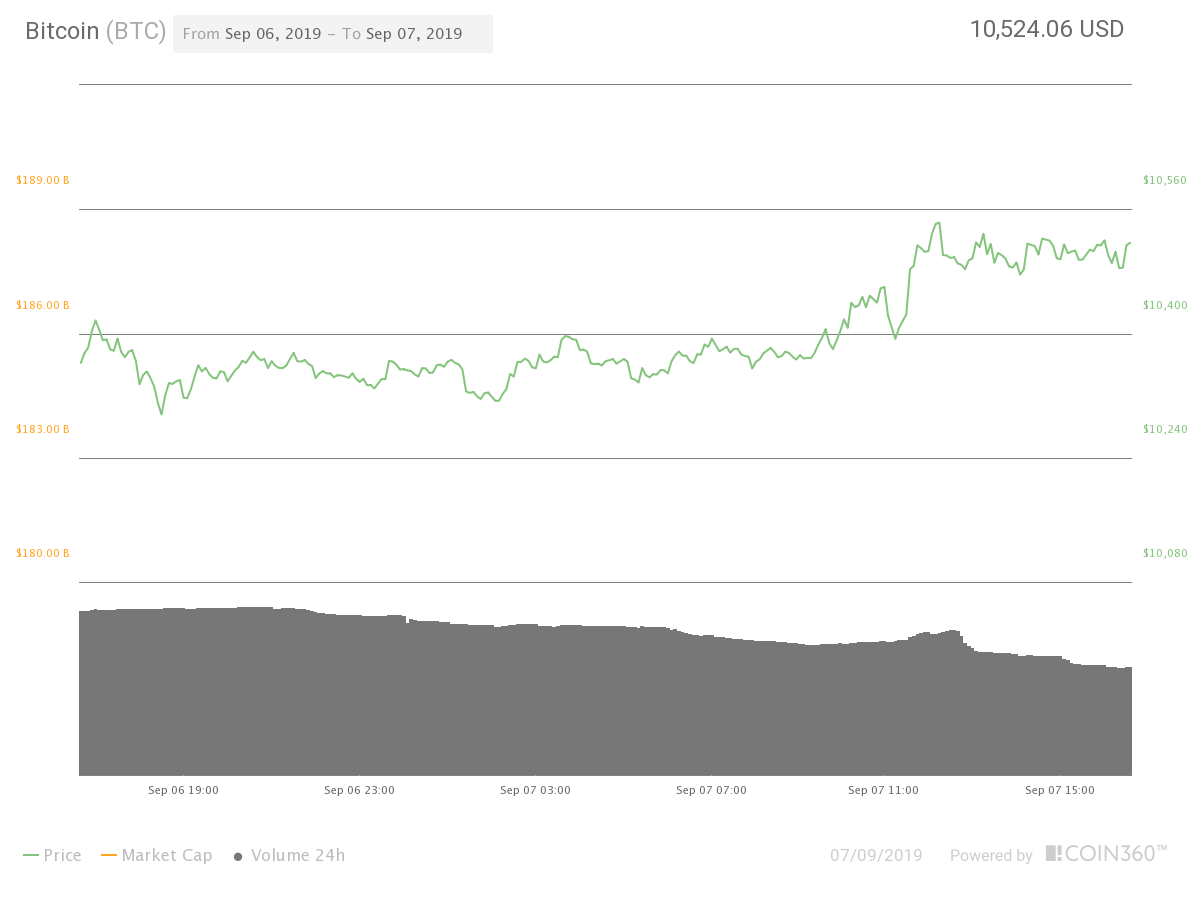 Ether is seeing more of a recovery after its price dropped by around 5% yesterday. At press time the coin is trading at $178.93, up 5.7% over the 24-hour period. 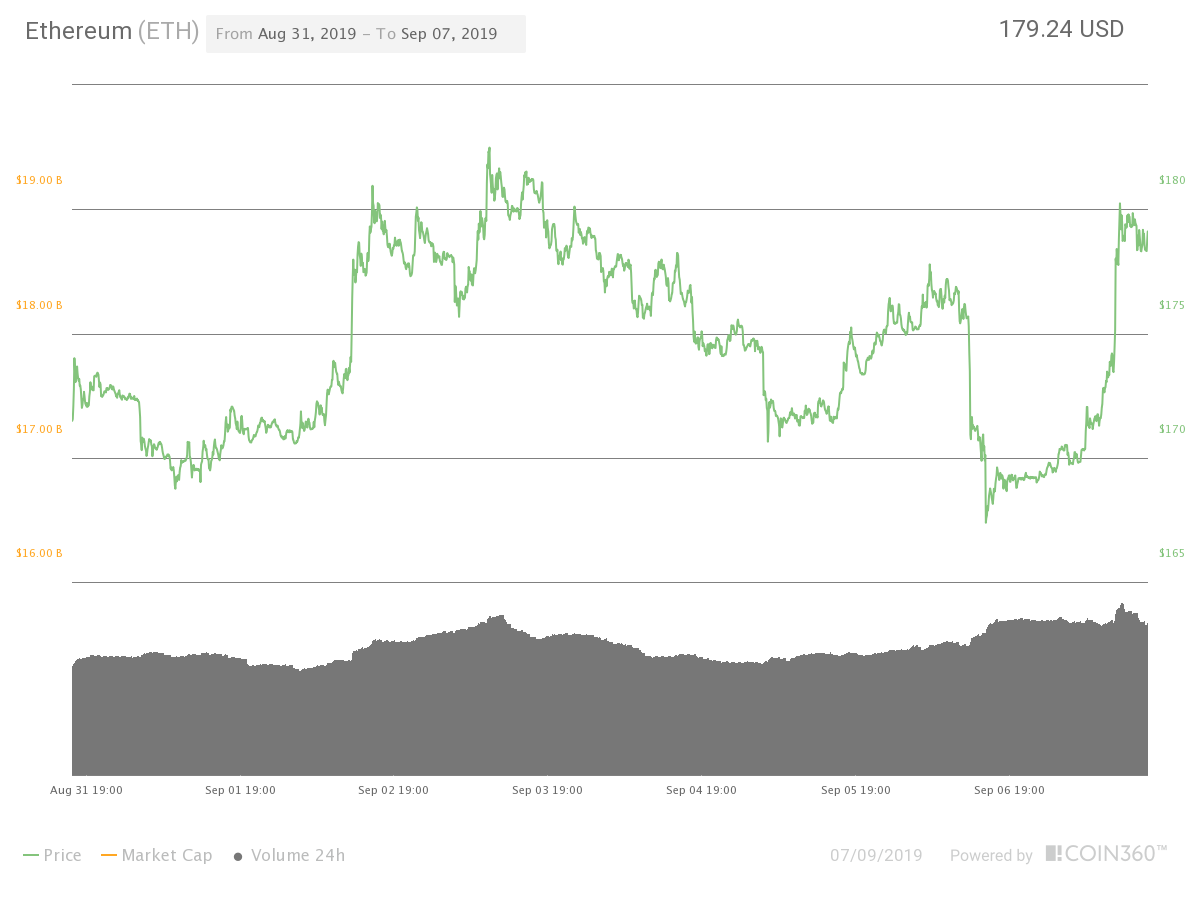 Earlier this week, Ethereum developers said on a conference call that the testnet activation of the Istanbul hard fork has been pushed back to early October. Ethereum co-founder Vitalik Buterin previously said that the blockchain is nearly full, which could deter new adoption by potential Ethereum contributors. 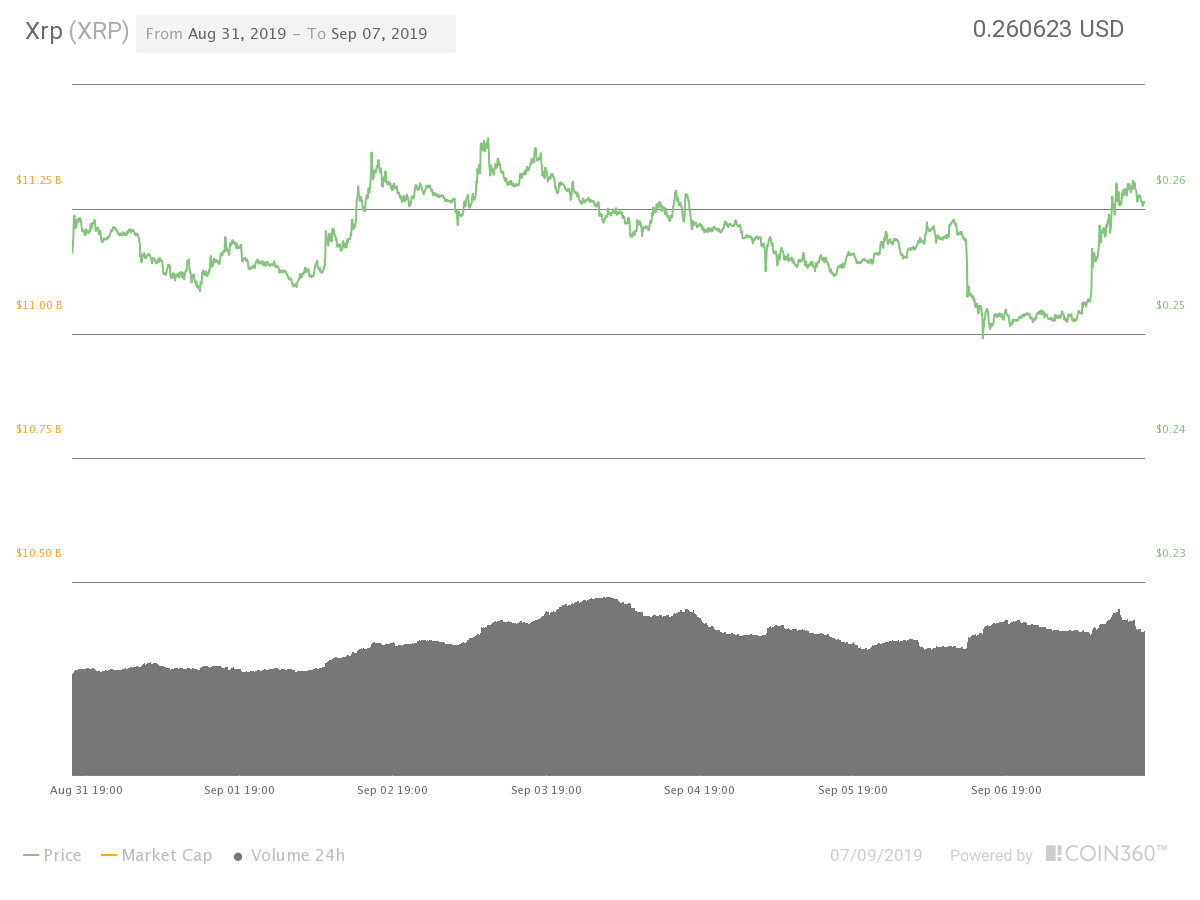 XRP’s issuing firm Ripple recently fell out of the top-10 of employment-oriented service Linkedln’s “The 50 hottest U.S. companies to work for” list. Ripple moved from 7th to 28th place while cryptocurrency exchange Coinbase was downgraded to from 3rd to 29th.

Altcoins prices are rising as well

Bitcoin is showing strong market dominance at over 70% while Ether and XRP follow it at 6.99% and 4.11%, respectively. 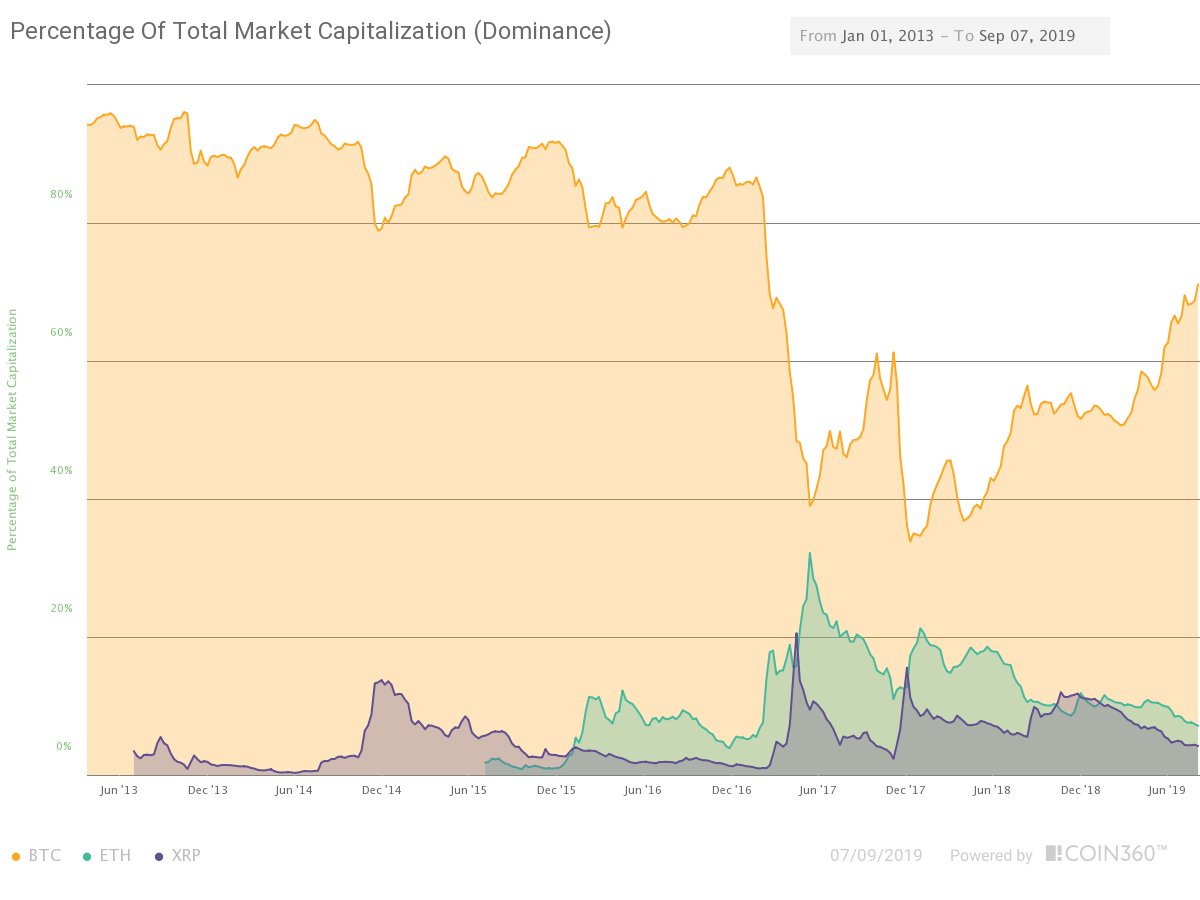 Market capitalization of all cryptocurrencies on Coin360 is over $268 billion at press time, up from $263 billion at the beginning of the day.