Bitcoin (BTC) price has again dropped below $7,000 and at the time of writing the digital asset is struggling to hold above $6,700. The sharp downside to a new weekly low at $6,575 occurred despite an exciting Easter Sunday, which saw Bitcoin price drop to $6,772, then abruptly rebound to $7,176.

As reported earlier by Cointelegraph, top crypto traders now expect the price to drop lower to $6,400 before possibly retesting $5,800.

Data from Skew also shows that the abrupt correction lower led to the liquidation of $29 million in leveraged long positions at BitMEX, suggesting short-sellers interpreted Bitcon’s failure to top $7,200 as weakness and an opportunity to open short positions in anticipation of a pullback below $6,900. 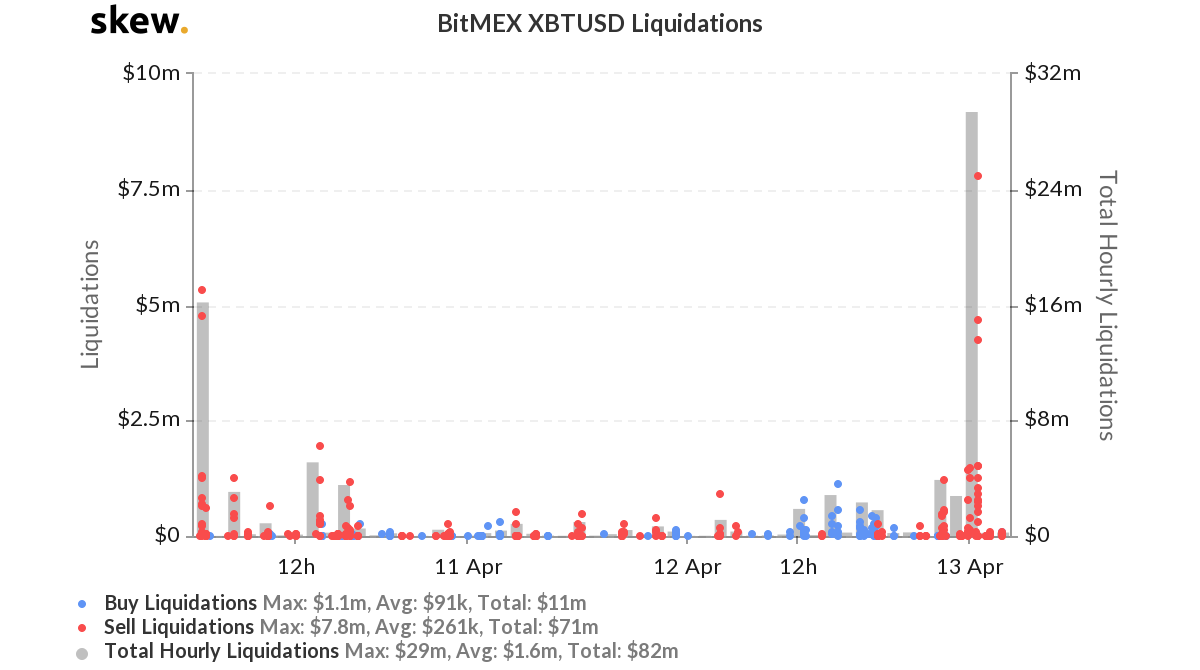 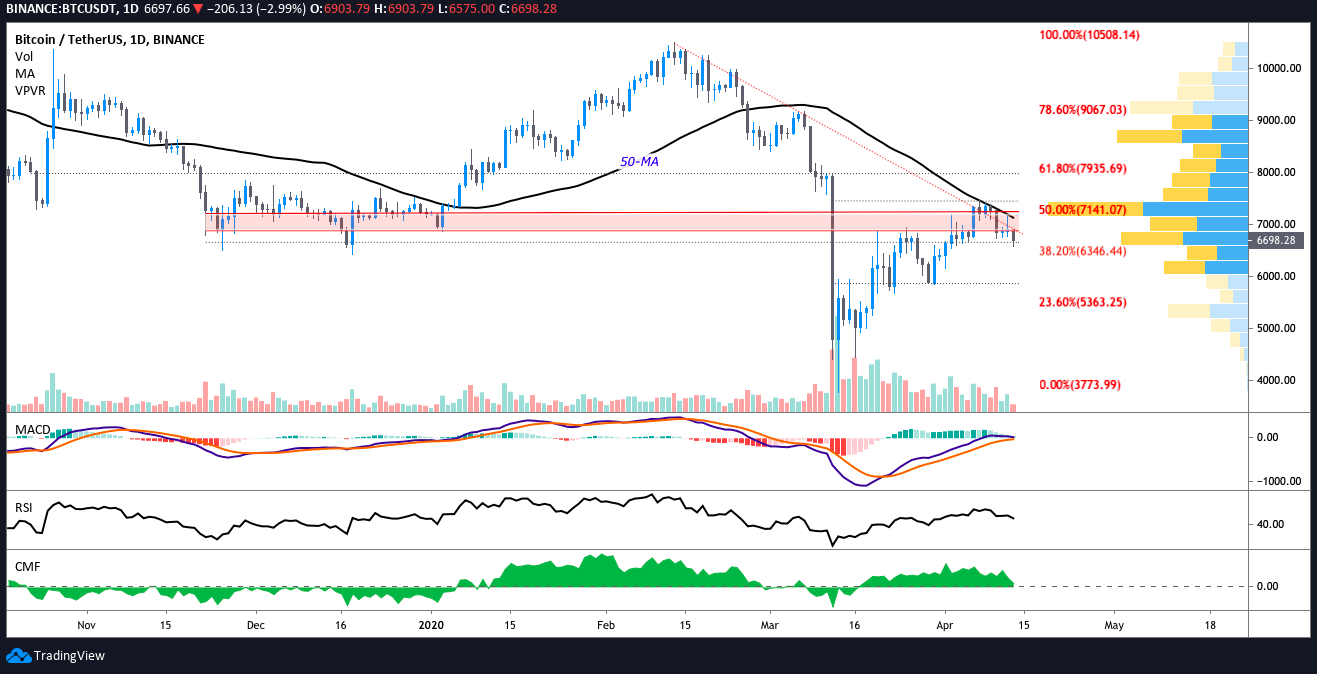 For the short-term, reclaiming $6,800-$6,900 would be a positive step in the right direction and at the time of writing the price is attempting to push through the volume profile visible range shows a high volume node in this range. 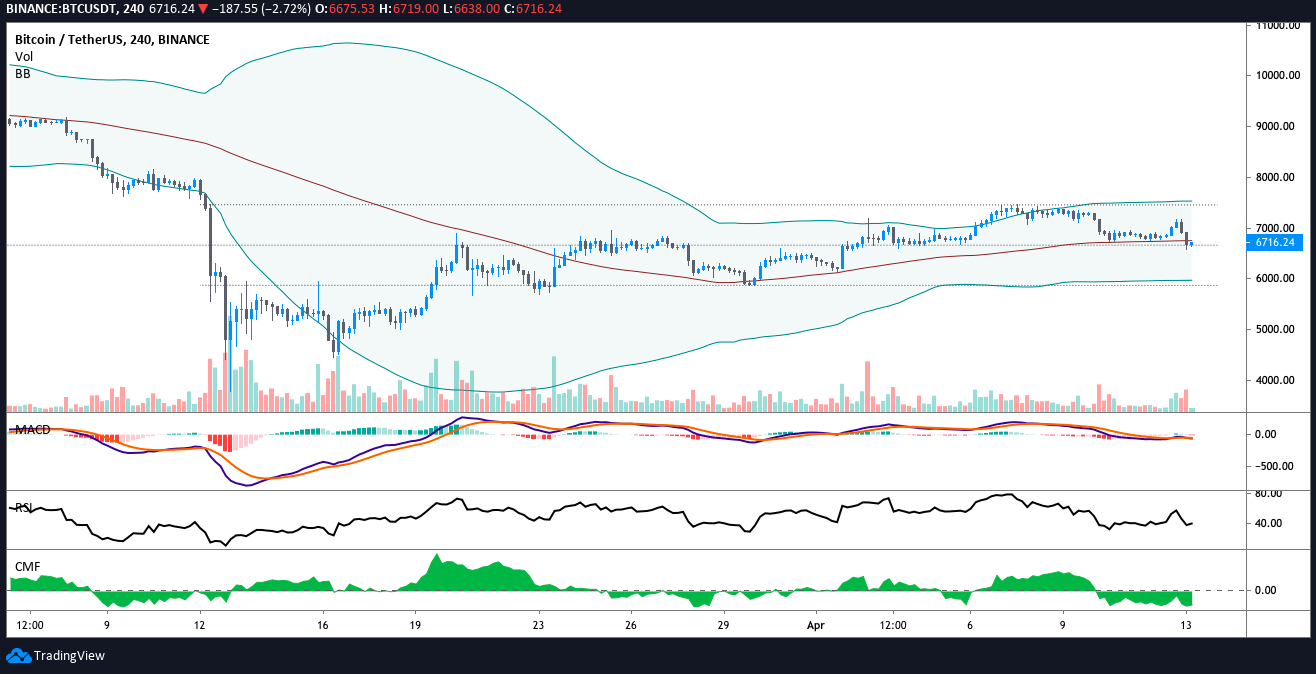 In the 4-hour timeframe, traders will notice that retaking $6,750 will bring the price above the moving average of the Bollinger Band indicator and currently the Relative Strength Index is pulling back up after dropping to 37.57.

Aside from Bitcoin’s technical setup, there are other developments that could impact the crypto asset’s price action. On Sunday, U.S. President Donald Trump tweeted that he had personally brokered a deal that would end the oil war between Russia and Saudi Arabia.

According to the latest reports, OPEC and associated allies will cut production by 9.7 million barrels per day and the reduction represents the single largest cut in output in history. After the announcement of the deal oil futures traded higher but at the time of writing, futures for the Dow and S&P 500 are down 1.51% and 1.50%, respectively. 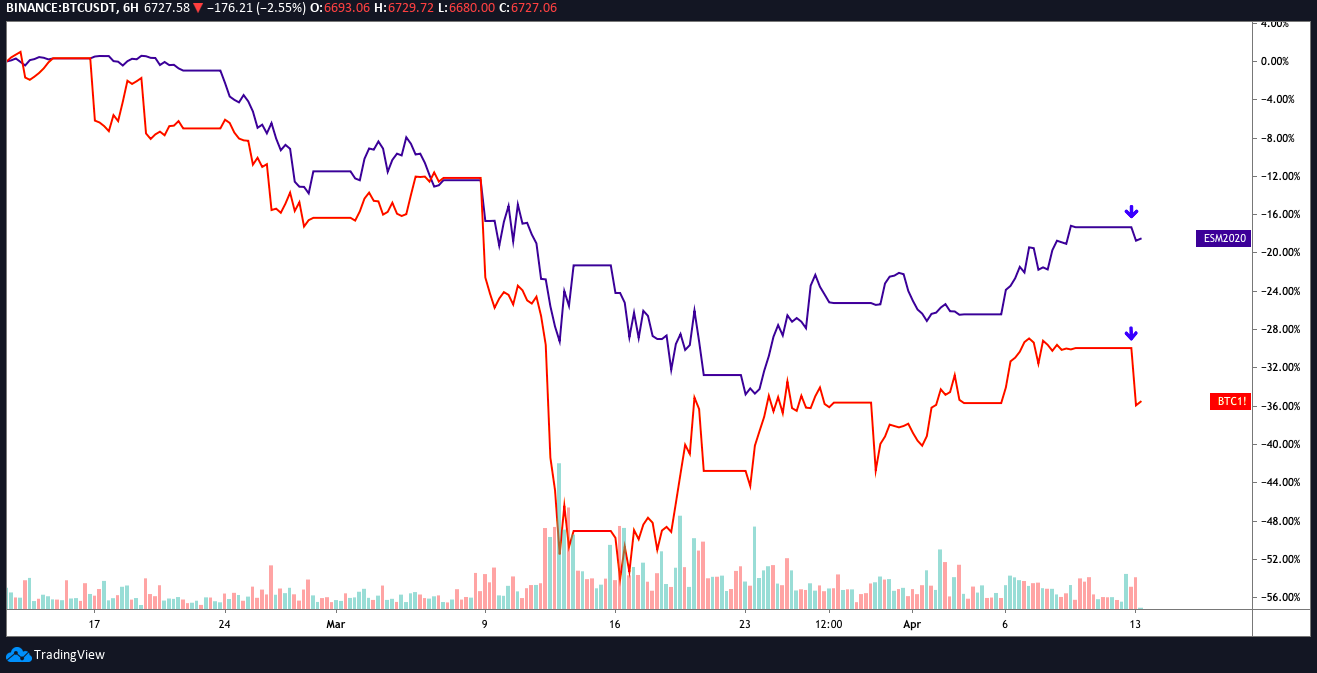 Given the correlation of major markets to Bitcoin price, traders will also be closely watching the opening bell later this morning to see if this has any bearing on the top cryptocurrency.

Leaked Docs Reveal How Binance Dealt With US Regulations: Report