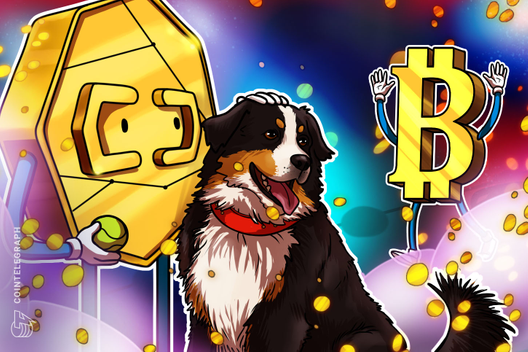 Lolli, an app that provides Bitcoin (BTC) rewards to users when they shop with partner stores, has teamed up with major American pet retailer Petco.

The rewards deal with Petco

Lolli announced the new partnership in an official blog post on Aug. 23. In the announcement, the company notes that there are two new veins of rewards that come with the partnership. One is that Lolli users can earn up to 3.5% satoshis (sats) of their purchases on Petco’s website, Petco.com.

Another is that Lolli users can earn a flat 5,000 sats payment for sharing a photo of their dog and commenting on the partnership. A satoshi is 0.00000001 BTC. Therefore, these users would earn 0.00005 BTC for promoting the partnership with their dog photos. At press time, this amount of Bitcoin is equivalent to a little over $0.51.

Petco is the second-largest pet chain retailer in the United States, controlling nearly 20% of the market according to data from Statista.

Lolli’s expansion with other stores

As previously reported by Cointelegraph, Lolli partnered with the American grocery chain Safeway near the end of July. As is the case with the Petco partnership, Lolli announced that they would offer 3.5% back in BTC for their total purchases.

Lolli also partnered with the booking service Hotels.com back in June. This website apparently lists over 325,000 properties in approximately 19,000 locations globally.

Why Solana Has Been The Least Impacted By The Crypto Crash