We’re less than 48 hours away from “the halvening” — and there’s been no end of drama over the past week. Initially, there was hype as Bitcoin soared, with the world’s biggest cryptocurrency testing $10,000. But over the weekend, a dramatic and sudden sell-off began — a sharp correction that caused BTC to slide all the way back to $8,100. Bitcoin plunged by 9% in a single hour as it failed to tackle the $10,200-to-$10,500 range, which has historically served as a strong level of resistance. Some analysts had been arguing that a sell-off was inevitable because BTC was overbought, but even they were predicting that this would happen after the halving. The big question now is whether that “fear of missing out” remains, whether Bitcoin can bounce back, and whether crypto executives, such as Decred Founder Joseph Young, believe prices will “roughly double” in the short term.

What the Bitcoin halving means for miners

It’s worth taking a moment to reflect on the impact that the halving will have on miners. A supply shock is imminent — and once it’s taken place, only 900 new Bitcoin will be entering circulation per day, a sharp decrease from the 1,800 we’ve had for four years. Data suggests that miners are hoarding BTC ahead of the halving, with ByteTree suggesting that higher prices are ahead of us. Many miners will see the expense associated with mining a single Bitcoin rise substantially, far beyond the average of $6,851 reported earlier this year. Some estimates suggest that it could cost anywhere between $12,000 and $15,000 in the not-too-distant future, and this means prices would have to rise if miners have any hope of breaking even. 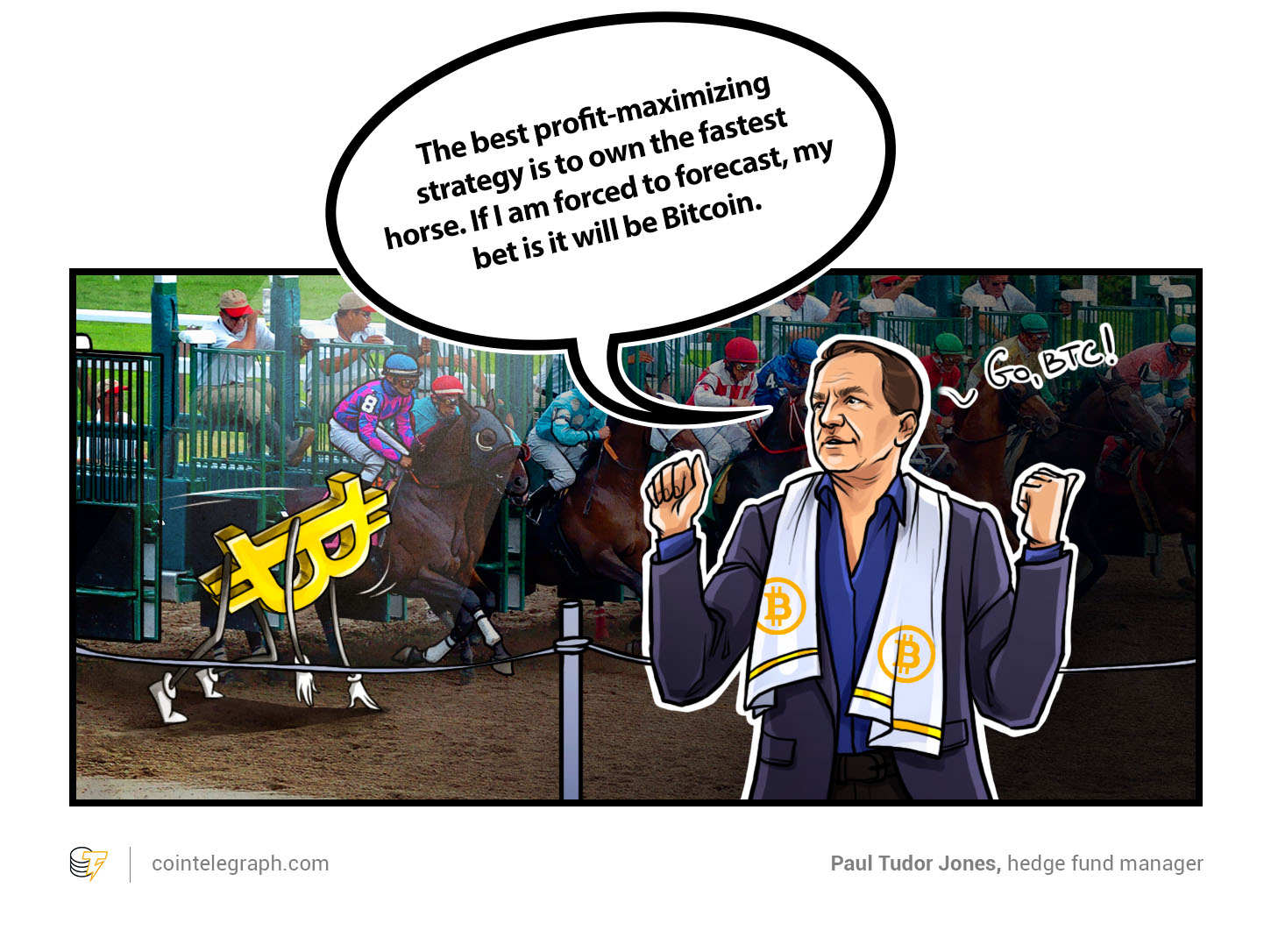 Stairway to scarcity: Bitcoin sentiment to rise despite halving impact

There are several one-off factors that make this halving different from the ones we saw in 2012 and 2016. One of them is the coronavirus crisis — and as countries around the world print trillions of dollars in new money to save their economies, some pundits believe investors will plow into Bitcoin as a hedge against inflation. There’s also substantially more institutional interest in BTC than there was before. Even senior analysts at Bloomberg, such as Mike McGlone, are bullish — arguing that Bitcoin has a big advantage over long-established assets such as gold. “Restricted supply means adoption is the metric that matters, and most indications remain positive in an unprecedented environment where virtually every central bank is aggressively adding liquidity,” he said.

Telegram suffered a massive slap to the face this week when an independent group of software developers, validators and users launched the “Free TON Blockchain.” The rival platform comes as the messaging app continues to be embroiled in a long-running legal dispute with the U.S. Securities and Exchange Commission. This breakaway community says Telegram “can no longer be involved in the project.” The launch came after U.S. investors who invested in TON were told that they won’t be eligible for a 110% refund of their money in April 2021 — and instead, they’ll only get 72% of their capital back now. Telegram’s founder, Pavel Durov, has reacted furiously to the legal battles brought by the SEC, describing the U.S. as a “police state” and discouraging entrepreneurs from moving their businesses to Silicon Valley. 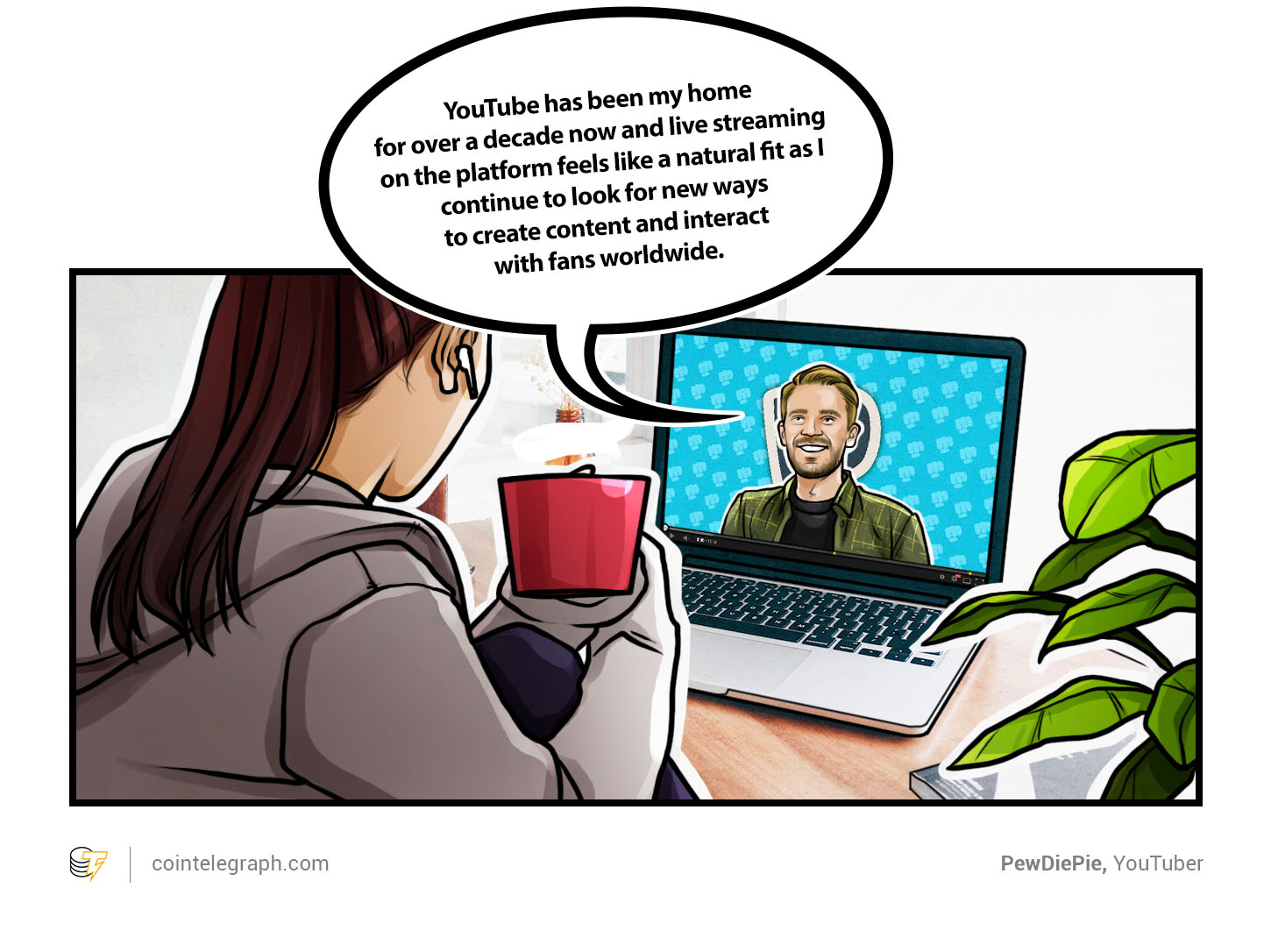 YouTube has signed a new deal with one of the world’s most popular content creators. PewDiePie has been wrestled away from the blockchain platform DLive, meaning he’ll be broadcasting exclusively on the Google-owned video-sharing site. Although PewDiePie was full of praise for DLive because of how they didn’t take large chunks of his revenue as commission, he failed to build anywhere near as much of an audience — attracting barely 1% of the 104 million subscribers he had on YouTube. 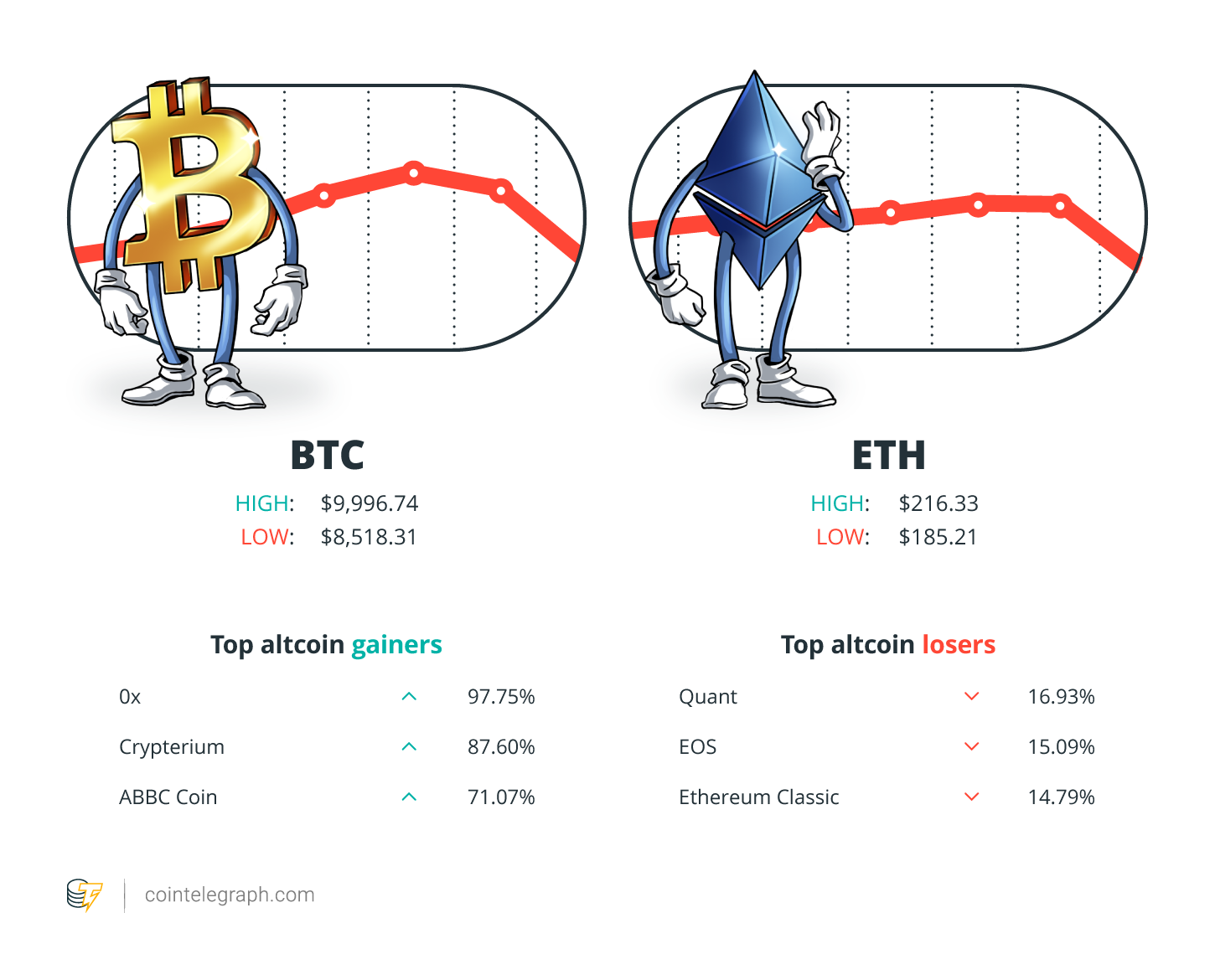 “The power has shifted away from miners. They’re not in the same position as they used to be ten years ago or even five years ago.”

“BTC has just scraped above $10,000 for the first time since mid-February, and an understated aspect of this impressive price surge (overshadowed by halvening news) is the fact that Bitcoin’s development activity rate has grown notably throughout 2020.”

“I definitely think that there’s a role for blockchains — and Ethereum in particular — to play in being this kind of neutral global player role [for] these systems, currencies, and applications to interact. I think anything created and maintained by nation-states can’t play that role.”

“Legal proceedings in the U.S. mean that Telegram, the initial creator of TON (Telegram/The Open Network) blockchain, can no longer be involved.”

“He [Schiff] tweets more #bitcoin than gold. And his commenters/followers are all bitcoin people. He is the sheep in wolf’s skin.”

“If there’s no halvening dump soon, BTC could run straight to ATH.”

“If this relationship holds… bitcoin would peak at $115,212 /BTC… I realize that price may sound ludicrous to some today… Just sayin’ that there’s more than a 50-50 chance bitcoin goes up – and goes up big.”

“Now that Buffett is out of the game and stock buybacks are rightly being called out as fraudulent, investors will ask… If Buffett was dead wrong about so much, was he also wrong about #Bitcoin and Gold? ANSWER: YES. Buffett killed his reputation by being stupid about BTC.”

The chances that Bitcoin will hit $40,000 and even $1 million have “risen dramatically” after it hit $10,000, according to Global Macro Investor CEO Raoul Pal. The sky-high figures fall in line with similar findings by PlanB, who has projected that BTC/USD could hit $288,000 between 2020 and 2024, with the potential to at least double that as a maximum. There have been plenty of other upbeat predictions this week. Morgan Creek CEO Mark Yusko believes Bitcoin’s price will shoot up by more than 1,000% as early as next year — adding that, if BTC’s market cap achieves the same value as that of gold, Bitcoin could soar beyond $100,000 at some point between 2021 and 2022. That forecast was echoed by Pantera Capital Founder and CEO Dan Morehead, who said there’s more than a 50/50 chance that Bitcoin goes up “and goes up big” — with $100,000 possible by August next year.

Analysis of Jeb McCaleb’s wallets appears to show that the Ripple co-founder sold off at least 54 million in XRP over the course of April. According to The Crypto Associate, McCaleb is liquidating his supply of tokens on a regular basis — and on average, he flogged 1.8 million XRP every day in April. The proceeds from these sales would come to a grand total of $11.7 million. McCaleb is a key figure in cryptocurrency’s history, having created the Mt. Gox exchange and co-founding Stellar. He also co-founded OpenCoin in 2012, which later became Ripple, and was allocated 9.5 billion XRP when the 100 billion supply was pre-mined. 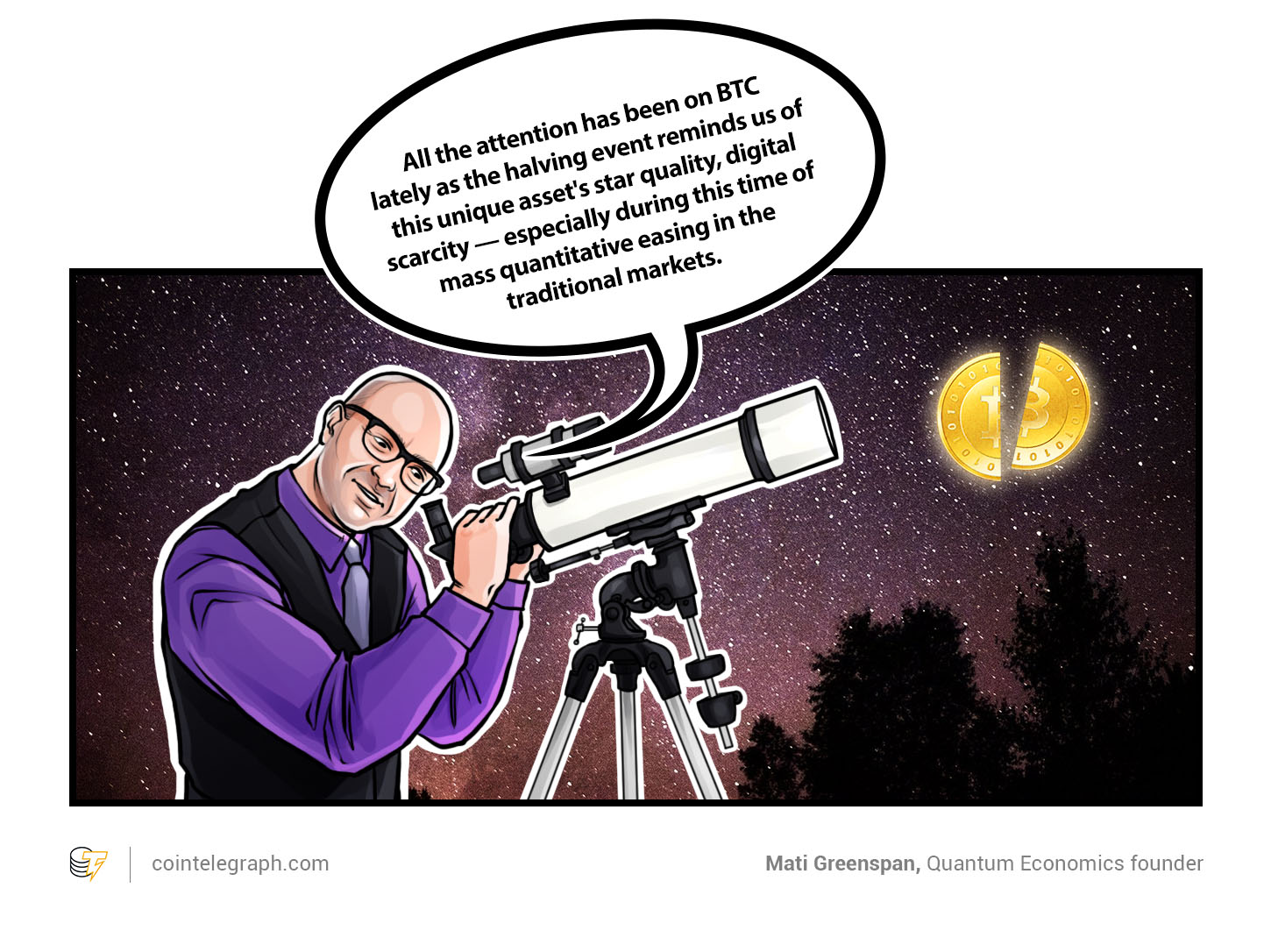 It’s a case that’s gripped the crypto community for years. Now, we know that the trial between self-proclaimed Bitcoin investor Craig Wright and the brother of his former business partner is going to begin in July. Ira Kleiman lays claim to half of the 1.1 million BTC that the Australian entrepreneur allegedly mined with Dave Kleiman before his death. Wright, one of the crypto world’s more colorful characters, has certainly had quite a week. He has faced yet another allegation of committing plagiarism — this time, in his doctoral thesis. A blogger has posted purported screenshots of Wright’s 2017 thesis that appears to show similarities with other publicly available sources.

A teenager is being sued for $71.4 million in damages for allegedly stealing $23.8 million in cryptocurrency from an investor in 2018. Ellis Pinsky was just 15 at the time of the alleged crime, and it’s claimed he and his co-conspirators pulled off the theft by swapping Michael Terpin’s SIM without his knowledge. Terpin says that he has managed to recover $2 million — but now Pinsky is 18, and he has filed a lawsuit to sue for the remaining funds, plus damages. The plaintiff has already managed to win a $75 million civil case against an alleged co-conspirator, and according to court documents, he says: “On the surface, Pinsky is an ‘All American Boy.’ The tables are now turned.”

Bitcoin gains ground on gold, bolsters claim as the asset of tomorrow

Experts weigh in on the ongoing gold-versus-Bitcoin debate: Which asset is more capable in these current times?

The Bitcoin halving and coronavirus are still dominating media headlines. Here are five things to do while waiting for both events to end.

Regulation is one of the biggest hurdles for crypto in India as exchanges continue the legal battle to establish a clear framework, as Jinia Shawdagor explains.

Cryptocurrency SIM Swapping Scammers Charged by US Department of Justice