Should Bitcoin traders stay bullish if BTC price corrects to $7,700?

Bitcoin is at a pivotal point — and the next few weeks are likely to be critical in establishing a medium-term price trend. The resistance zones are still clear: $10,100 to $10,500. According to analyst Michaël van de Poppe, another test of this resistance zone should end in a breakout to the upside. The more often a resistance gets tested, the weaker it becomes, as sellers get exhausted. He believes that the moment $9,600 breaks, a rally toward $10,000 should be expected — and if the bullish scenario plays out, further upward momentum is possible. “The $10,500 resistance has been tested several times, which means the price can quickly run to this level once more,” Michaël wrote. “If this happens, it wouldn’t be surprising to next see a price of $11,600 to $12,000 per Bitcoin very quickly.” He added that even if BTC retraces toward $7,500, it’s still bullish on the higher timeframes: “Corrections are healthy in markets and should be qualified as potential buy the dip opportunities.”

The stock and crypto trading platform Robinhood has vowed to make changes after a user took his own life. Alexander Kearns had reportedly seen an erroneous negative balance of more than $730,000 in his account. He left a note saying: “How was a 20-year-old with no income able to get assigned almost a million dollars’ worth of leverage?” The tragedy has prompted the platform to promise that improvements will be made to its offering — with stricter eligibility requirements, educational content on options trading and changes to its user interface set to be rolled out. 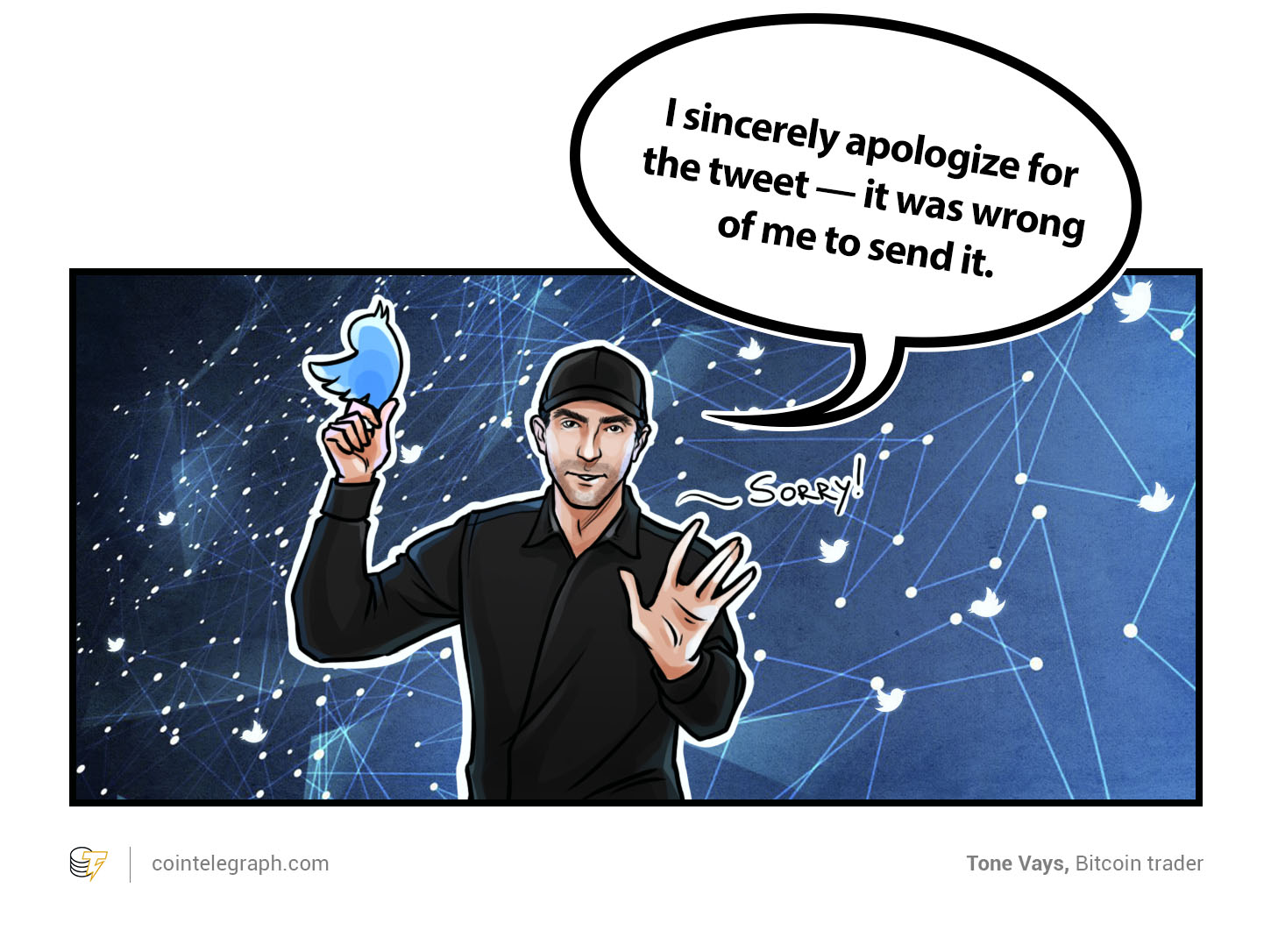 Wirecard, which issues Crypto.com’s debit cards, has a black hole of $2.1 billion in its finances. The major fintech company’s stock price plummeted by almost 50% after the issue came to light. According to the Financial Times, Wirecard staff in Dubai and Dublin appear to have conspired to falsely inflate sales and profits for almost a decade. Aside from Crypto.com, Wirecard also issues debit cards for Wirex, TenX and Cryptopay. While it is unlikely that user funds are directly threatened, the hole in the reserves could result in service disruptions. There are few providers willing to work with cryptocurrency companies, and the crypto debit card industry largely remains vulnerable to struggling principal issuers. In January 2018, the sudden collapse of WaveCrest left virtually all crypto debit card companies without a product.

Reddit is continuing to push forward with its Ethereum-powered “Community Points” reward system — announcing that it is seeking developers to help it scale the tokens for use by all of its 430 million monthly users. The social network wants to hear from projects that are building ETH scaling solutions, with its criteria warning “all demos need to simulate Community Points usage for 100,000 users.” Another important requirement is to ensure that tokens can be transferred relatively inexpensively. Interested projects have until July 31 to get in touch — and successful applicants are being warned that no cash reward is on offer. Reddit’s crypto-powered rewards were launched in two subreddit communities last month. While 17,413 r/Fortnite Redditors have signed up, just 3,646 r/CryptoCurrency members have created a wallet. You’d think it would be the other way around!

UAE resident who took out $100,000 crypto loan saved by ex-coworkers

And a nice story to end our news roundup with. Last week, we told you about a flight attendant who was facing up to three years in jail after being unable to keep up with repayments on a $100,000 loan he took out to invest in cryptocurrency. Now, it looks like he might be able to avoid prison time after receiving 25% of the total debt in donations from former coworkers. The funds are enough to cover about 12 months of repayments, providing some much-needed breathing space as he and his wife look for a new job. He joked: “Can’t wait to take a new loan and buy Bitcoin.” 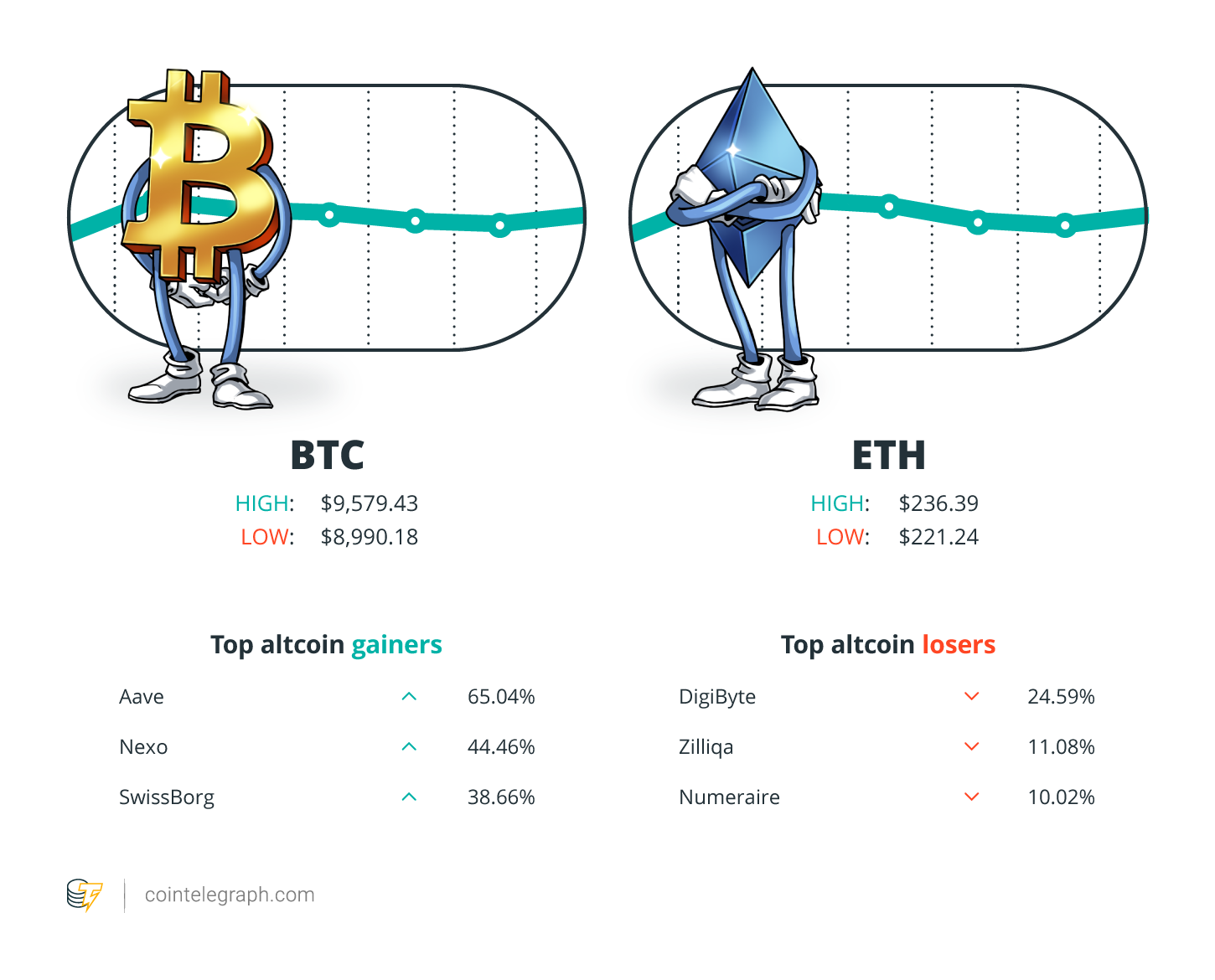 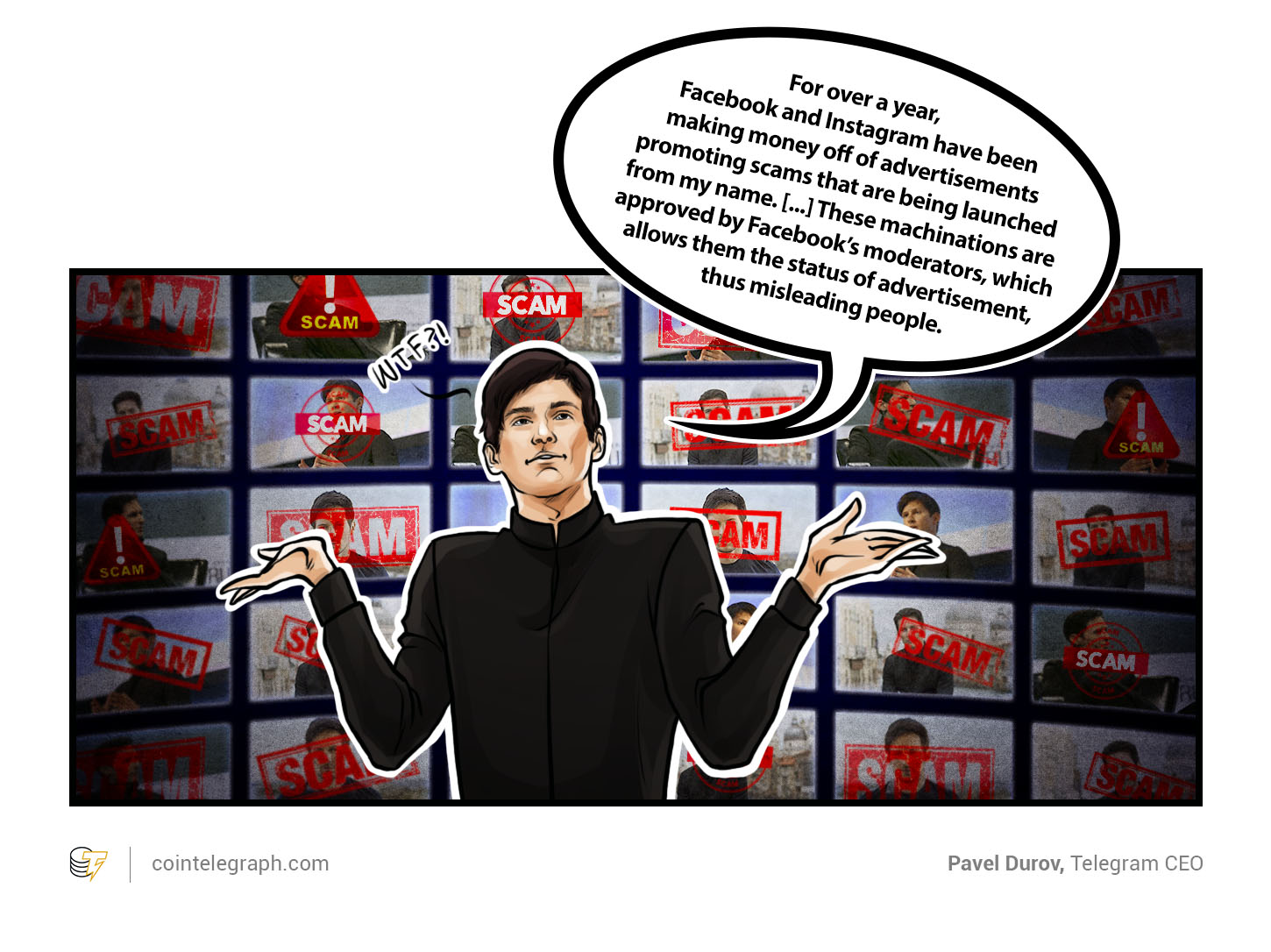 “Payments will need to be interoperable between fiat and cryptocurrency, and easy to send and receive across the globe.”

“Despite XRP having only closed above $1.00 on just 2.1% of its trading days, XRP’s aggregate estimated cost basis is $1.38. This suggests most XRP investors are deeply in the red.”

“Our goal is to find a solution that will support hundreds of thousands of Community Points users on mainnet today, and can eventually scale to all of Reddit (430 million monthly users).”

“There is no circumstance where police will contact individuals requesting Bitcoin. These scammers typically contact hundreds of people hoping someone will send them money.”

It’s time to welcome back Max Keiser, a long-time friend to Prediction of the Week. He’s told Cointelegraph that he believes legendary investor Paul Tudor Jones will be the biggest HODLer of Bitcoin within two years. Elsewhere in the interview, he said: “My target for BTC since 2011 has been $100,000 and I recently upped that to $400,000. The timing depends on when exactly the $USD collapses.” Keiser also claimed that this could “happen any day” — and warned that those who aren’t already positioned for this happening are going to end up “eating dirt.”

A damning new book has claimed that Donald Trump wanted to take his apparent dislike of Bitcoin off Twitter and on to the regulatory level. John Bolton’s book, The Room Where It Happened, alleges that the U.S. president told Treasury Secretary Steven Mnuchin to “go after Bitcoin” in May 2018. It’s not the first time Trump has expressed a dislike of the cryptocurrency. He went on a Twitter tirade in July 2019 — describing BTC as “not money” and “based on thin air.” A judge has rejected the Trump administration’s bid to halt the publication of Bolton’s book.

New data suggests that most XRP investors are “deeply in the red.” According to Messari crypto analyst Ryan Watkins, the cost basis for XRP is $1.38. As its current value is $0.19, this means token holders paid seven times more on average. XRP has had a turbulent start to 2020. It lost its position as the world’s third-largest cryptocurrency in May when it was overtaken by the Tether stablecoin. And to make matters worse, Messari data also shows that XRP was the worst-performing crypto asset among the 25 biggest coins between January and March.

Fraudsters in Canada have been impersonating local authorities to extort their victims for money. One victim received a call from a person who claimed to be from the Canada Revenue Agency — and in another case, the scammer pretended he was an officer with the Royal Canadian Mounted Police. Both victims were asked to withdraw cash from a bank and deposit it into a Bitcoin machine, and they were threatened with arrest if they failed to comply. One of them lost $8,836 due to the scam. “There is no circumstance where police will contact individuals requesting Bitcoin. These scammers typically contact hundreds of people hoping someone will send them money,” the RCMP said in a statement.

Read Stephen O’Neal’s deeper dive into the story of a potential scam operation paying millions in ETH transaction fees twice in a row.

The price of Bitcoin is now at a pivotal point after a 45-day range period, as crypto traders see both strong bearish and bullish scenarios. Joseph Young has more. 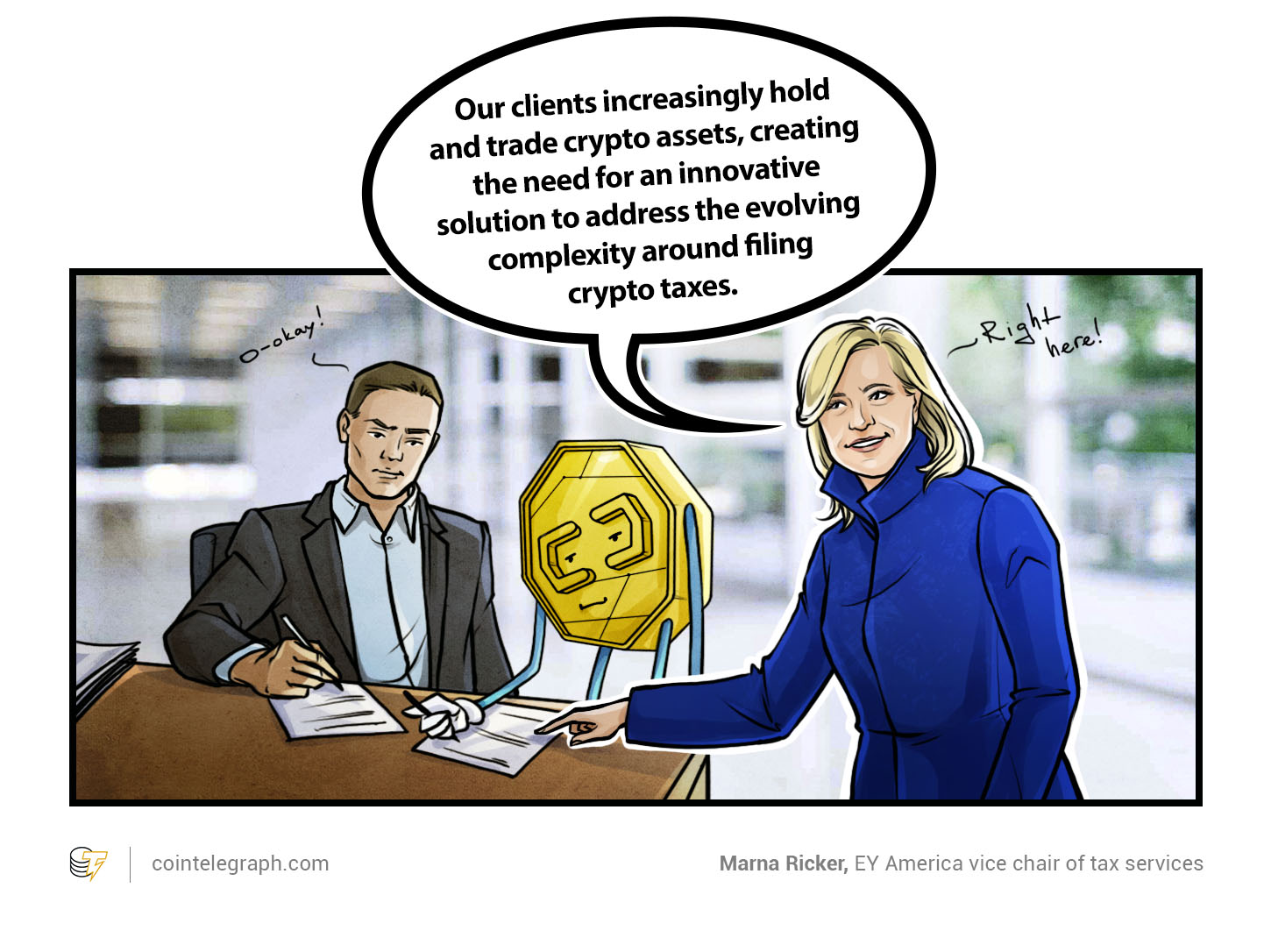 Keen to correctly inform the IRS about your crypto? Our Lokay Cohen has everything you need to know as 2020’s tax season looms.

Paraguay paves the way for crypto regulation despite internal opposition