After making a strong recovery from $3,775 to $6,450, Bitcoin’s (BTC) price has traded in a tight range which has seen the price struggle to push above resistance at $6,400 and $6,850. Despite the current pullback, technical indicators like the Stock-to-Flow model and the network’s consistent growth in hash rate show that investors have regained a small amount of confidence.

Another factor worth considering is Bitcoin’s mempool size as it also can provide some insight into how buyers and sellers are reacting during these uncertain times.

If a jam occurs in the memory pool due to an abnormal size of transaction waiting to be confirmed, the higher the probability to incur in a higher transaction fee to expedite it promptly.

Bitcoin’s mempool size reached a record-high value at over 130MB/block during January 2018, days after Bitcoin price slightly crossed its all-time high at $20,000.

This could suggest a relationship between the number of transactions waiting to be confirmed and Bitcoin’s price. If that is the case, the relationships would be inverse in times of corrections such as the one investors are facing now.

2020 shows an inverse relationship in Bitcoin mempool size and price

Considering a period from Feb. 19 until March 13, when Bitcoin lost 60%, we find that the correlation between the Bitcoin mempool size and its price is negative at -41.2%. This is a very high relationship considering that this correlation for the entire 2020 period available is almost non-significant at 2.34%.

In correction periods during 2016, where Bitcoin lost more than 20% in price, we find the same negative relationship between the mempool size and Bitcoin price, even though both have a high difference in values — one period is very inversely correlated (-83.1%) and the other period very slightly negative (-4.6%).

In the six periods where a correction of up to a 20% decrease in price during 2017 and 2018, we find an inconclusive relationship across the correlations and this makes it impossible to reach a solid conclusion. 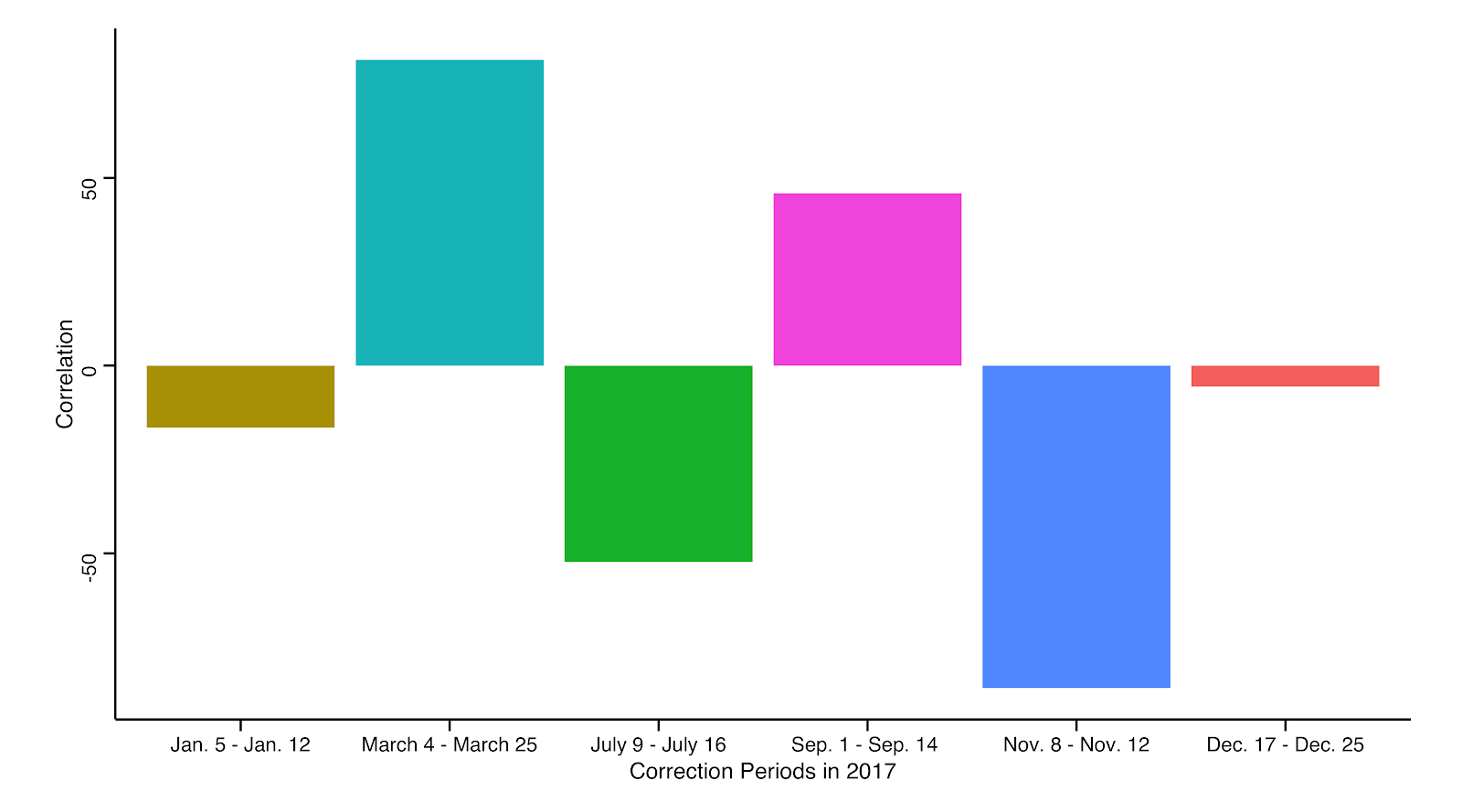 However, if we look closely at the two periods that occurred during the second half of 2017 when Bitcoin ended up reaching its record price, both periods show an inverse relationship between the mempool size and Bitcoin price. 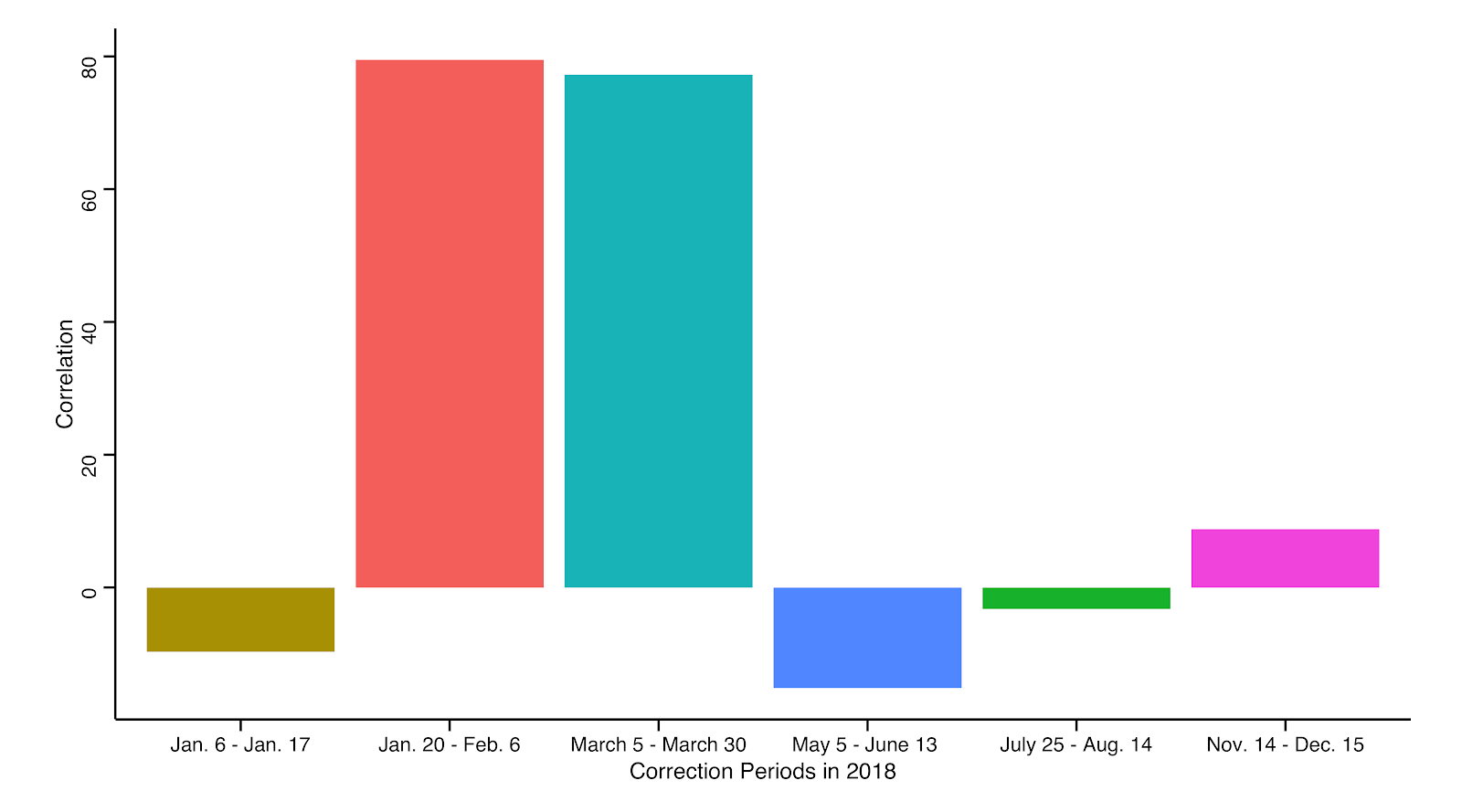 During 2019, four out of the five correction periods identified showed a positive correlation between the Bitcoin mempool size and its price, except for the last periods, which showed a slight negative correlation. 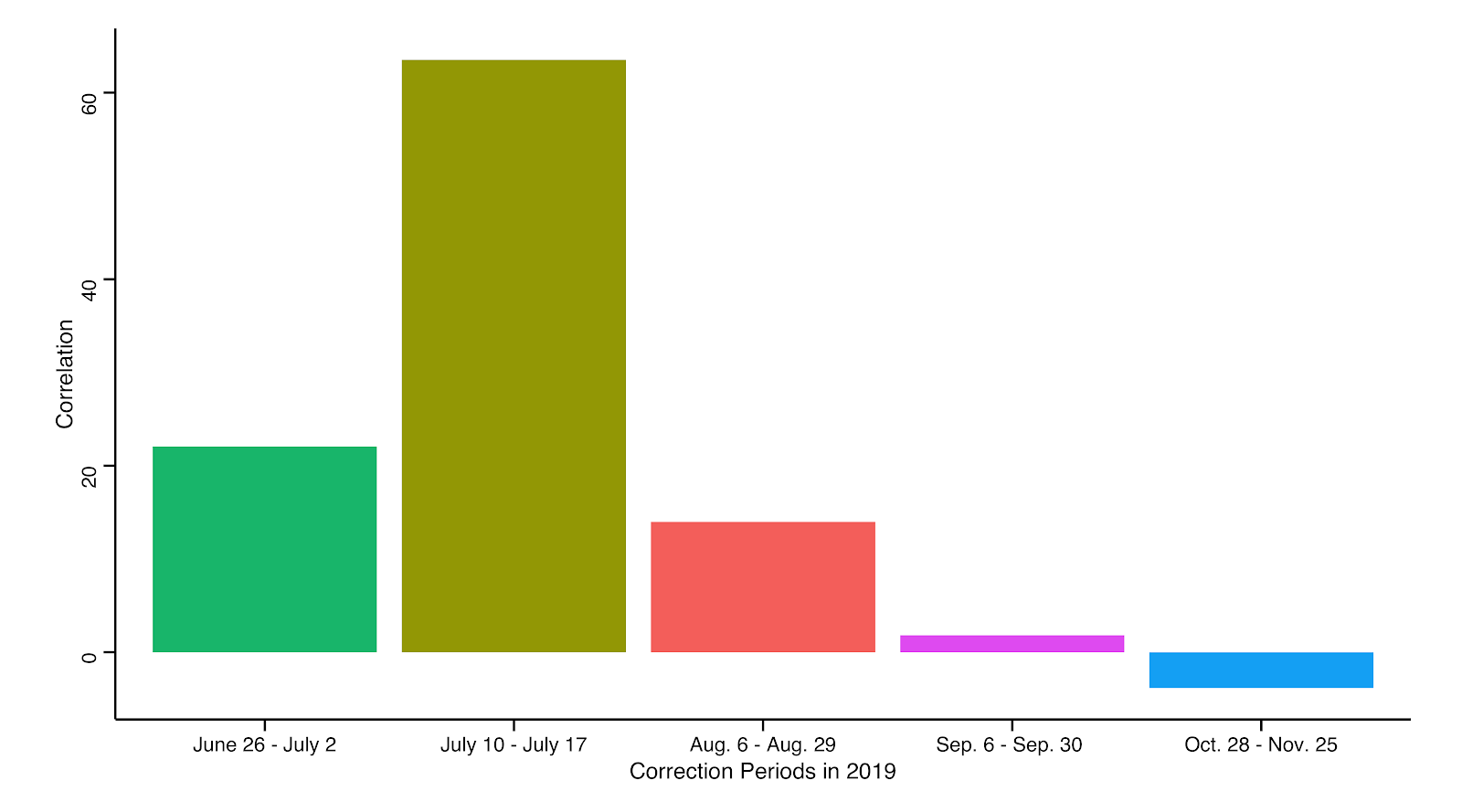 Correlation between Bitcoin price and its mempool size during 2019

When considering the relationship during each year instead of only analyzing the corrective periods, we find a clear trend and a positive correlation between the mempool size and Bitcoin’s price.

“There is so much BTC in transit”

Last week, there has been an increase in the mempool size even as Bitcoin’s price is going down. Looking forward, we may see the continuation of this inverse relationship contributes to the uncertainty of Bitcoin’s price in the short-term.

“I just can’t be long while I know there is so much BTC in transit.”

The amount of Bitcoin possibly being moved into and out of exchanges in the last week’s raises further doubts about the inverse relationship between the mempool and Bitcoin price.

Data for the mempool size drawn from Blockchain.com and prices from coinmarketcap.com. The views and opinions expressed here are solely those of the author and do not necessarily reflect the views of Cointelegraph. Every investment and trading move involves risk. You should conduct your own research when making a decision.

Here’s Why a CryptoPunk Sold for $530M