One week after the Bitcoin rewards halving, investors are speaking more positively about the coin than they have at any point over the last 2.5 years according to crypto data company The TIE.

Chief Executive Officer (CEO) Joshua Frank spoke to Cointelegraph on May 18, saying the 30-day average daily sentiment score — the number of positive reviews in relation to the number of negative reviews — of Bitcoin (BTC) is the highest the company has ever recorded.

Bitcoin’s sentiment (30 day average) is the highest that we have recorded since 2017.

In addition, 30-day average tweet volumes for BTC were also at an all-time high for 2020. On May 17, there were 31,111 tweets about the cryptocurrency with words including “Bitcoin”, “gold”, “trading”, and “halving”. Even author JK Rowling and tech mogul Elon Musk were high in the rankings, due to Rowling’s May 15 Bitcoin inquiry on Twitter and Musk’s response. 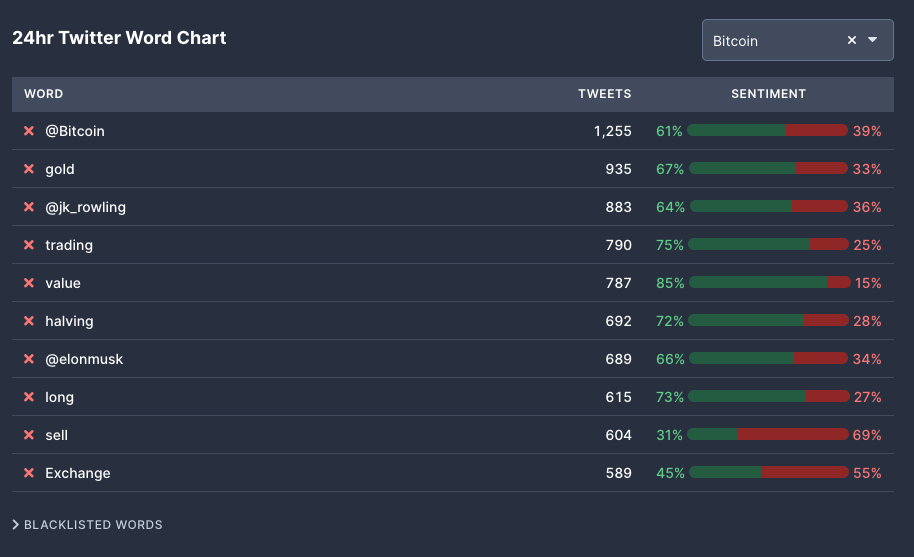 Frank said this data made the market look “extremely bullish about Bitcoin”, with the overwhelming majority of words used by investors on Twitter on May 18 as positive. Even pre-halving, The TIE found a “moderately strong and positive” correlation between mentions of Bitcoin’s halving and the asset’s price.

According to The TIE, “while the Halving remains a positive point of conversation for BTC, the digital gold narrative is reemerging as the dominant narrative for the coin during this time of extreme economic uncertainty.”