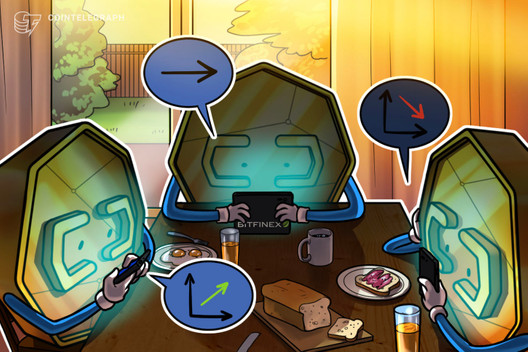 Catering to the social realm of the digital sphere, crypto exchange, Bitfinex, announced its own social network, which opened today.

On the exchange’s social network, called Bitfinex Pulse, customers can immerse themselves in the energetic world of trading, collaborating on concepts, and other market related activities, said a statement provided to Cointelegraph.

The product looks to give users a leg up against the rest of the crypto trading world as they communicate with their fellow Bitfinex compatriots.

Different from other social trading platforms

Bitifinex Pulse is not first to the party regarding the social trading aspect of crypto. Other players have produced similar products, such as eToro, which has trader profiles, messaging, statistics, and copy trading — a feature allowing traders to jump in similar positions as other traders.

“Unlike eToro, which from its very inception was a social investing network (aimed at a mainstream retail market), Bitfinex Pulse is tailored specifically to the needs of the exchange’s users,” a Bitfinex representative told Cointelegraph. “The emphasis will be on the niche, high-quality content that this more technically proficient audience requires.”

The representative confirmed Bitfinex Pulse will not host copy trading. The exchange did not provide additional clarity on the verification process for its social media endeavor, other than information from the company’s public statement.

Lost with the extinction of trading pits

Before the digital takeover, trading was often a high intensity, in-person affair. Filled with workers jockeying for profits, trading pits hosted a competitive high-energy community. Traders could pick up on certain elements or cues in the room, fueling trade concepts and momentum.

As trading has largely transitioned into a digital activity, the crypto space boasts a new era of emotion and community. This is found on various social media platforms. As emotions run high during the market’s highs and lows, Twitter and other platforms often host a plethora of sentiment, trading ideas and gusto.

Bitfinex Pulse is another place for trader gathering

We have launched Bitfinex Pulse in response to the demand of our users for a professional content distribution platform for traders. Building on the success of the public leaderboard — which has already created crypto icons on Twitter.”

Verified participants can post openly on the platform, as well as communicate via private posts with other users. Unverified users only have access to private posting.