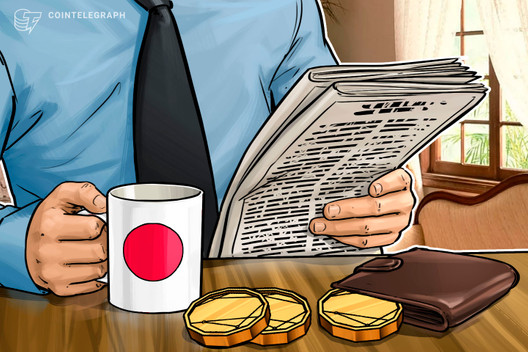 BitFlyer, the biggest crypto exchange in Japan in terms of trading volume, has announced a partnership with Brave, the privacy-protecting browser.

According to the announcement, BitFlyer and Brave will develop “a crypto asset wallet for Brave browser users”.

No further details about the new crypto wallet have been made available. Japanese users of Brave browser are rewarded with Basic Attention Token Points (BAP), due to regulations that prevent them from earning the cryptocurrency BAT, or trading their points for money on exchanges.

The announcement is likely to fuel speculation that the new crypto wallet could pave the way to enable Japanese users to earn BAT, instead of BAP, or somehow convert between the two.

“At this point, we are using ‘points’ to reward users but there are some limits. [Through the partnership] we think it may be possible to go beyond that”

BitFlyer explained that further details about the crypto wallet will be revealed at an event held on July 30th in Tokyo in which Brendan Eich the founder of Brave will participate. The event is mainly targeting advertisers.

In the case of Rush Gaming, users of the limited edition browser can earn BAP by watching ads. The BAP can be used to support Rush Gaming’s esports team.

While refraining from saying what users can do with the new wallet, BitFlyer said:

“Brave is the BAT connected browser and browsing is an everyday activity. It will be a new opportunity for users to use and earn cryptocurrency and we see it as a new model case to show the potential of cryptocurrency […] We want to make people feel more familiar with cryptocurrency through the partnership with Brave”

BitFlyer and Brave are also planning to launch a joint marketing campaign in Japan “to expand the recognition of cryptocurrencies and blockchain technology among our customers and to improve customer convenience”.

How Futures Traders Could See The Bitcoin Selloff Coming