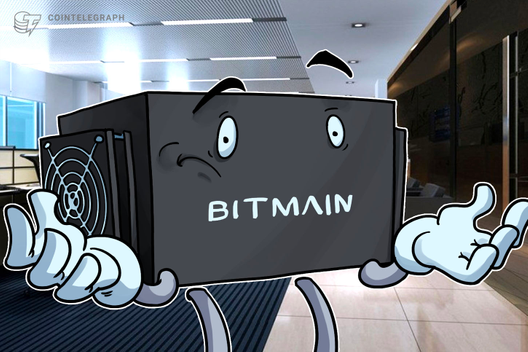 Cryptocurrency mining hardware manufacturer Bitmain has accused a cryptocurrency project of falsely using its name in the promotion of a product dubbed Mangocoin (MNG).

In an Aug. 9 blog post, Bitmain states that it came across a fraudulent use of its brand in the sale of a product dubbed “Bitmain Cloud Miner” and in the promotion of Mangocoin. The fraudsters allegedly masqueraded as Bitmain and promoted the products on their website, application and software.

Bitmain thus warned the public that Mangocoin and its social media accounts, website, application and dedicated groups in messenger apps are not the company’s business channels or platforms, noting that Bitmain does not stand behind MNG as its developer.

The company further says that it has taken legal action in order to protect itself and its users’ rights, adding:

“We would like to remind our existing and potential customers to correctly identify the service provider when purchasing products, to sign up for or purchase anything online only after careful deliberation and stay alert to misleading promotions, illegal fund-raising, fraud and other malicious activities on the internet.”

As reported in late July, cyber criminals had been sending scam emails claiming to be from the United Kingdom’s Financial Conduct Authority and promoting crypto assets investments.

In January, Japanese online broker Monex Group, the owner of hacked cryptocurrency exchange Coincheck, warned of a new scam claiming to be related to its business. The scam, about which only brief details have been released, involved potential victims receiving calls from an entity dubbed “Monex Coin Management.”

What Happens When You Try to Sanction a Protocol Like Tornado...

Newest Crypto - August 11, 2022
0
Instead of targeting said hackers or going after identifiable bad actors, the government has imposed a sweeping ban on the protocol. Elliptic, an...