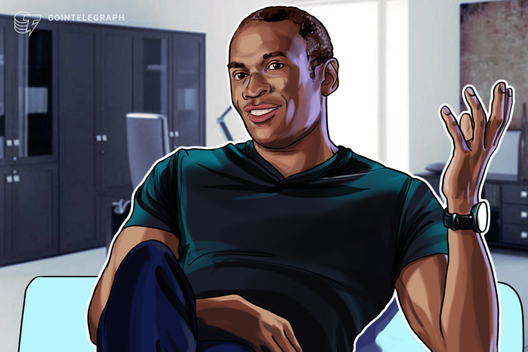 BitMEX CEO and co-founder Arthur Hayes says traditional traders may lose their lunch breaks and weekends as digital finance is going to change everything, including workplaces.

In a Sept. 19 article by Bloomberg, Hayes noted that cryptocurrencies trade 24 hours a day, seven days a week, and that this will end up affecting “everything from traditional equities, bonds and currency trading, to the way payments are processed and recorded.”

The CEO of BitMex made his remarks at the Milken Institute Asia Summit in Singapore, where he added that “traders may even lose their lunch breaks and weekends as traditional assets absorb some characteristics of digital ones.” Hayes added:

“Some of the practices in our market are going to be mimicked in traditional trading […] All these things about being somewhere and trading something and physically reconciling records is all going to go out the window. Once you get away from that and understand that everything will be digital in the next 10 years, you realize that Bitcoin isn’t such a strange idea.”

It remains to be seen how labor organizations, who were crucial in the passage and adoption of weekends, the forty-hour workweek and mandatory breaks, will respond if Hayes’s prediction comes to pass.

On Sept. 18, Hayes predicted that Bitcoin (BTC) could soon shoot to $20,000 as a result of emergency measures from the United States Federal Reserve.

Hayes comments came right after the Federal reserve swooped in to decrease interest rates on some loans which reached more than 10%, or four times its target. More than $53 billion was pumped into the economy through quantitative easing (QE) measures.

“QE4eva is coming. Once the Fed gets religion again, get ready for #bitcoin $20,000,” Hayes tweeted.

About 80% of ETH Supply Is Qualified for Staking, Says ConsenSys