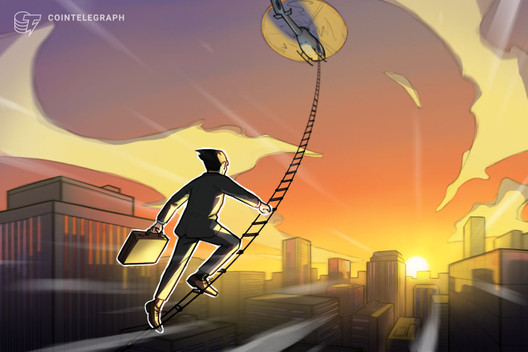 Bill Shihara, founder and CEO of Bittrex crypto exchange, is joining the Board of Directors for Seattle-based blockchain startup StormX.

According to an announcement from StormX, the addition of Shihara to the board comes after the CEO invested “an undisclosed sum” in the company’s latest equity round. However, Shihara was already an angel investor for the startup — originally founded in 2015 as Bitmaker — and reportedly acted as one of its ICO advisors.

StormX CEO Simon Yu cited Shihara’s experience with Bittrex as one reason to be optimistic. Yu said the Bittrex CEO’s “strategic advice and connections” could help fuel growth at the blockchain company in the years ahead.

StormX’s StormShop service gives users crypto rewards when they buy from over 500 partner stores, including eBay, Microsoft, Walmart, Target, Samsung, and GameStop. After making a purchase, users have the option of getting cryptocurrency back in the form of Bitcoin (BTC), Ethereum (ETH), Litecoin (LTC) or Dai (DAI).

According to StormX, those who choose to make purchases with the platform’s native token STMX — which they can earn by doing jobs through StormX’s microtasks platform — get “additional perks” including “up to 87.5%” crypto cashback.

The company said that nearly 200,000 people have signed up since March, when StormX began offering new services for iOS and Android users. STMX has a market capitalization of $13.2 million and is priced at $0.0019, a nearly 50% drop since mid-June.

Bittrex is currently named as one of the defendants in a class-action lawsuit originally filed against Tether and Bitfinex in October 2019. The Southern District of New York alleges that the crypto exchange — along with Poloniex — was in on a plan to inflate the supply of Tether (USDT) to drive up crypto prices in 2017.

The Plaintiffs accuse Bittrex of facilitating the coordination of enormous buy orders across multiple exchanges to create the illusion of fresh liquidity flooding into the markets.

Bitcoin Halving Isn’t Priced In Based On This Indicator, Which Means...