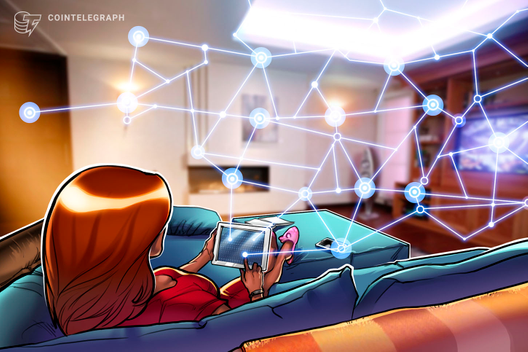 Tachyon network, a decentralized internet protocol has officially launched its white paper which discloses details on the project background and Tachyon ecosystem.

In a press release shared with Cointelegraph on Sept. 27, Tachyon network announced the release of its white paper revealing details on how the protocol is set to reconstruct the TCP/IP model.

The TCP/IP model, after 36 years of use as the foundation of the internet, is slowly falling behind the increasing demand for stability, security, speed and trust, the white paper reads, adding:

“Built upon the technology of X-VPN, a renowned VPN provider already serving over 50 million people worldwide, Tachyon Protocol is set to combine all the proven, tested and accepted P2P technologies in the niche — DHT, blockchain, UDP and encryption — to ensure high security, intractability, availability, and maximum network speed by utilizing the optimal data throughput.”

Released as an open-source library, Tachyon Protocol is designed for integration into any main chain, cross chain, side chain or DApp. Its native cryptocurrency token IPX is planned for listing on exchanges later this year.

Cointelegraph previously reported that Neo, a decentralized open-source blockchain application platform, announced that it became the first-ever blockchain member of Microsoft’s .NET Foundation. Neo stated that it is cultivating exciting partnerships that will help build the next generation of the internet — as well as creating solutions to tackle the current roadblocks to mass adoption of blockchain.