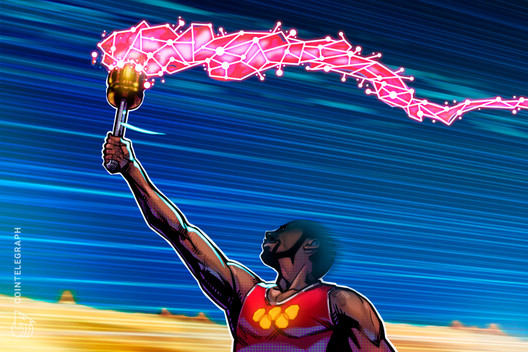 People claiming to be part of the so-called “World Olympic Sports Foundation” say they’re using blockchain technology to help people invest in special products and other commercial developments pertaining to the Olympics. But that money actually ends up in the pockets of anonymous scammers.

They make reference to the Tokyo Olympics Torch Relay to trick people into parting with their money, thinking it’s going to a genuine cause. The Chinese Olympic Committee’s legal team emphasized in an announcement that:

“First, owners of the Olympic Symbol have the exclusive rights to the Olympic intellectual property. Second, Olympic official activities have a strict approval process and rules, and it will not allow third parties to carry out relevant sponsor solicitation and financing without the presence of the Committee itself.”

As Cointelegraph reported a couple days ago, the majority of the blockchain companies that closed down last year in China were either cryptocurrency scams or had deficient business models.

Although the Tokyo Olympics were delayed until 2021 due to the pandemic, illegal Olympic fundraising disguised by blockchain still shows up in China.

Why Crypto Could Heading For A Retest Of The Summer Lows