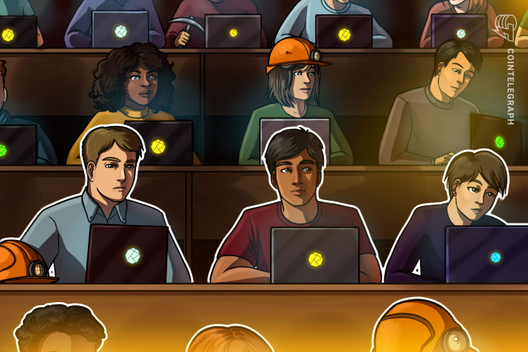 Privacy-centric computing network and app ecosystem Blockstack has announced a partnership with Lambda School. Students enrolled in the program can reportedly now learn how to code Blockstack apps and earn monthly revenue through its App Mining Program.

Gain the skills to pay the bills

According to a press release shared with Cointelegraph on August 12, Lambda is a skills-based online school with a curriculum designed around the requirements of employers. This reportedly ensures that graduates master all the skills required to succeed. In addition, it offers tuition at no cost until the student is hired, thus removing barriers to high-paying careers.

According to CEO Austen Allred, the partnership with Blockstack “gives Lambda School students a direct path for gaining real-world development experience while earning additional income for their work.”

Not just about the money

As Blockstack CEO Muneeb Ali reportedly said, “this is the sort of program I wish was available to me when I was a student.” The App Mining Program is advertised as giving students the support to take their apps into the real world.

Blockstack also plans to supply a range of tools needed for quality control. Each student-developed, decentralised app will be subject to reviews and comprehensive user-testing videos. They will also benefit from a guided launch on Product Hunt, and marketing insights through awareness reviewer, Awario.

As CoinTelegraph reported, last month Blockstack gained SEC approval for its $28 million public token offering. This is the first SEC-sanctioned offering under Regulation A+, which will offer a token rather than a share.