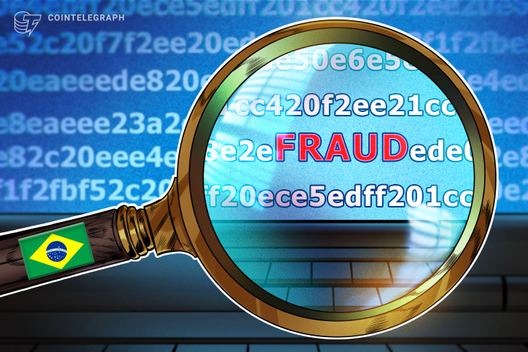 Brazilian Congressman Aureo Ribeiro, author of a bill that purports to regulate the Brazilian crypto market, requested the opening of a Parliamentary Inquiry Commission (PCI) to investigate crypto-related fraud in Brazil.

Cointelegraph got access to a document that asks for a deep investigatigation into companies like Atlas Quantum (and CEO Rodrigo Marques), Zero10, and Trader Group, among others.

“Increasing interest in cryptocurrency transactions has been accompanied by a proliferation of fraud,” the document reads. “The lack of regulation and vigilance combined with high levels of abstraction, anonymity, cross-border operations, and other peculiarities inherent to the crypto market shows potential risks to users and investors.”

The congressman also explains in the same document why Atlas Quantum — once the biggest crypto company in Brazil, but now facing legal and financial issues — should be investigated:

“Atlas Quantum published a video on September 18 that show a cryptocurrency balance of more than $54 million (at the current price) that would have been withheld on three accounts on the HitBTC exchange. But the exchange denied this through its official Twitter profile on October 2, 2019, and informed investors that Atlas Quantum leaves no value stuck on the platform. HitBTC further stated that the video is fake, and that the Atlas team made no official request for assistance. At the same time, there are numerous investors who fear that the company will not be able to honor its liabilities to customers if they all request withdrawals. After the huge media coverage of the case, Atlas Quantum presented an audit report that allegedly attested to the amount of Bitcoins and stablecoins it has. But would it be sufficient to honor their commitments to the entire customer base?”

The congressman also talks about the epidemic of cryptocurrency pyramid schemes in Brazil:

“The amount of fraud involving Bitcoin and cryptocurrencies is frightening. We have opened a new page on our website for people who have had problems with pyramid schemes to report their cases, and we have received a huge number of reports and requests from people all over Brazil.”

“We have received so many reports that the PCI will be a huge effort and will need a big task force. We ask anyone who’s had a problem with cryptocurrency companies to go to my website: deputadoaureo.com.br and look for the proper tab to make your complaint about crypto pyramid schemes,” the deputy said.

Newest Crypto - November 30, 2021
0
Mercado Bitcoin currently has 3.2 million users, a figure that represents 80% of the accounts held by individuals on the Brazilian stock exchange,...