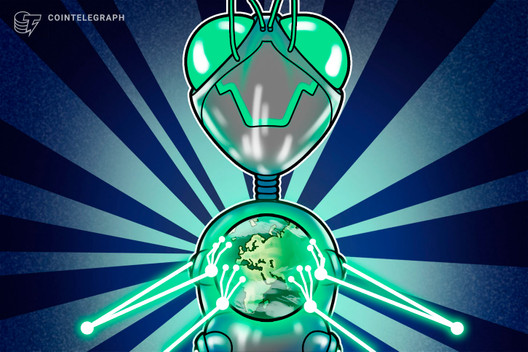 China’s Blockchain Service Network, or BSN, will look at how to best approach public blockchains globally while still maintaining an interconnected network and has not separated into different entities, a member of the initiative said.

The group looking at international blockchains, BSN-International, is headed by Red Date Tech. BSN-China is governed by the current BSN Development Association.

Yifan He, CEO of Red Date Tech, told Cointelegraph the two groups are still working on one global BSN network spanning the world and China and has not split into separate entities. He said:

“Each country has laws and regulations to govern the deployment and use of the Internet, notably including privacy, security, and data localization rules. Once the BSN goes global, it is required to be compliant with these same types of policies. In each country or region, all BSN operations will need to comply with local laws and regulations. In China, there is a clear regulatory restriction on the deployment of public permissionless blockchain networks. Since the BSN is meant to be a global interoperability network, it must comply with these rules in China, but also be flexible enough to accommodate other blockchain ecosystems such as public chains internationally.”

He adds the BSN “will catalyze a similar internet paradigm as the backbone of the internet of blockchain” by connecting all private and public frameworks.

While BSN-International has an independent governing body separate from the governing body of the network in the country, He said, it does not mean it is no longer integrated with BSN in China.

People Have Spent Almost $7M on ETH Gas for Uniswap

What’s Going On With Ethereum’s MEV-Boost?