Why today’s weekly close is crucial to avoid $8,000s

Not so long ago, the crypto community was abuzz with the expectation that Bitcoin was about to surge into five figures — dreaming dreams of a parabolic bull run. How things change. Right now, BTC is in a battle to stay in the $9,000s, and all eyes are on the weekly close. The world’s biggest cryptocurrency needed to end Sunday above $9,300 to avoid the risk of a further slide, according to Cointelegraph contributor flibflib. He says failure to retain this level will likely see BTC “retest the May lows and the 20-week moving average, currently around $8,160.” So, has Bitcoin topped out? Is there too much selling pressure around $10,000? Well, analysis of Binance’s order book suggests there is huge resistance between $9,500 and $10,005… and this is unlikely to step in until more buyers enter the market.

Did Satoshi Nakamoto just move his coins for the first time in 11 years?

Some of the earliest mined Bitcoin moved for the first time in 11 years this week. An address containing 50 BTC created in February 2009 — barely one month after the launch of the Bitcoin mainnet — swept its entire holdings to two different wallets. This led to frenzied speculation that Satoshi Nakamoto, the pseudonymous inventor of BTC, might be on the move. Bitcoin’s price actually fell from $9,900 to $9,300 as the market digested the transaction, but it began to recover as details about the intricacies of the transaction reduced the likelihood that Satoshi was involved. As Casa CEO Jameson Lopp told Cointelegraph: “Could be a million possible reasons. Maybe someone found a lost hard drive. Maybe someone needed to make a super-private transaction, so they used freshly mined coins. Maybe it’s just someone diversifying their assets.” 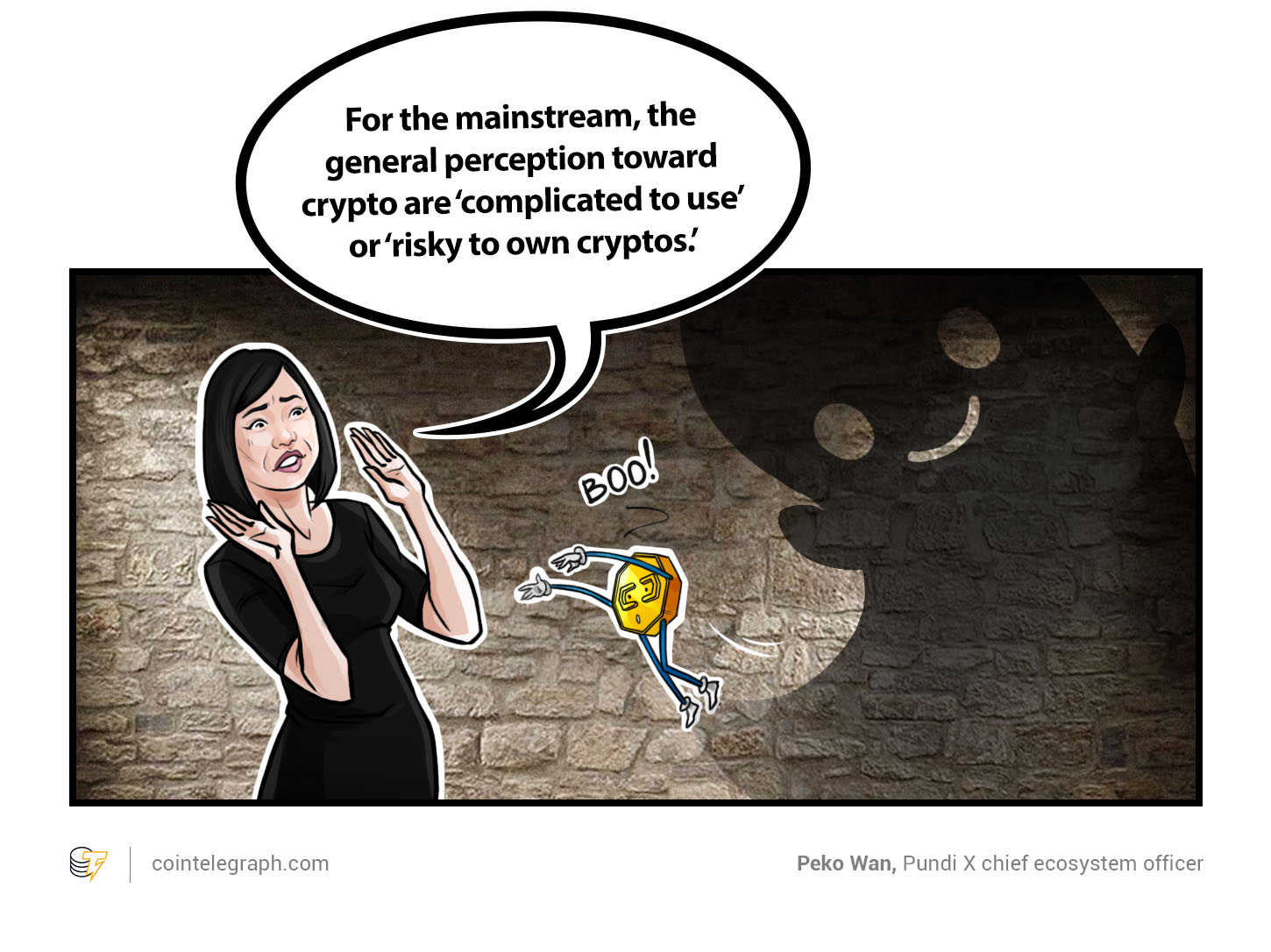 Where are the Bitcoin pizza coins now?

There was another blast from the past this week as the crypto community marked the 10th anniversary of Bitcoin Pizza Day. Back in 2010, programmer Laszlo Hanyecz paid 10,000 BTC for two Papa John’s pies — a purchase that would have been worth $92.5 million at today’s rates. New analysis has shown that a large chunk of this crypto went to a now-defunct exchange, while a slice has found its way to one of the most sizable Bitcoin wallets currently in existence. (Indeed, it seems many people have also had horror stories about the frivolous things they spent BTC on in the early days.) Despite promising growth and excitement during crypto’s bullish phases, payments with crypto remain niche at best. Crypto.com CEO Kris Marszalek told Cointelegraph “crypto is still something unknown” for the vast majority of merchants — and lack of trust is a particular problem. Pundi X chief ecosystem officer Peko Wan added: “For the mainstream, the general perception toward crypto are ‘complicated to use’ or ‘risky to own cryptos.’”

CZ may have pulled an Elon Musk-style gaffe on Twitter

Binance’s blockbuster acquisition of CoinMarketCap raised eyebrows — with some critics fearing that there was high potential for conflict of interest. Now, the exchange’s CEO, Changpeng Zhao, may have inadvertently admitted his involvement in managing CMC. In a tweet, he said: “This ranking is currently heavily biased towards web traffic, not 100% accurate, but better than before. Will continue to iterate.” Even if CZ isn’t involved in the configuration of various CMC metrics, it raises the question of why he is making public statements that suggest otherwise — and it could resemble public pressure on CMC’s management. The situation is reminiscent of a Twitter-enabled gaffe by Elon Musk, in which careless tweeting got the entrepreneur into trouble with the SEC.

CZ wasn’t the only exchange CEO who has been tweeting enthusiastically of late. Coinbase chief executive Brian Armstrong gave his views on the mainstream media and said many company leaders are opting to speak directly to audiences through blogs and YouTube videos instead of to reporters. Although Armstrong said “there are high-quality journalists out there,” he added many businesses prefer publishing to their own blog instead of getting just one quote in a “sometimes outright mean/snarky article.” His remarks prompted lively debate from other crypto executives. Binance.US CEO Catherine Coley replied: “I actually believe in the press and how important it is. Yes, we can speak directly to current users now, but for advancing the industry it’s more about telling stories through amazing storytellers.” 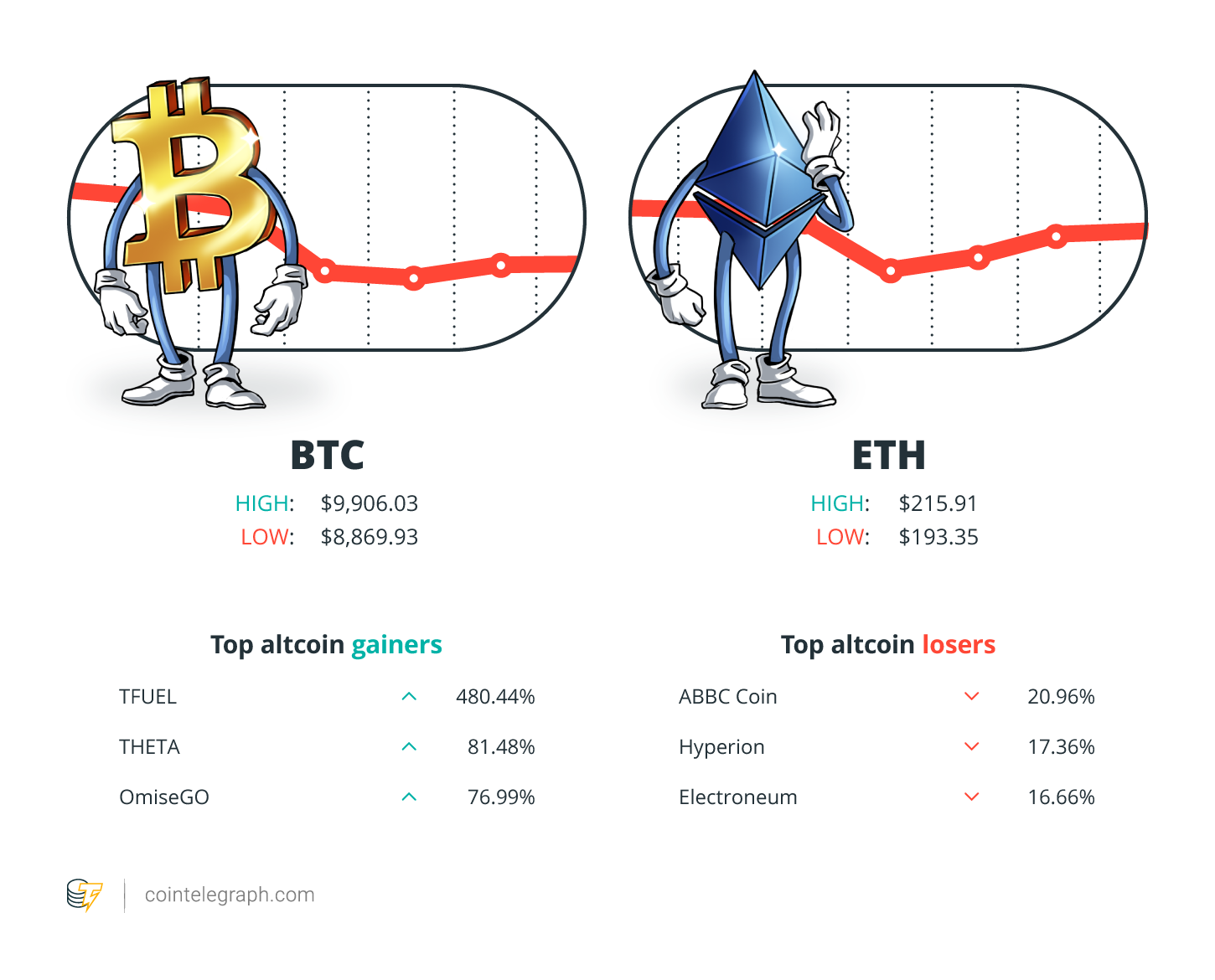 “Publishing to our own blog/twitter/YouTube lets us say what is on our mind and talk to our customers — not get one quote in an otherwise balanced (or sometimes outright mean/snarky) article.”

“It’s notable because it’s probably the oldest coins ever spent, so it’s mostly fascinating that someone managed to hold onto them for over a decade and by oldest I mean longest-aged before being spent.” 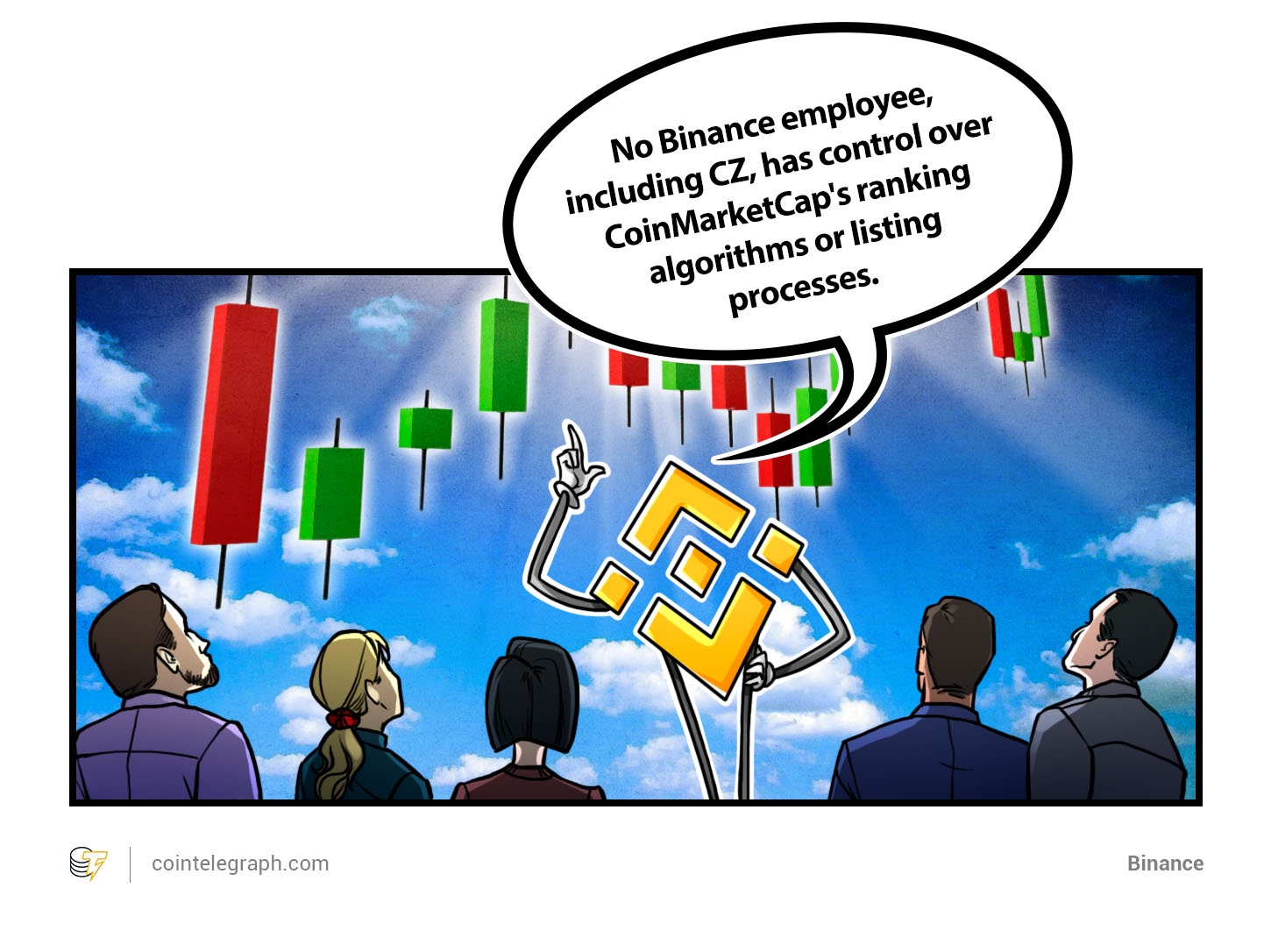 “Get gold silver Bitcoin and SAVE YOURSELF.”

The co-founder and CEO of the Bitcoin investing application Amber believes BTC could be en route to hitting its all-time price high once again. Aleks Svetski told Cointelegraph: “It’s just a matter of time — there’s a perfect storm brewing and the pressure will have to go somewhere. With Bitcoin, supply is fixed, and its utility as an un-inflatable and incorruptible money is only increasing — the only thing left to move is price.” Svetski said BTC will need “time and momentum” to return to $20,000, adding that he hoped a lower price floor remains for a longer period so he and others have the opportunity to buy additional, lower-priced BTC. “Retail punters will initially be hesitant, but as it charges ahead to $25K, $30K, $40K, the disbelief will transform into FOMO, and we’ll see an incredible price acceleration,” he said.

A billboard has emerged in Times Square calling for the release of Ross Ulbricht, the founder of the Silk Road darknet market. The 36-year-old was arrested back in 2013, and two years later he was found guilty of seven charges including drug trafficking, money laundering, computer hacking and criminal enterprise. He is currently serving two life sentences behind bars, with no prospect of parole. The “Free Ross” billboard is set to remain in Times Square for several months, and the publicity was said to have been paid for by a “generous supporter.” 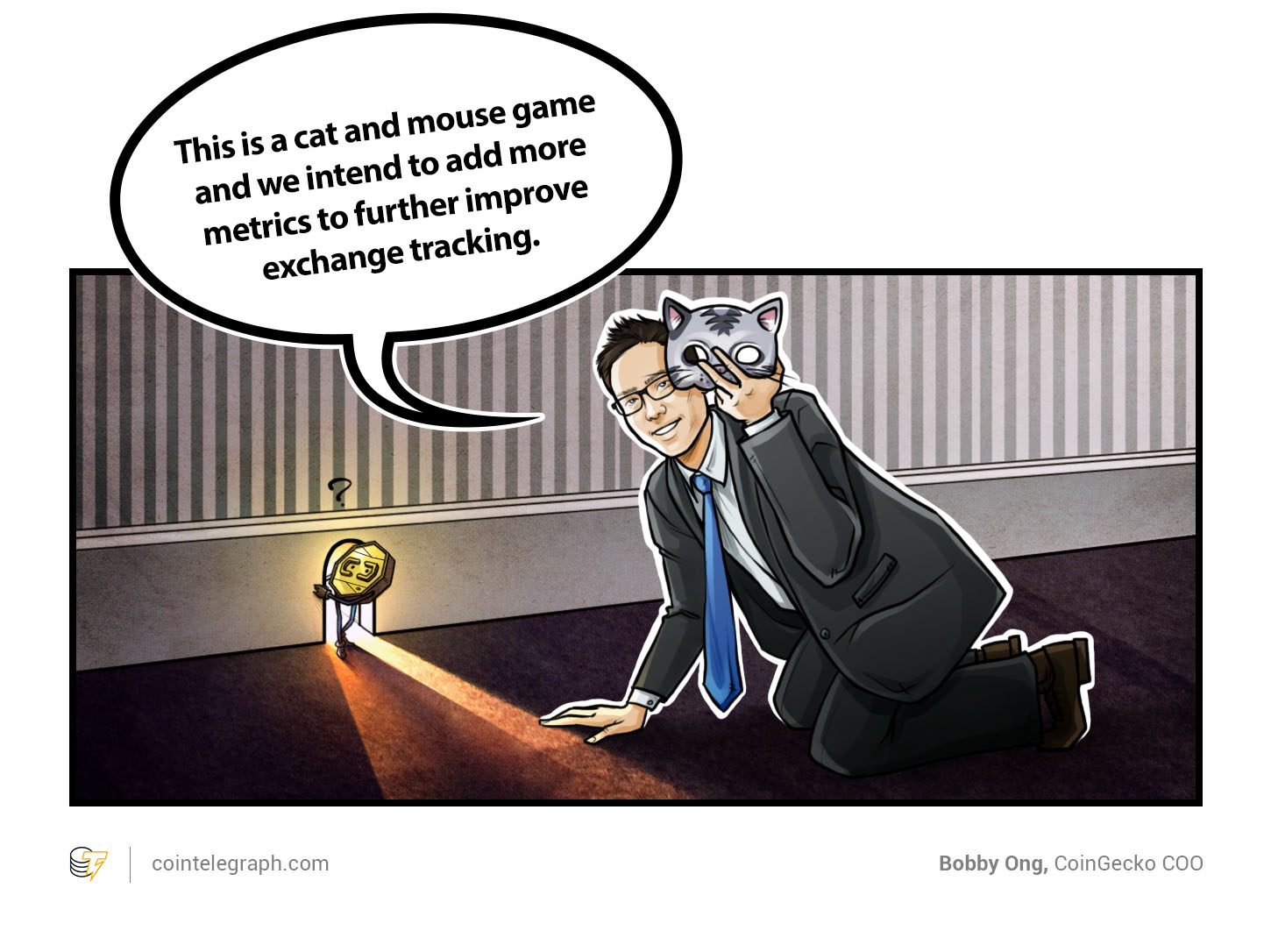 No, ISIS does not have $300 million in a Bitcoin “war chest”

Chainalysis has published a report debunking a number of popular narratives surrounding the use of crypto to finance terrorism. The blockchain intelligence firm’s report emphasizes the harm of false reporting in spreading misinformation and damaging the reputation of firms operating with digital currencies. Reports last week had claimed that the Islamic State’s missing $300-million war chest was being held in BTC, but Chainalysis says such a theory is “highly unlikely.”

A new ransomware attack method has been uncovered, which runs a virtual machine on target computers in order to infect them. Sophos, a U.K.-based cybersecurity firm, says the Ragnar Locker attack appears to be quite selective — often targeting companies rather than individual users. The ransomware asks victims for large amounts of money to decrypt their files and threatens to release sensitive data if users do not pay up. One Portuguese company had 10TB of information stolen and was told to pay 1,850 BTC (about $11 million) or see their data enter the public domain.

Bitcoin will create a new economic elite in 2020

The COVID-19 pandemic has revealed serious problems of the currently existing financial system — as well as Bitcoin’s benefits over it — writes Jonathan Leong.

Hanko’s time to go? Blockchain as a solution to Japan’s remote working issue

Hanko, or Inkan, is a stamp that’s almost ubiquitous in Japanese work and life. But as Hisashi Oki explains, the coronavirus pandemic is bringing this cultural tradition under renewed scrutiny.

Industry at a crossroads, crypto enters fourth phase of development

A recent Andreessen Horowitz report says crypto is in its growth stage, but critics say the industry is yet to create end-use value. Osato Avan-Nomayo has more.

Bitcoin’s active addresses fall below Ethereum’s after 60% drop in six...