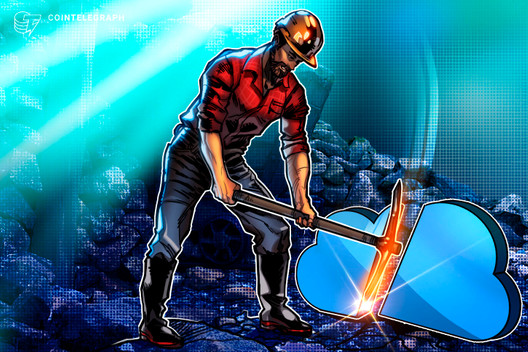 China-based mining pool Btc.top wants to upgrade the concept of cloud mining, which allows users to mine crypto remotely by buying a certain amount of hash power from a third-party, with what it calls “joint mining.”

Specifically, B.top claims to charge service and maintenance fees to its users only after they have reached the break-even point, meaning that its customers start to share profits when their revenue is equal to the cost they initially paid to purchase the equipment. According to the company, it then starts to charge from 17.5% to 30%, depending on how much their customers invested.

In addition, the B.top claims to be offering mining equipment “at bulk order prices,” allowing users to either purchase shares in single miners, depending on how much terahash (TH) of hash rate they want to own or buy those machines in whole. The latter option supposedly allows the customers to withdraw their equipment from B.top’s mining farms located across China and have it shipped to a destination of their choice, or re-sell their miners back to the company at the resale market price.

“I estimate that other industrial scale mining companies would also soon start offering similar joint mining products,” Btc.top founder and CEO Jiang Zhuoer told Cointelegraph, adding that he expects the offer to be popular among both retail and institutional clients:

“Although B.TOP is aimed at making it easier for individuals to participate in cryptocurrency mining, I believe that it would also attract institutional clients from around the world who would like to take advantage of our industrial scale infrastructure, strategic industry partnerships and lowest electricity rates from our data centers across China.”

According to Zhuoer, some of B.top’s joint mining users in China, where they premiered this program back in March, are willing to invest up to 10-20 million RMB, or $1.4 — 2.8 million. Now, the platform has launched internationally.

B.top claims to charge around 3.3 US cents per kilowatt-hour, although it seems that the price can change once the rainy season in Sichuan is over since at least some of its mining farms are located there. Users are charged for the electricity their equipment consumes throughout the whole program.

China remains king when it comes to mining

While China is currently responsible for as much as 65% of Bitcoin’s total hash rate, according to the Bitcoin Mining Map developed by Cambridge center for alternative finance, some countries choose to crack down on the activity.

Earlier this month, Venezuela, which occupies the 10th spot on the said map, banned crypto mining from state-owned housing.

This Eerie Fractal Predicts Bitcoin Will Slingshot Back to $10,000 In...

How Attackers Made $15M From Staking Platform Helio After Ankr Exploit