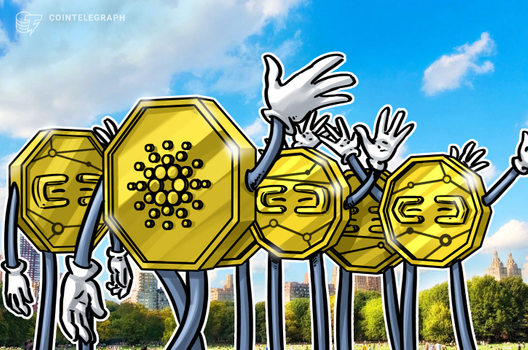 Charles Hoskinson, a co-founder of the Ethereum Network and current CEO of IOHK, has announced that IOHK-created project Cardano is rolling out version 1.6 within a few days’ time.

Hoskinson teased the upcoming launch in a Twitter post on Aug. 13. Hoskinson also asked users to send screenshots and comments on the latest version of Daedalus, which is an open source cryptocurrency wallet also backed by IOHK.

As per IOHK’s website, Cardano is a blockchain platform that uses the proof of stake algorithm Ouroboros. Its native cryptocurrency, ADA, is based on the functional programming language Haskell. Daedalus, for its part, is the only cryptocurrency wallet that supports ADA. Additionally, the website states that Daedalus can also be used as a wallet manager to organize and provide backup for other wallets and their assets.

A new project for Hoskinson

As previously reported by Cointelegraph, Hoskinson announced during the blockchain conference Consensus 2019 that he would be working on a new project with the security token platform Polymath. The project is called Polymesh, and is reportedly an attempt to create a blockchain for tokens centered on meeting regulatory requirements. In the announcement, Hoskinson said:

“After co-founding Ethereum and Cardano, two of the most widely used blockchains in the world, I am looking forward to working on Polymesh. There are quadrillions of dollars of financial securities, and building a blockchain to secure them is an incredibly exciting task.”

Hoskinson has also commented in the past on how he believes Libra is not going to succeed in its global aims, particularly within emerging markets. In an interview late June, he commented:

“Facebook has to come into countries it doesn’t know a lot about and convince them to enslave themselves to an economic monopoly and give nothing in return. And their only pitch is that you’ll pay less on fees. […] I’m going there and saying, ‘we’re going to rebuild all your systems so you have fraud-free land registration, better voting systems and improved supply chains.’ We’re already doing this stuff but it took years. These are relationship-based markets – and Facebook doesn’t have those relationships.”

CasperLabs to become blockchain of choice for the city of Fuzhou,...

What Bear Market? Why Bitcoin is Ready to Enter Next Bull...