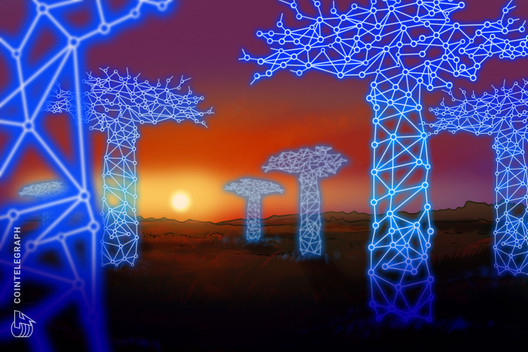 The Cardano Foundation announced a partnership with the South African National Blockchain Alliance (SANBA) on April 7. The partnership endeavors to explore further ways to strengthen technology’s adoption throughout South Africa.

According to the official announcement, Cardano will use blockchain technology to boost socio-economic growth in South Africa. The Foundation believes such a partnership will help them to achieve their goal of increasing blockchain adoption across the region.

South Africa as the key market for African blockchain awareness

Cardano cites the South Africa market as pivotal to building a network across the country that is made up of governments, institutions, and companies that currently use its technology.

The Foundation also stated that it hopes to help other countries on the continent to boost their own fintech efforts.

Importantly, COVID-19 isn’t slowing Cardano development efforts. The news of this partnership comes after Cointelegraph reported on March 25 that Cardano launched an off-chain scalability protocol called Ouroboros Hydra after building it up over five years.

What Venezuelans Think About Bitcoin and American Media