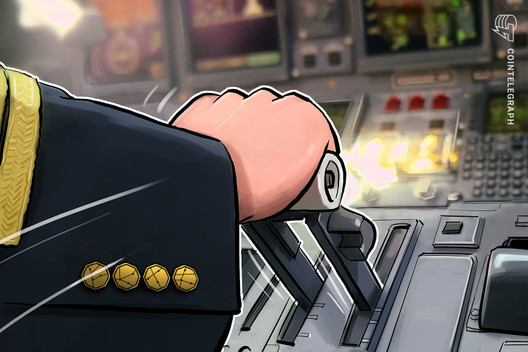 After raising $40 million to fund its blockchain platform, The Celo Foundation announced the launch of Mainnet, the next step of allowing transfers of its Celo Gold tokens.

In a Medium blog posted on May 19, Celo said transfers of Celo Gold (cGLD), an ERC-20 token, are now enabled via on-chain governance, meaning exchanges are free to integrate with the platform. The company thanked the “commitment, passion, expertise, and engagement of over 100 independent validators around the world” for making the network possible.

Cointelegraph reported that The Celo Foundation raised $10 million for the network in a dutch auction on CoinList on May 12. The auction sold out within 12 hours, with cGLD tokens selling for $1 each. With the launch of Mainnet, auction participants can now send and receive these coins.

However, the funds raised from the latest auction comprise just a quarter of the total assets invested in Celo. The company raised $30 million for its blockchain platform from firms including Polychain Capital and Andressen Horowitz.

The Mainnet release is the next step for Celo following the first stage of its mainnet launch going live on April 22. The company also plans to bring off-chain prices for cGLD on-chain through a series of Oracles, make Celo Dollars (cUSD) go live, and launch the Mainnet release of its wallet.

Speaking to Cointelegraph on May 16, Celo founder Rene Reinsberg said the Celo Wallet is the final step of Mainnet release, when cGLD holders would “be able to send Celo Dollars to anyone in the world with just their mobile phone.”

Five Gems From Van Valkenburgh’s Testimony At The Congressional Hearing