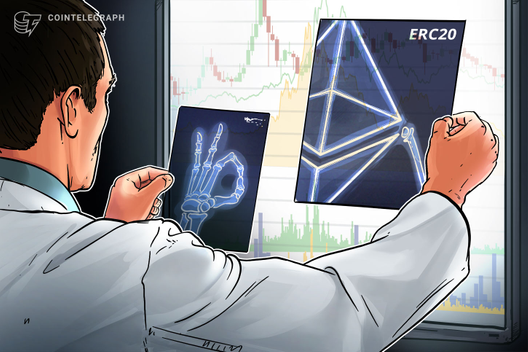 Furthermore, the company also announced plans to roll out support for 23 additional cryptocurrencies, including XRP, DASH, unshielded ZCash (ZEC), Dogecoin (DOGE) and Ethereum Classic (ETC) over the next three months.

Per the release, Chainalysis’s KYT tool is currently being used by over 130 customers in 40 countries. The statement also explains the aim of the service:

“[The tool is used] to screen transactions in real-time and receive alerts on suspicious activity.”

The firm claims that — with the system in question — it is “helping businesses rapidly meet anti-money laundering/combating the financing of terrorism requirements for new ERC-20 tokens.”

Chainalysis also plans to double the number of cryptocurrencies currently supported by the system by the end of 2019. Managing Director of crypto exchange eToroX Doron Rosenblum added:

“Developing ERC-20 stablecoins tied to various financial assets is an important part of our strategy to bridge the gap between blockchain and the traditional financial markets.”

Chainalysis KYT service was first launched in the second half of August for 15 major cryptocurrencies. As Cointelegraph reported at the time, the company claimed that this is the first solution that offers compatibility with such a broad range of assets.

Will Ethereum Give In To Bears?