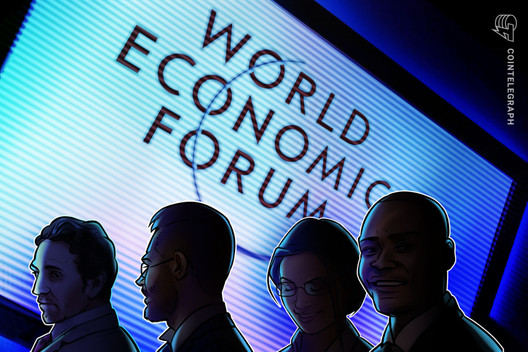 The World Economic Forum (WEF) has recognized six blockchain firms on its list of 100 ‘early to growth-stage’ companies as Technology Pioneers for 2020.

They’re among 100 companies from around the world chosen for their contributions to bleeding edge technology, from “artificial intelligence to diagnose cancers and quantum computing systems, to carbon capture and removing technologies, cell-grown meat production and use of microbiome to track goods”.

Honored to be chosen as a Technology Pioneer by @wef! https://t.co/klPNuBpnre

“By joining this community, Technology Pioneers begin a two-year journey where they are part of the World Economic Forum’s initiatives, activities and events, bringing their cutting-edge insight and fresh thinking to critical global discussions,” the WEF website said.

Chainlink’s co-founder Sergey Nazarov said the company was thrilled by the honor.

“Using smart contracts on the blockchain to bring enforceable guarantees to contractual obligations has widespread social and economic benefits. We’re proud to play a role in bringing accountability and automation to global and local economies, and we look forward to contributing to Forum dialogues on this challenge.”

Since 2000, the WEF has selected prominent and upcoming tech companies to be Technology Pioneers. Traditional companies like Mozilla, Spotify, Twitter, Google have made the list, but recently blockchain firms have started to be recognized more often.

In 2015, Ripple was named as a WEF Technology Pioneer. The forum also recognized Blockchain (the company) in 2016, for its role in empowering millions to authenticate and conduct transactions across the globe.

Bitcoin Rises in Line With Stocks After Dip Below $9K