China’s Blockchain Service Network (BSN) has announced the use of Chainlink oracles. With this, the BSN is allowing enable government and enterprise data to flow across its IRITA interchain service hub.

BSN earlier tweeted its excitement over the news. The network said this represents a major boost in terms of the network’s ability to integrate decentralized applications in its ecosystem. 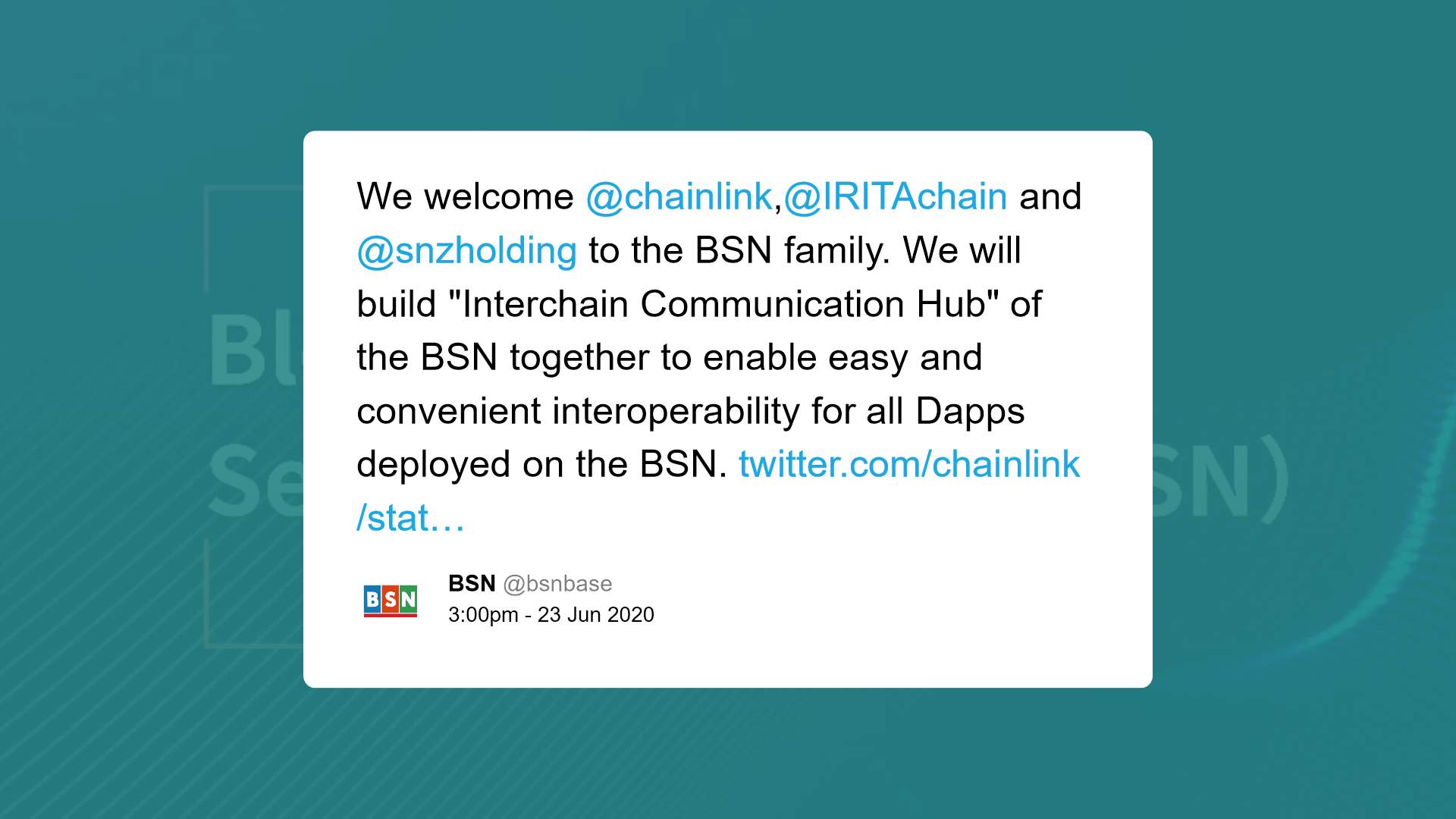 According to PR Newswire, the use of Chainlink will provide BSN users with the benefits of a secure and reliable service. Chainlink’s involvement will also further the network’s expansion at a global level:

“This integration of Chainlink provides BSN users additional security, reliability, and interconnectivity to help fuel even greater growth and adoption of blockchain applications in China and around the world.”

The tie-up will see Chainlink, IRITA, and SNZ Pool cooperating to the development and advancement of the BSN network.

IRITA is a consortium blockchain product on the Cosmos ecosystem. The firm describes itself as “the foundation for a new token economy.” It offers decentralized independent, parallel networks that can scale and interoperate with one another.

While SNZ Pool will provide the node operation for lightweight and efficient data applications to run across distributed devices.

“This multi-party collaboration will enable developers who build on BSN to access high-quality data through Chainlink which will make their applications more useful and connected with the real-world.” 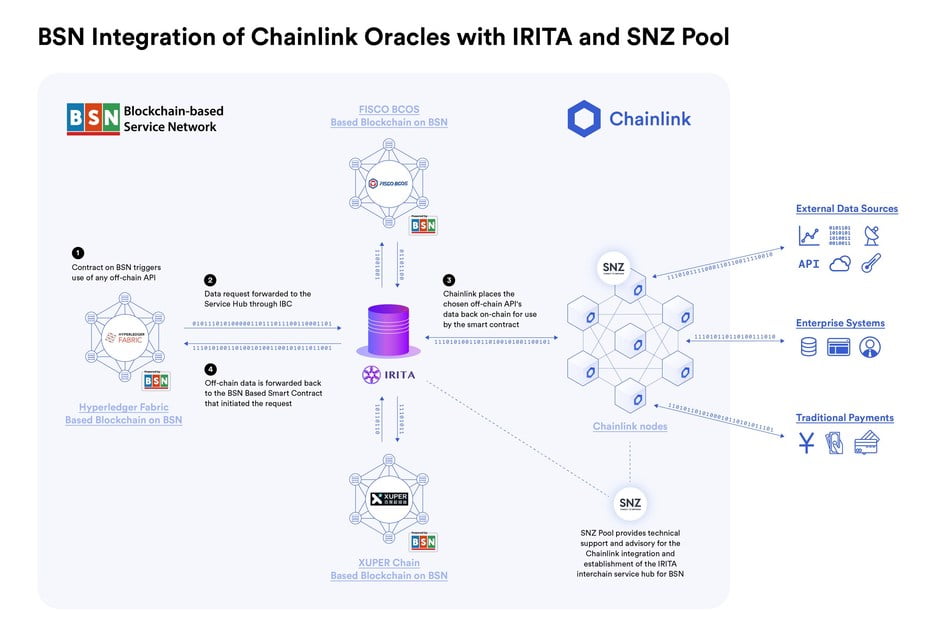 BSN Is the Backbone of China’s Blockchain Strategy

The BSN is made up of an alliance of Chinese government departments, banks, and technology companies.

It launched in March this year and is among the first blockchain networks to be built and maintained by a government.

Powered by Hyperledger Fabric, the basis of the network is a modular architecture. This allows participants to use existing blockchain programs, or build their own bespoke tools, all without having to design a framework from scratch.

The versatile design architecture benefits from economies of scale, with some saying the scheme will reduce blockchain development costs by as much as 80%. As such, the barrier to blockchain entry has been effectively lowered.

As well as that, Hong Wan speculates that the BSN will be a critical component of China’s central bank digital currency. Hong Wan is an Associate Professor of Industrial and Systems Engineering at North Carolina State University,

She acknowledges the popularity of WeChat Pay and AliPay. Yet she believes the BSN will be significant in challenging these payment services.

Roll out is expected to see nodes in over 200 Chinese cities by the end of 2020.

Chainlink Is the Go-To Oracle Provider

Chainlink is arguably the leading blockchain oracle network. Its technology links on-chain applications with off-chain data in a secure and highly reliable process.

The firm already has over 50 partnerships — including big players such as Google Cloud, Oracle, and Binance.

The latest announcement, with BSN, only cements Chainlink’s reputation as a project that holds the blockchain ecosystem together.

Why Are GameFi Projects Crucial Contributors To Crypto Adoption?