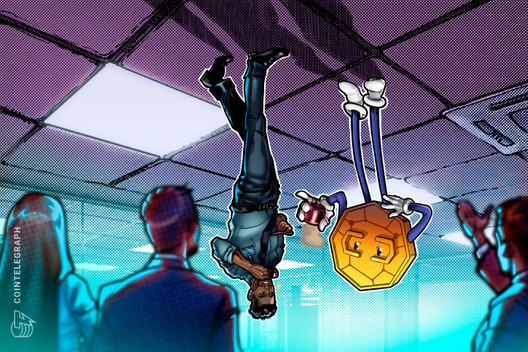 Acquiring financial knowledge is priceless nowadays and, to tell the truth, has always been. We live in times when the usage of fiat is steadily decreasing in the world’s top-GDP countries, and the cash era is meeting its end. Right now, most of the existing money in circulation is already digital, and while the digital age with the decade of e-money 2.0 steps in, one should gain a substantial understanding of how financial gravity works so as to not find themselves on the sidelines of the world of tomorrow.

All dynamic processes and phenomena in the universe occur only in strict submission to the fundamental gravitational law of the underlying dynamics. The world is arranged according to the principle of the dynamic ordering of hierarchical, centripetal systems. Everything dynamic that has a center and periphery will always acquire the principles, laws and order of formation — the hierarchies of similar systems built into one another.

Then again — what’s financial gravity, and what forces impact the market?

From mango field to business empire

The best way to gain an understanding of something complex is to let your imagination help. Imagine a distant tropical island that has no businesses and no investors and nothing at all, but has a constant tourist turnover. Here is a particular room for opportunity. The most sharp-witted ones start opening up a mango-selling business. What’s the very first thing an entrepreneur is looking for? He seeks investments.

From this starting point, when an entrepreneur chooses to launch a business, there is a choice: the most straightforward one is to visit a neighbor and ask for some money. The borrower will evaluate credit risk, the percent of failure — let’s say, 20%. Later, such stakes become the local business benchmark. There is a specific rate at which people are ready to credit when more people come to loan the money later.

Later, as soon as the first local central bank is opened, this island’s debt can be bought for 5% of income. Now we have a competitor on the market being established. There is a competition present on the market — a rather drastic one. The risk-free rate (or floor) is up to 5% now. If a financial institution runs out of funds at some point, it can loan some money at the bank at 4.5%. Equilibrium is a state in which opposing forces or influences are balanced — in this case, it would be a constant 5%.

Later in our story, an economic collapse happens at some point and the market falls. The central bank lowers the deposit rate up to 0% — meaning that a low-risk (investment grade) financial institution can issue bonds and get the money almost at 0% as risk spread compresses.

What does that mean? There was not a single situation when a customer was at ease. When the rate is reduced to zero, the potential margin spread widens, and the rate later narrows as competitors appear. There is a problem as this real margin of 0% stays for quite a long time, even after the economy has recovered. And the central bank does not raise the stake back higher up to the previous level of, let’s say, 5%.

What happens then? A lot of financial instruments arise around these economic relations, and financial leverage is growing within the system as all these instruments exploit the government’s 0% margin system to the max. In the equilibrium, when there would be no mechanism with an artificially lower central rate, the rate would increase at the time of the recession along with risk. No one would want to finance a mango business when tourists aren’t coming to the island anymore. The market rate grows in recession moments, which can balance demand and supply and make a positive economic outcome in the long term. Excessively long business financing leads to an unpleasant revelation: leverage-like institutions start to grow over time like mushrooms on a rainy day, which later produces a risk to a more substantial impact on the economy if the substantial economic risk materializes. This is what is happening now: Too many products have been created that they, during the course of a rate increase, raise the negative influence on the economy.

For example, the United States increased interest rates last year, the market started to fall, and the flow of credit grinded to a halt. Gravity in finance is the financial market rate — the initial mango supplier’s 20%, which can be a constant rate — the immutable super constant that can never be changed, just like how traditional Newton’s gravity is always equal to 9.81 m/s2 on Earth and is still the same at any period of time.

What’s the point of changing gravity?

Changing gravity in finance is primarily to stimulate economic activity, but instead, it turns out that the only segment of real business influenced by this approach is the risk-free segment. In fact, most small-time businesses make up the largest chunk of the actual economy and they are not affected by this, so the approach must be changed in order to make an impact on the real, working part of the economy. Mango risk spread is increasing and the real interest rate might even stay the same or even worse — increase.

Moreover, gravitation in finance is crucial to proper market functioning and accurate activities evaluation. It’s great to have local gravity lowering in this field, but things such as “zombie companies,” “zombie debts” and other infamous stories can crop up in the long term, buying up a large chunk of local government stock and bonds.

Someday, a specific restructuring will take place, or the market will devolve into something worse. It will definitely be exciting to watch the emergence of hot cases built around this colossal topic. Blockchain technology guarantees the mathematically known rate years ahead — the very essence of crypto assets lies in prediction markets.

The competitor mechanism of inflation in which global people are given the power to set the inflation rate has already been introduced — it’s crypto. This is a primary and principal value of DLT-based currency. Quite the contrary, in traditional private companies such as the Swiss National Bank, a complex process must be initiated in order to have a voice and change something. But we know that already, right? It’s time to choose the next step on the road to a better future of the financial system, and this future lies in decentralization and trust quantification.

The views, thoughts, and opinions expressed here are the author’s alone and do not necessarily reflect or represent the views and opinions of Cointelegraph.

Gregory Klumov is a sought-after stablecoin expert whose insights and opinions appear regularly in numerous international publications. He is the founder and CEO of STASIS, a technology provider that issues the most widely used Euro-backed stablecoins with the highest transparency standard in the digital asset industry.

Newest Crypto - September 28, 2022
0
Regarding criticism around corruptible judges, Daniel Goldman, an engineer at Ethereum scaling company Offchain Labs, noted, “Those outcrying against this seem unaware of...

Can Ethereum Sellers Keep The Decrease Going Below $125?