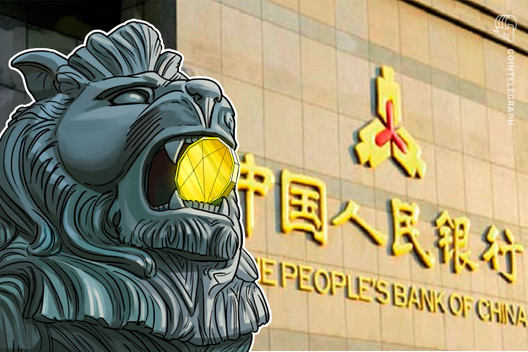 The People’s Bank of China (PBoC) has claimed that its digital currency “can now be said to be ready.”

According to PBoC deputy director Mu Changchun, a prototype that adopts blockchain architecture has been successfully developed after five years of research.

His announcement, made at the China Finance 40 Forum, was reported by local news site Shanghai Securities News on August 10.

Mu said issuing a digital currency using a pure blockchain architecture would be difficult to achieve in a country as big as China because retailers require high concurrency performance.

The digital currency is also going to adopt a two-tier operating system to cater to the nation’s “complex economy with a vast territory and a large population,” with PBoC on an upper level and commercial banks on a secondary level. According to Mu, this will improve accessibility, enhance adoption rates among the public, and promote innovation among commercial entities.

According to the PBoC executive, the digital currency is designed to be suitable for “small-scale retail high-frequency business scenarios.”

A threat to the United States?

As reported by Cointelegraph on Aug. 9, the PBoC has been planning to get ahead of the U.S. and Facebook’s Libra by issuing a national cryptocurrency, as American politicians slam the brakes on the social network’s stablecoin because of regulatory concerns.

However, despite the upbeat remarks by Mu, it remains unclear exactly when China’s digital currency will actually launch.