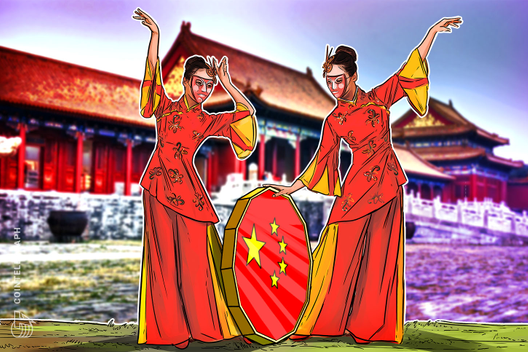 According to a Reuters report on Sept. 26, stocks of China’s fintech firms have seen a notable surge this year amid investors’ anticipation of China’s launch of its own digital currency as well as the demand it would generate for security and payment services.

As such, the CSI fintech theme index — which is composed of A-Share stocks relating to fintech, including payment and settlement, capital raising, wealth management and retail banking — has gained more than 50% so far in 2019, the report notes. Another major stock, Beijing Certificate Authority, which is focused on electronic authentication services, seen a record high this month after soaring almost 200% in 2019, according to Reuters.

No CBDC in the near future, PBoC says

Meanwhile, the People’s Bank of China (PBoC) recently denied rumors that it would launch its own digital currency in the near term as the bank reportedly claimed that it has no timetable to launch as of Sept. 24. The plans were first reported in late August 2019, when a local media outlet wrote that the PBoC was almost ready to launch its government-backed digital currency in the wake of Facebook’s introduction of Libra white paper in June.

According to a report from China-based publication the Business Times, some financial analysts were expecting that the country would launch its much-anticipated cryptocurrency on Nov. 11, which coincides with the country’s Single’s Day, one of the busiest electronic shopping events of the year.

Newest Crypto - December 6, 2022
0
With the Stax, Ledger was hoping to develop a more stylish and functional device than the previous Nano S – which looks more...

Bithumb to ban employees from trading crypto on its platform