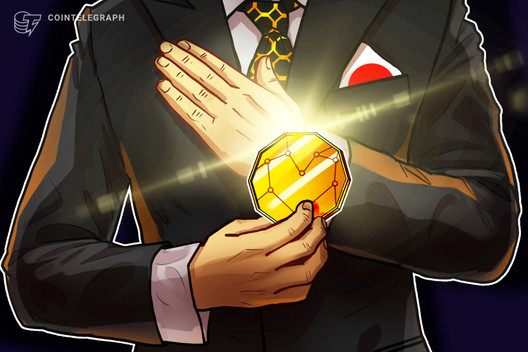 OKCoin, one of the oldest exchanges in China, is continuing its crypto exchange business expansion, announcing on March 30 that it has officially secured licensing in Japan.

OKCoin has been anticipating this day

Per its announcement, OKCoin Japan has completed its registration with the Kanto Local Finance Bureau. According to the firm, this makes OKCoin the first international exchange to obtain a cryptocurrency exchange license through the official application procedure in Japan.

OKCoin Japan said that ever since its establishment in September in 2017, it has been preparing itself to be in a position to achieve a business framework that can comply with Japanese law.  OKCoin marketing manager added that:

“OKCoin wants to get recognition from the Japanese authority in terms of their own technologies, products, teams, compliance & regulation system and internal management system, etc., in this way, they finally get approved by the license.”

OKCoin has been expanding its global presence since 2013

OKCoin is now officially headquartered in San Francisco and has a number of offices worldwide including Malta.

OK Group has expanded its business bases in China, the United States, Europe, Malaysia and the Philippines since its establishment in 2013. With the expansion in Japan, the blockchain company is set to employ over 1,000 globally, OKCoin says.

Before OKCoin Japan’s exchange officially launches, users can now pre-register by visiting the firm’s main site to create an account. It will support the Japanese Yen and deal with major crypto assets, including BTC, ETH, ETC, LTC, and BCH.

As Cointelegraph reported previously, OKCoin added support for the Singaporean dollar earlier this month. It is the third fiat currency supported by OKCoin after the United States dollar and euro.

So what if Bitcoin price keeps falling! Here is why it’s...

Cryptocurrencies That Will Impact the Globe