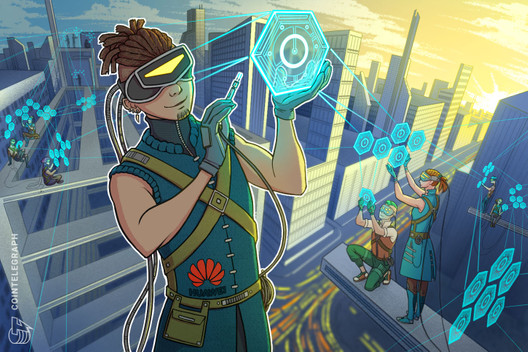 Shenzhen and Huawei join in a partnership to boost blockchain and other technological adoption in the region.

The government of the Nanshan District of Shenzhen, China has announced an agreement with the multinational telecommunications and consumer electronics giant Huawei to boost the adoption of blockchain, among other technologies, in the region.

According to an April 13 report from local newspaper The Global Times, the Nanshan government and Huawei will work together to establish the Kunpeng industrial demonstration zone, to accelerate the application of blockchain, artificial intelligence, big data and 5G.

Both parties agree that the move should turn the city into a model zone for the chip industry and other cutting-edge technologies.

Shenzhen as a pivotal city for China’s blockchain development

The announcement of the strengthening of Shenzhen as a blockchain-friendly city in the country, considered as the commercial connection point between Hong Kong and China, realizes the importance it has for the national government in the development of such technology.

As Cointelegraph reported last year, Huawei signed a strategic cooperation agreement with the People’s Bank of China (PBoC). Although limited details were made public, the telecommunications giant has been developing measures to strengthen the adoption of blockchain in the country.

Chinese government and Huawei partnerships in the past

Also, the PBoC announced in September that it had started testing its digital currency in Shenzhen, in conjunction with Huawei and some of the biggest commercial banks in China.

As of press time, Huawei has not released a statement formalizing the announcement of the agreement with the Nanshan government of Shenzhen, nor has it issued additional comments on the matter.

Newest Crypto - November 29, 2022
0
Unlike staked ether (stETH), or bridge protocols which allow you to “transport” tokens to different protocols (ie, sending Solana-based tokens to Ethereum via...

The Metaverse Is Struggling to Hold Onto Users. Sports Could Fix...