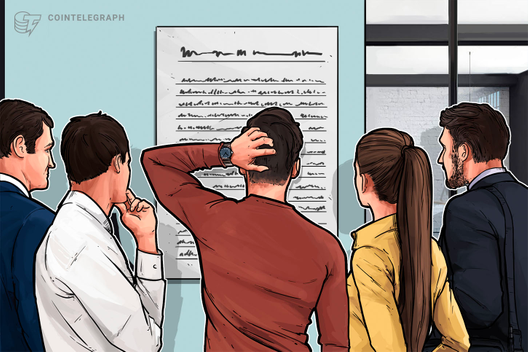 Filed on Friday, Sept. 27, the complaint requests a trial by jury, alleging that Byrne designed Overstock.com’s digital asset-based dividend as a means of punishing short sellers, which other outlets have alleged previously. On the subject, and in language more dramatic than many legal filings, the complaint reads:

“While defendant Byrne had previously, at different times, launched into public tirades over short selling and naked short selling, the tZERO Dividend was his secret plot to finally obtain hegemony over them — and it almost worked.”

In July, Overstock.com began offering a special dividend called “Digital Voting Series A-1 Preferred Stock,” which would trade on the company’s own blockchain platform. However, and unusually, investors would not be able to trade the dividend at all for six months. The complaint explains the mechanism of tampering with Overstock.com’s stock price:

As Cointelegraph reported at the time, Byrne managed to sell his 13% share in Overstock.com for $90 million in the days leading up to Sept. 18.

The complaint claims that Overstock.com, Byrne and Iverson violated Section 10(b) of the Securities Exchange Act governing antifraud provisions of securities swaps, and that Byrne alone violated Section 20(a) of the same act by virtue of his status as controlling person.

Both Byrne and Iverson resigned from their positions at Overstock.com recently, Byrne on Aug. 22 and Iverson on Sept. 17. Byrne’s resignation was particularly dramatic, with him claiming that it was due to scandal surrounding a relationship with alleged spy Maria Butina and involvement with federal agencies.

News of Byrne’s resignation came as a shock to the crypto community, given his long history of support for Bitcoin and blockchain technologies. Indeed, Friday’s complaint reads that:

“In fact, it was recently reported that, for the last several years, defendant Byrne spent no fewer than 220 days a year on the road, ‘spreading his blockchain gospel, despite the fact that Overstock was hemorrhaging cash.’”