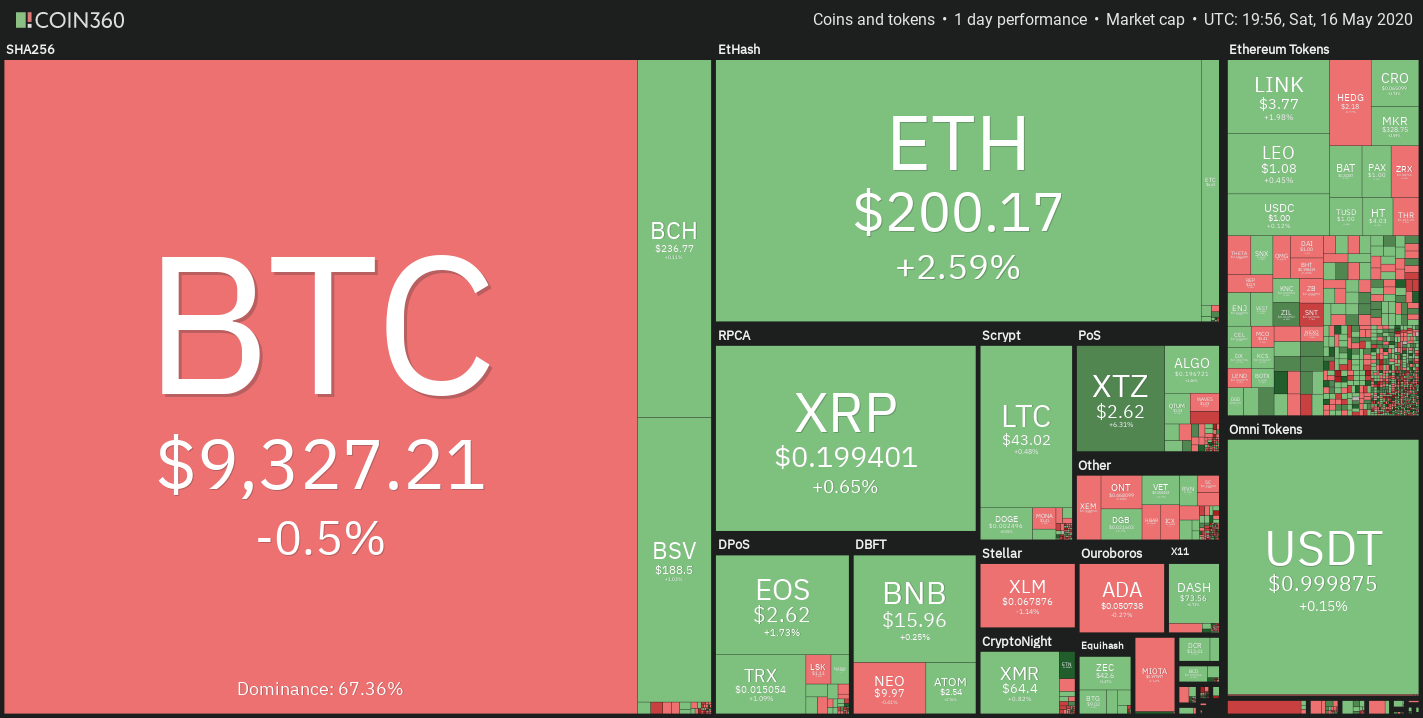 Top traders expect the price of Bitcoin to surge to $9,800 after the price demonstrated a classic technical pattern known as a falling wedge breakout.

In the last 36 hours, the Bitcoin price slid downward from $9,970 to $9,100, with barely any attempt of a significant recovery. That led Bitcoin to consolidate under a descending trendline with relatively low volume.

Bitcoin breaks out of a short-term trendline. Source: Satoshi Flipper

But on May 16, the price of Bitcoin recorded its first clean breakout since a local peak above $9,900 was achieved on May 14. The rebound of BTC from a key support area at $9,200 created a strong foundation for Bitcoin to lead a near-term upsurge to higher resistance levels.

Classic falling wedge breakout, then retest. Expecting to take another shot at 9.8k.

Whether the price of Bitcoin will see a continuation of an uptrend above $10,000 in the near-term is another question. Even if BTC climbs to $9,800, there are two scenarios that make a bearish and a bullish trend equally likely.

The bearish and bullish scenarios for BTC

If the price of Bitcoin rises to $9,800 and rejects in a similar manner as it did when it fell steeply from $9,970, it leaves BTC vulnerable to three consecutive lower highs at a high time frame.

Simply put, subsequent to the rejections of $10,085 and $9,970, a breakdown at $9,800 would indicate three rejections of a multi-year resistance area within a short period of time. 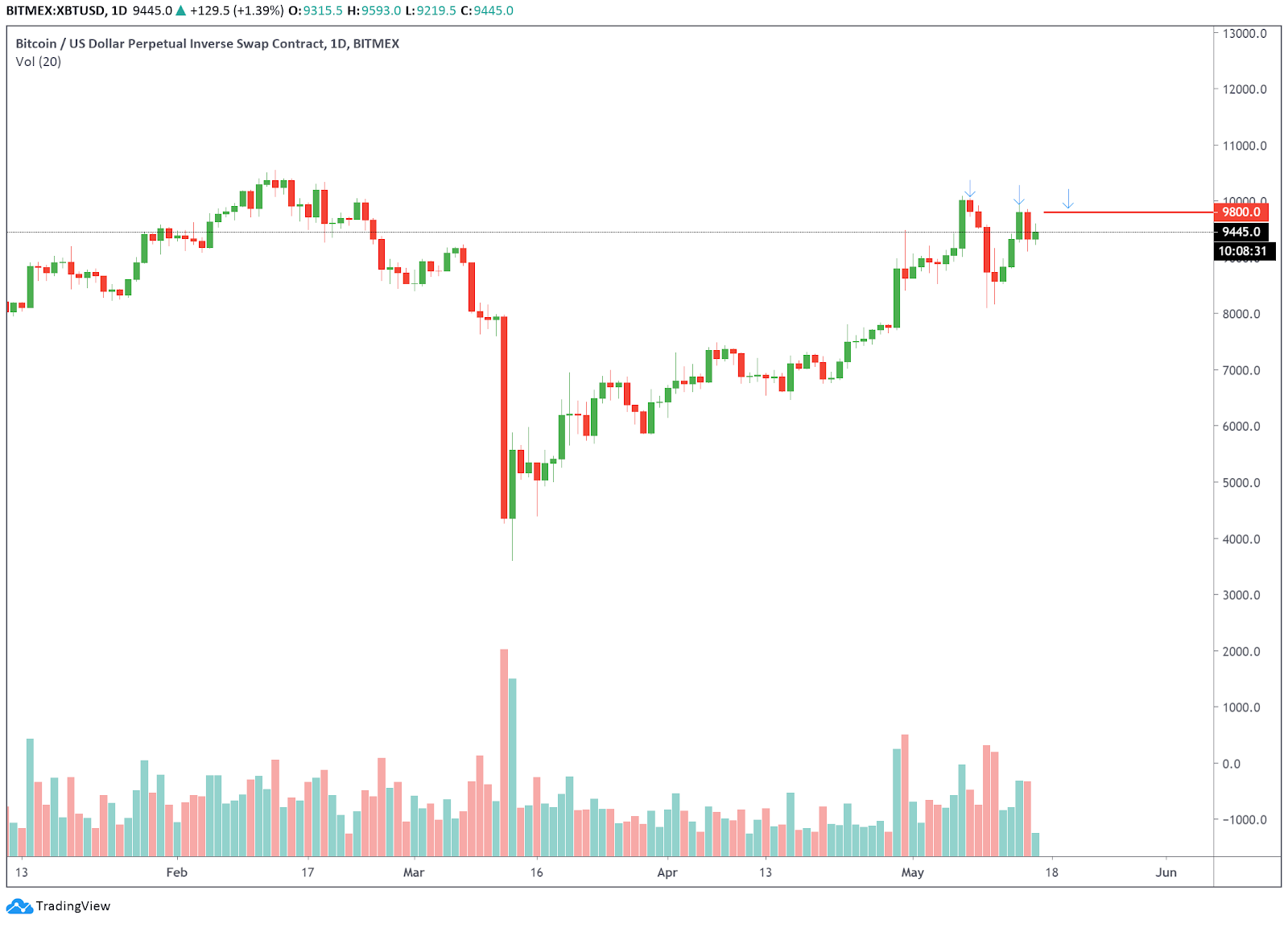 The most optimistic scenario would see Bitcoin reclaim $9,800 and a powerful rally above $10,000. Such a move would print historically accurate technical formations like a cup and handle pattern that may spark a new prolonged rally.

A consistent increase of Bitcoin withdrawals from exchanges may bolster the bullish scenario of BTC over the medium-term.

Data from glassnode and crypto trader Ceteris Paribus shows that exchange balances are down by around $3 billion since BTC dropped to $3,600 on March 13.

On-chain data indicates that fewer users and investors are compelled to sell BTC at current prices, making the likelihood of an extended Bitcoin rally increase despite its 160% price spike within the last two months.